And in New Jersey, as in New York, Illinois, Texas and many other states, volunteer chaplains —volunteers of any sort, in fact — are not allowed to remotely contact the incarcerated people...

NEW YORK, Nov. 10, 2020 (RNS) — The men incarcerated in a New Jersey state prison have a favorite prayer to chant along with the volunteer rabbi who, before coronavirus lockdowns, visited every Friday evening for shabbat: Shalom alechiem.

“It resounds throughout the room when they sing it out, the idea that angels are with them,” the rabbi, who did not want to use her name or the name of the prison in case it led to her visiting privileges being revoked, told Religion News Service over the phone.

“The men bring this lens of their lived experience to the text. So many of the stories are written in the context of pain and isolation and historical oppression. … To me it reveals the meaning behind them,” she said.

Since the lockdown began in March, the rabbi hasn’t been able to see the 15 or so men — some who practiced Judaism before, some who found it inside — who usually come to worship every week.

And in New Jersey, as in New York, Illinois, Texas and many other states, volunteer chaplains —volunteers of any sort, in fact — are not allowed to remotely contact the incarcerated people they have relationships with: no phone calls, no Zooms, no letters, no emails.

That rule hasn’t changed despite the fact that coronavirus lockdowns have kept chaplains from visiting in person — as well as friends and family — and paused all regular educational and religious programming.

“It’s scary. I don’t know what they are going through. I can’t imagine what it’s like right now to be utterly cut off from community and from family,” the rabbi said. “The men have said the services help them transcend the walls of the prison. … We can create a sacred moment in a chaotic and hectic environment.”

In their place, in prisons across the nation, new battles have arisen: for dignity, for hand soap, for adequate cleaning materials and for hand sanitizer and masks, both of which were banned (for their alcohol content and face-covering effect, respectively) prior to the pandemic.

Experts have pointed out that social distancing is impossible in prisons, and the ACLU estimated the coronavirus could claim 100,000 more lives than most models predict, due to the country’s refusal to release at-risk incarcerated people.

Jeffery Parker, executive director of Restoration Outreach of Dallas, a Christian-based nonprofit that works in five prisons in Northern Texas and serves around 1,200 incarcerated and recently released men every year, described the lockdown as “very lonely” and “really horrific” for the people on the inside.

“Faith plays a huge part for the prison population and prison community. Without it, there’s just a huge void. With no church and no contact from family, depression increases,” Parker said.

The sense of isolation is enormous. “I’m indigent and have no family or outside support,” wrote C.V., who is incarcerated in Texas, in a letter from late August shared with RNS. “I’m only with the Islam community in here and we can’t attend Jumu’ah (Friday prayers) or gather with each other.”

“A lot of these brothers in here are struggling,” he added in the letter.

‘We rely on volunteers’

Religious practices of all sorts are fixtures of community for those inside —  and all have been stymied by the pandemic lockdowns.

Chase Wilhelm, the chief chaplain of the Illinois Department of Corrections, noted that “while (due to social distancing restrictions) communal worship has looked different, we’ve successfully passed through Easter, Ramadan, Yom Kippur and Rosh Hashanah.”

One of his main priorities, he said, was “making sure the facilities find comparable material for the minority-faith religions.” In Illinois, he said that meant providing materials for Odinists and members of the Moorish Science Temple of America, ensuring Rastafarians could observe Grounation Day on April 21 and allowing Wiccans, pagans and neopagans to “get out into the yard” for the solstice on June 20.

According to Wilhelm, all this was accomplished by “tailoring” worship down “to an individual scale,” by designating day rooms for daily Muslim prayers and distributing approved reading materials and DVDs, sometimes of services recorded by the usual volunteer chaplains, to be played on TVs in the day rooms.

Yet, he confirmed, those videos were only viewable when people could go to the day rooms, and not if they were confined to their cells on a total quarantine-level lockdown, as could be the case for months on end.

In Bedford Hills Correctional Facility in New York, where almost 650 women are incarcerated, for example, the practice of restarting the clock on a 14-day lockdown for 22-23 hours a day whenever a new coronavirus case was identified made the isolation on many units feel unending.

According to a June report from Unlock the Box, since the beginning of the pandemic at least 300,000 people have been placed in solitary confinement — an increase of 500% — a practice known to produce dire psychological and physical harm.

Other states besides Illinois, too, have relied on distributing readings they have approved as substitutes for services — with the same limitations.

The head of communications for the Texas Department of Criminal Justice said it had distributed “over 10,000 DVDs of various faiths to all units” to be played on day-room TVs.

The director of communications for the New Jersey Department of Corrections wrote in an email that “inmates were provided various faith-based materials from the (Quran) to daily readings and other inspirational material as requested.”

Some chaplains employed by the state, such as Wilhelm, have been able to go into facilities and visit people in their units. But because states are so dependent on volunteers — “we rely on volunteers,” Wilhelm said — the fact of the matter is that without them, and without the community that comes from gathering with other worshippers in person, the tenor of life inside has deteriorated.

And for those who fall ill, or are surrounded by those who are ill without adequate personal protective equipment, the chief concern of daily life is survival.

‘They’re more isolated than they ever have been before’

Some religious groups are filling small gaps  to care for those inside. Nancy Tebo, who has been incarcerated at Bedford Hills Correctional Facility for 10 years, wrote in an email to RNS in May that “some kind and caring individuals sent us three bars of soap. We received soap two other times, three bars and then one bar from outside people, all having to do with churches. If you rely on Bedford Hills policy, we get two bars of soap a month!”

Another group stepping in is Masjid al-Rabia, an LGBTQIA-focused mosque in Chicago that runs an outreach and advocacy program for incarcerated people nationwide. The mosque’s work has intensified since the start of the pandemic — and, because it was initially based on letter-writing, it has been able to continue unabated.

“Generally when someone is incarcerated, they have certain things they have to get because it’s part of the law — they have to be fed, have to have clothing, have to have spiritual care (whether in the form of services or books), and they have to have communication with back home,” said Malik Johnson, the director of prison outreach at Masjid al-Rabia. “Under coronavirus, all of these have been affected.”

Writing letters, calling home and getting necessities at commissary costs money, and as widespread unemployment looms for their families on the outside, many have been writing to Johnson to ask for funding through the mosque’s mutual aid fund.

Others have requested books and rugs for prayer, which Johnson sends through the mail. “If I were to get 30 letters in a week,” Johnson said, “15 are talking about ‘can you help get this service back.’ Ten are asking for aid because there isn’t a lot of food coming in. The other five are just because they’re lonely and want to talk to someone. They’re more isolated than they ever have been before.”

In a representative letter Johnson shared with RNS, sent to him from Louisiana in late September, a correspondent wrote, “Thank you for being considerate enough to respond to my call for spiritual support. … Over 100 inmates in my dormitory tested positive for the coronavirus (myself included). And we are now on quarantine. Allah Ta’ala has sustained me throughout this ordeal.”

The Rev. Jason Lydon, a Unitarian Universalist minister in Chicago and the founder of prison-abolitionist organization Black and Pink, echoed that religion has the potential to provide great material comfort behind bars — though he also noted it has the potential to further entrench governing theologies of punishment and penance he sees as unproductive.

“Religion in prisons can provide a lot of harm, particularly when the prison-industrial complex and the state are most interested in bringing in religious leaders who are interested in furthering their agendas,” he said. For example, when Lydon himself was incarcerated, a religious leader told him that, in terms of authorities he must be obedient to, “It was the BOP (Board of Prisons) first and God second,” something he described as a “heartbreaking” thing to hear.

Lydon’s own understanding, developed partly while he was incarcerated and partly when he became a minister after he got out, is different: “Universalists say we don’t believe in hell, and as humanists, we believe it is life as it is that matters.

“Our theological responsibility is to abolish hells on earth now, and not wait until we die to realize that we didn’t deal with hell as it is,” he said.

In terms of reckoning with the immediate and deadly reality of coronavirus, Lydon said religious and nonreligious groups alike must advocate to “release everyone over the age of 60 and ensure people have safe places to go when they got out, (by) partnering with local orgs and state agencies. …. Figure out more depopulation efforts, because folks can’t possibly physically distance, (such as) releasing everyone whose sentence wraps up in the next two years and halving everyone’s sentence.”

“It’s not full abolition,” he added, “but it moves us in the direction of decarceration.” 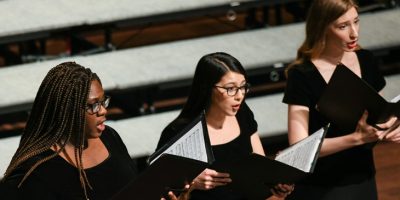 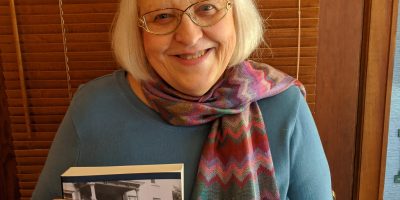