The young Imam is now assistant to the director of the Center; Sheikh Kifah Mustapha, another Anti-Jewish preacher (see https://xpian.news/2018/11/21/opinion-muslims-in-chicagoland-should-reject-preachers-of-anti-semitism/). 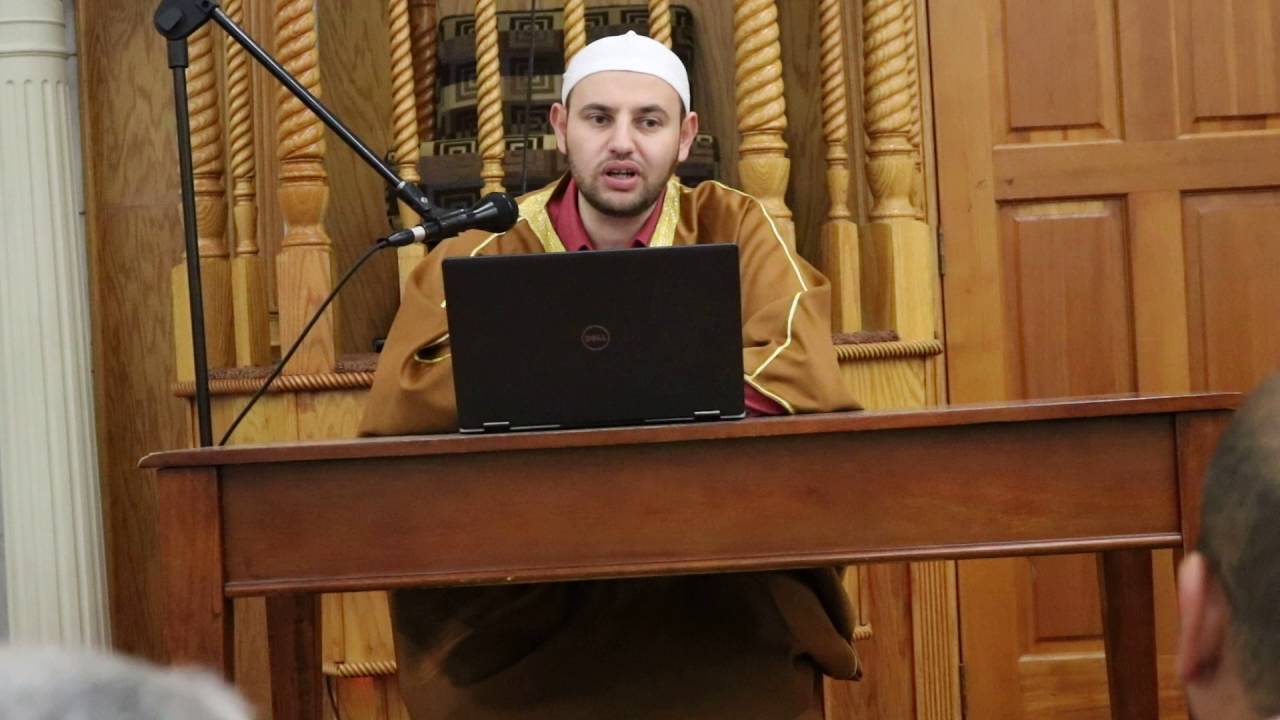 One would think that a young imam with a Ph. D has a lot to offer, educating the Muslim youth in America. Instead however Zamara is a conduit of the anti-Semitic/anti-Jewish rhetoric.

In one of his online lectures published on YouTube on November 27, 2016, he talked about his views on the Palestinian Question (

“For us [Muslims] this cause is first religious before it is a national [Palestinian] cause,” he added. “But to be clear,” Zamara said, “Muslims hate any creed other than Islam.”

“No doubt,” he added; the struggle [against Jews] has economic, political, and strategic dimensions, but we should not ignore the religious dimension.

Trying to Islamicize the history of Jerusalem, Zamara said that Allah, in prehistory, built the Kaaba in Mecca and after 40 years built the Aqsa Mosque (using angels, according to Zamara). “This is why, our right to Palestine is not only religious, but also historical,” Zamara stressed.

Zamara said that the Jews were favored by Allah for some time, because of their faith then, but “they were like guests in Palestine, because they stayed there a short period of time and left the land,” he added. The Zionist entity falsifies history [in order to prove Israel’s right to the land], he added. But, Jews lost Palestine because of their corruption, he concluded.

Zamara lashed out with an anti-Jewish diatribe:

“The Jewish religion glorifies the Jewish person, and believes that a Jew is supreme to all creatures. Even more, Jews believe that they are from the Spirit of Allah, part of Allah, glorify a Jew more than Allah, and believe that all humanity are servants to Jews. Jews defile our [Islamic] graves [in Israel] and do not value or respect other people, whether dead or alive, and liken [or consider] the Gentiles (non-Jews) to beasts and animals.”

Furthermore, Zamara said that Muslims should work on defending and freeing Palestine from Israeli occupation through Jihad saying that all Islamic schools of fiqh (jurisprudence) agreed that when Islamic land, not only Palestine, is attacked, Jihad becomes obligatory on all Muslims, including women and teenagers. But Zamara stressed that, because of Palestine’s religious significance, even more should be done.

Zamara added that Palestinians were prohibited from selling land to the enemy by an Islamic verdict issued by the Islamic authorities in Palestine. Anyone who would sell land to the enemy could be considered an apostate, Zamara declared.

It was once said: “The definition of insanity is doing the same thing over and over again, but expecting different results.” Zamara is calling on Muslims to repeat the past deadly mistakes.

While many Palestinian immigrants come to live in peace and prosperity in the US, some radical Islamic centers bring in extremist imams to the West who stoke raw religious fanaticism. Such radical leaders could only preach hate, spew reactionary ideas that belong only to the Middle ages, and perpetuate the cycle of violence.

At the end of his online lecture to the students of the Academy, Zamara prayed that Allah would free Palestine and bring it back to the fold of Islam, and that the Aqsa in Jerusalem will be cleansed from the filth of those who defiled it, including the traitors.