BALTIMORE – Today, President Biden announced a plan to admit as many as 100,000 Ukrainians to the United States as refugees and through other means. In addition, the United States is committing to provide more than $1 billion in new funding towards humanitarian assistance for those affected by Russia’s war in Ukraine and its impacts around the world. World Relief welcomes this announcement of additional humanitarian aid and is eager to welcome more Ukrainians to the United States, while also insisting that the U.S. should also welcome a larger number of refugees fleeing other conflicts globally.

“Prior to the Russian invasion last month, World Relief had already resettled more than 7,300 Ukrainians in the past decade, roughly 40 percent of all Ukrainians admitted to the U.S. as refugees during that time,” observed Myal Greene, president and CEO of World Relief. “We are in close contact with many of these individuals, almost all of whom have loved ones now at risk in Ukraine, and we’re grateful that President Biden’s announcement today seems to open up the likelihood of expedited family reunification and other avenues of protection. We are ready to welcome them, in partnership with local churches and other community partners.”

World Relief is also actively responding to the crisis in Europe, working with local churches and other partners both in Western Ukraine and in Slovakia, Romania, Moldova, Poland, and Hungary to provide immediate humanitarian assistance to Ukrainians who were forced to flee to neighboring countries or are in need of immediate assistance in Ukraine.

“The additional funding provided by the United States will help meet the immediate humanitarian needs of vulnerable Ukrainians who are bearing the brunt of war. We urge the international community to continue to provide humanitarian assistance as generously as possible to vulnerable Ukrainians and ensure there can be humanitarian corridors for civilians to be able to safely leave Ukraine or for aid to reach those trapped inside Ukraine,” said Myal Greene. “Most Ukrainians who make the difficult decision to leave their homes are relatively safe in neighboring European countries, where most would prefer to stay, in part because they hope and pray to return soon to a safe, free Ukraine. But for those who have family in the U.S. or for whom voluntary repatriation is impossible, some may prefer the option of resettlement to the U.S., where we are also eager to welcome and support them as they replant their lives. A multi-pronged approach to this crisis, exploring every pathway of protection for those who can resettle to the United States, while also continuing to support Ukrainians who remain in the region, will be critical as the humanitarian needs climb in the months ahead.”

While pleased with the U.S. government’s intention to welcome a large number of Ukrainian refugees, World Relief is also concerned about refugees who have fled other conflicts. “The Russian invasion of Ukraine is just the latest in a series of wars and conflicts that have fueled the greatest global refugee crisis since at least World War II,” noted Jenny Yang, senior vice president of advocacy and policy for World Relief. “The Biden administration must rebuild the U.S. refugee resettlement program not only for Ukrainians, but also for those who have fled similar conflicts that have garnered less media attention or been largely forgotten in the U.S. — even though the conflicts continue and refugees remain in desperate conditions in neighboring countries for years and sometimes for decades.”

World Relief celebrated the president’s decision last fall to raise the annual ceiling for refugee admissions to 125,000, the highest level in decades. But it has become clear that, without dramatic U.S. government efforts to increase the pace and scale of overseas processing as well as sustained investments in the domestic resettlement infrastructure, the U.S. will resettle, at most, a small fraction of that goal this year. Five months into the federal fiscal year, the U.S. has admitted just 6,494 refugees, which does not include Afghans resettled through a separate process.

“We need to rebuild a robust, nimble resettlement process that can welcome the persecuted from various parts of the world, with a particular concern for those most vulnerable, who may have no safe neighboring country to which to flee. And we must also ensure our asylum laws offer protections to those of any nationality who reach the U.S. and can demonstrate a credible fear of persecution, rights that the Biden administration is currently denying to many who are not Ukrainian under the pretext of the COVID-19 pandemic,” said Yang.

As the president travels to Europe, World Relief urges the president to encourage and support Poland and neighboring countries to continue their welcome of Ukrainian and other refugees. World Relief also urges the international community to stand in solidarity with the Ukrainian people by providing ongoing humanitarian assistance and facilitating diplomatic solutions to resolve the conflict.

World Relief is a global Christian humanitarian organization that brings sustainable solutions to the world’s greatest problems — disasters, extreme poverty, violence, oppression, and mass displacement. For over 75 years, we’ve partnered with churches and community leaders in the U.S. and abroad to bring hope, healing and transformation to the most vulnerable. Learn more at worldrelief.org.

« Timely newspaper clipping of Billy Graham and prayer for Europe (Previous News)
(Next News) Franklin Graham writes to Putin, Zelenskyy to ask for a cease-fire during Holy Week » 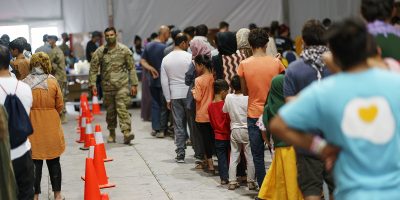 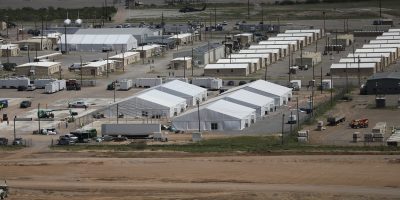