Houses of worship across the country will be crucial, as the U.S. has said it plans to welcome 95,000 Afghans by September 2022.

WARRENVILLE, Ill., Oct. 8, 2021 (RNS) — When Afghanistan’s capital, Kabul, fell to the Taliban in August, it didn’t take long for the ripple effects to be felt halfway around the globe in Amy Treier’s home in the Chicago suburbs.

By mid-August, the local office of evangelical aid group World Relief was so overwhelmed by contributions to help Afghans arriving in the Chicago area it didn’t have the capacity to store them. Neither did Immanuel Presbyterian Church in Warrenville, Illinois, which Treier and her family attend.

So Treier, a professor of political science at nearby evangelical Wheaton College, and others at Immanuel stepped up to sort and hold onto the donations until Afghans who need them arrive.

Within weeks, her guest room had become a storage room. By late September, her living and dining room were starting to look more like storage as well.

The donations in Treier’s home will be packaged into three welcome kits for evacuees who are being resettled by World Relief, one of nine agencies that contracts with the United States government to work with refugees in the U.S. 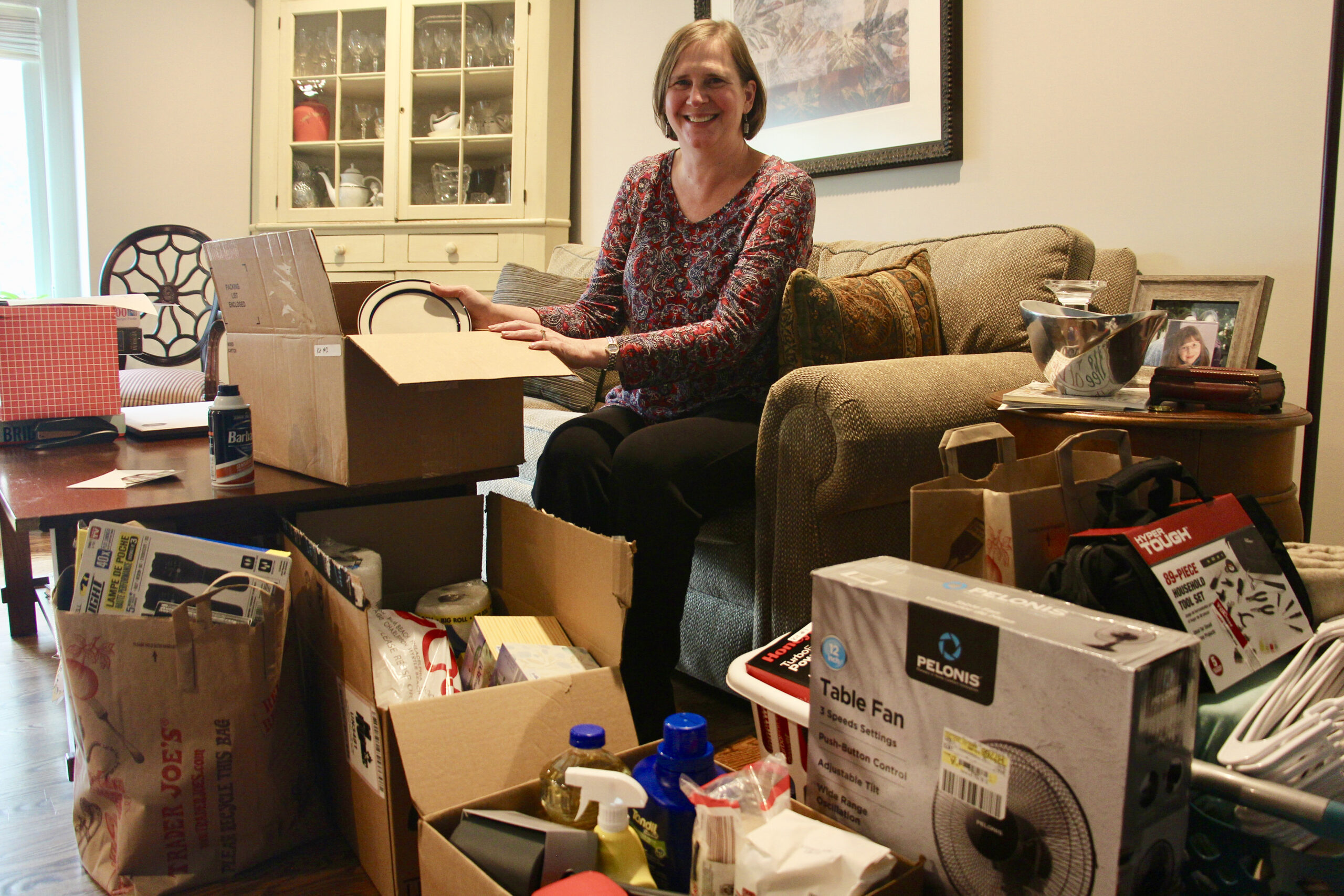 Amy Treier shows off donations for World Relief welcome kits collected by members of Immanuel Presbyterian Church in Warrenville, Illinois, stored at her home in the Chicago suburbs on Sept. 23, 2021. RNS photo by Emily McFarlan Miller

One welcome kit in the guest room is nearly complete, including a number of basic items a family might need to start life over in a new country: bedding, hangers, postage stamps, kitchen utensils, cleaning supplies.

“It just felt like this is a tangible, practical way that we could be a part and that we could just sort of partner and show love for our neighbors who are coming from Afghanistan,” Treier said.

The slow trickle of arrivals World Relief’s Chicagoland office has seen since August has sped up over the past week as many Afghans have completed security and health screenings at military bases across the U.S. and in countries where they have been waiting since they were airlifted from Afghanistan, said Nathan White, director of external engagement for World Relief Chicagoland.

And churches in the area are “wanting to welcome the stranger,” he said.

Houses of worship across the country will be crucial, as the U.S. has said it plans to welcome 95,000 Afghans by September 2022.

“In order to help someone reach that initial stability when they first arrive in the U.S. and then have a place to really grow into having that feeling of belonging, it requires a broader community response, and churches are the key way that World Relief really engages that,” White said. 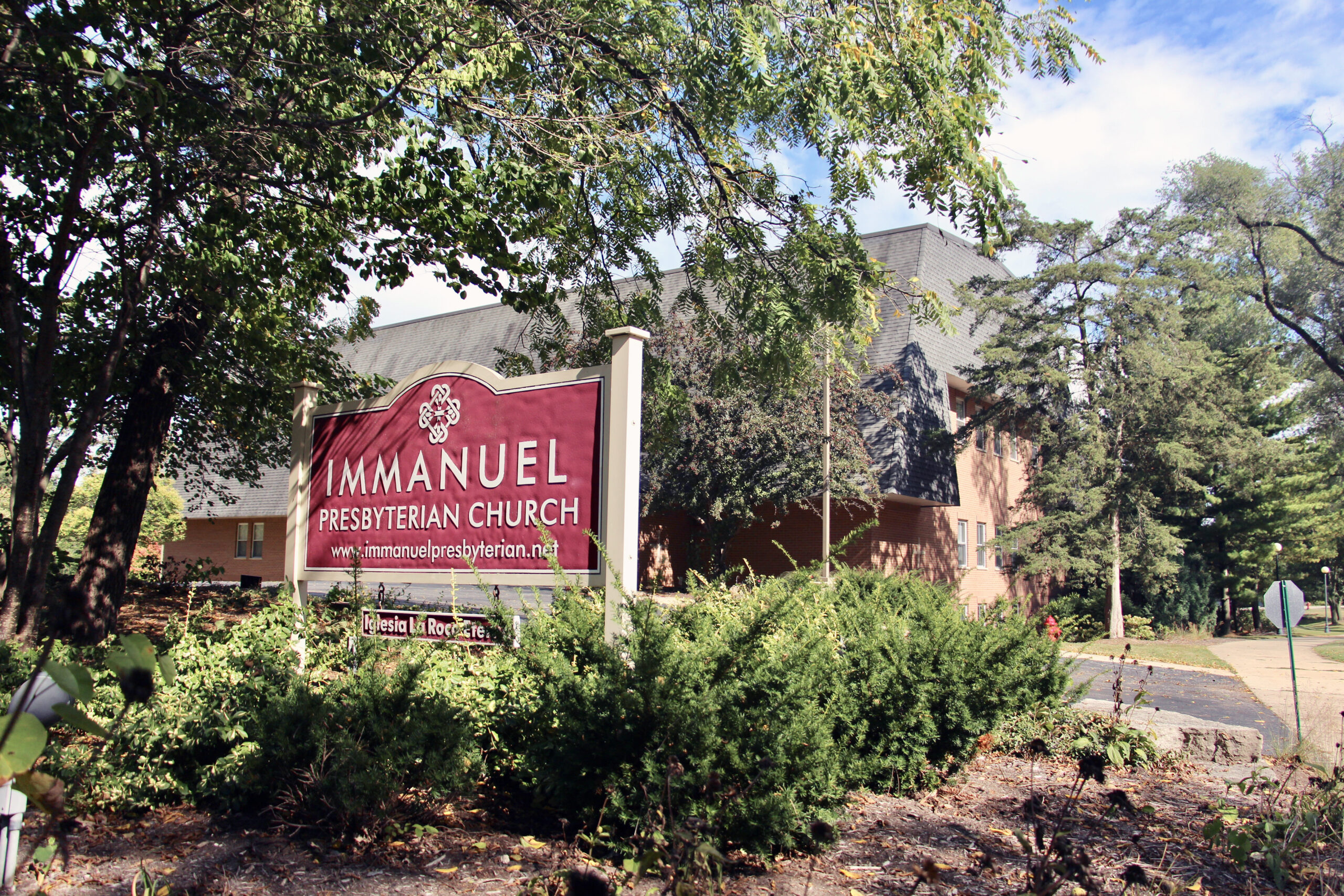 Many churches that have volunteered in the past are eager to help as those agencies rebuild after years of cuts to the U.S. refugee resettlement program and a record low number of arriving refugees in the fiscal year that ended in September — just 11,411. The Biden administration has set an ambitious goal of welcoming 125,000 refugees in the coming year.

Illinois alone currently is expecting to welcome 890 Afghan evacuees, and the Chicago area about 500, according to White. World Relief Chicagoland is preparing to resettle about 130 of them arriving in the area on humanitarian parole, he said.

The organization is turning to longtime partners like Immanuel Presbyterian Church, a congregation of about 280 people that has been partnering with World Relief to help refugees and immigrants in the area for longer than its ministers can remember.

Caring for refugees is “part of the heartbeat for our church,” said the Rev. George Garrison, its senior pastor.

For Immanuel, part of the Evangelical Presbyterian Church, that commitment is inspired by God’s biblical commands to Israel to “be sensitive to the sojourner and the wanderer among you, because that’s who you were when you were in Egypt,” Garrison said. That’s reiterated later in the New Testament, when similar imagery is used to describe the church, the senior pastor added.

“We recognize we are so blessed. We’re in such a position of advantage here. And when people come and don’t have anything, we respond out of love and compassion,” he said.

“How could you not, recognizing that we have so many resources that they don’t?”

So when Immanuel heard about the urgent need World Relief had for donations to assemble welcome kits for evacuees arriving in the Chicago area, it spread the word during announcements at its Sunday services and in its email newsletter. 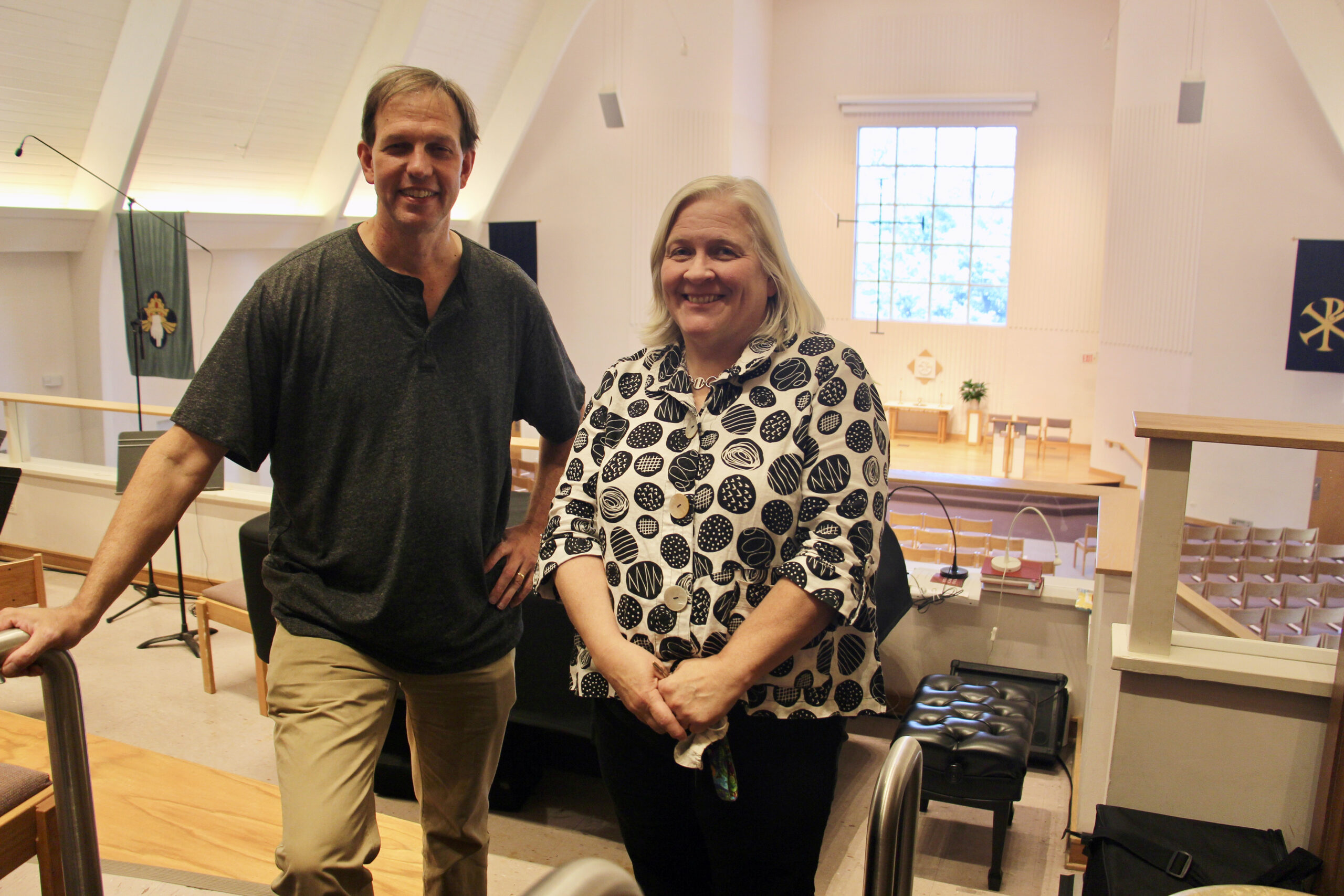 Some of its members also have been through training with World Relief and offered classes at the church teaching English as a Second Language and everyday skills like getting a driver’s license or cashing a paycheck, LaPlaca said. Others have volunteered to befriend newly arrived refugees and help them get settled into their homes.

Bambi Penney, a member of Immanuel, has tutored refugees and immigrants applying for U.S. citizenship at the church after receiving training from World Relief.

Penney first volunteered to tutor after so many things were said during the 2016 presidential election and in its aftermath that “seemed to be denigrating people who are valuable to the U.S.,” she said. She wanted to do something positive in response, she said, and tutoring seemed like it would fit into her busy life as a physical therapist.

It fit into what she takes away from reading the Bible, too, about caring for the world and everyone in it.

“We often in our country can ignore many things because we’re not experiencing it ourselves, but when you come face to face with it, you’ve got to make a decision about whether you’re going to be part of the solution or not,” Penney said.