by: Yonat Shimron
March31, 2022 (RNS) — Fresh from a two-day visit to Ukraine, the Rev. Franklin Graham said he wrote to Russian President Vladimir V. Putin and Ukraine President Volodymyr Zelenskyy to ask for a cease-fire in the war in observance of Holy Week in the Western and Eastern Christian churches, which together span from April 10 to April 24.

Graham visited Ukraine this week to see the work that his humanitarian relief organization, Samaritan’s Purse, is doing to aid refugees and other victims of the war. He said he was not confident he’d get a response from Putin but said he viewed the message as necessary.

Holy Week, which begins with Palm Sunday and concludes with Easter Sunday, begins April 10 on the Gregorian calendar observed among Western churches. Eastern Orthodox churches follow the Julian calendar and celebrate Holy Week beginning on April 17. The vast majority of Russians and Ukrainians are Orthodox Christians.

Graham, a conservative evangelical who met with Putin in 2015, has praised the Russian president in the past, mostly for his promotion of what some Christians view as “traditional family values.” Graham drew widespread criticism when he asked people to pray for Putin shortly before the war, but he has more recently said he doesn’t support war and agrees the U.S. and the West must sanction Russia. 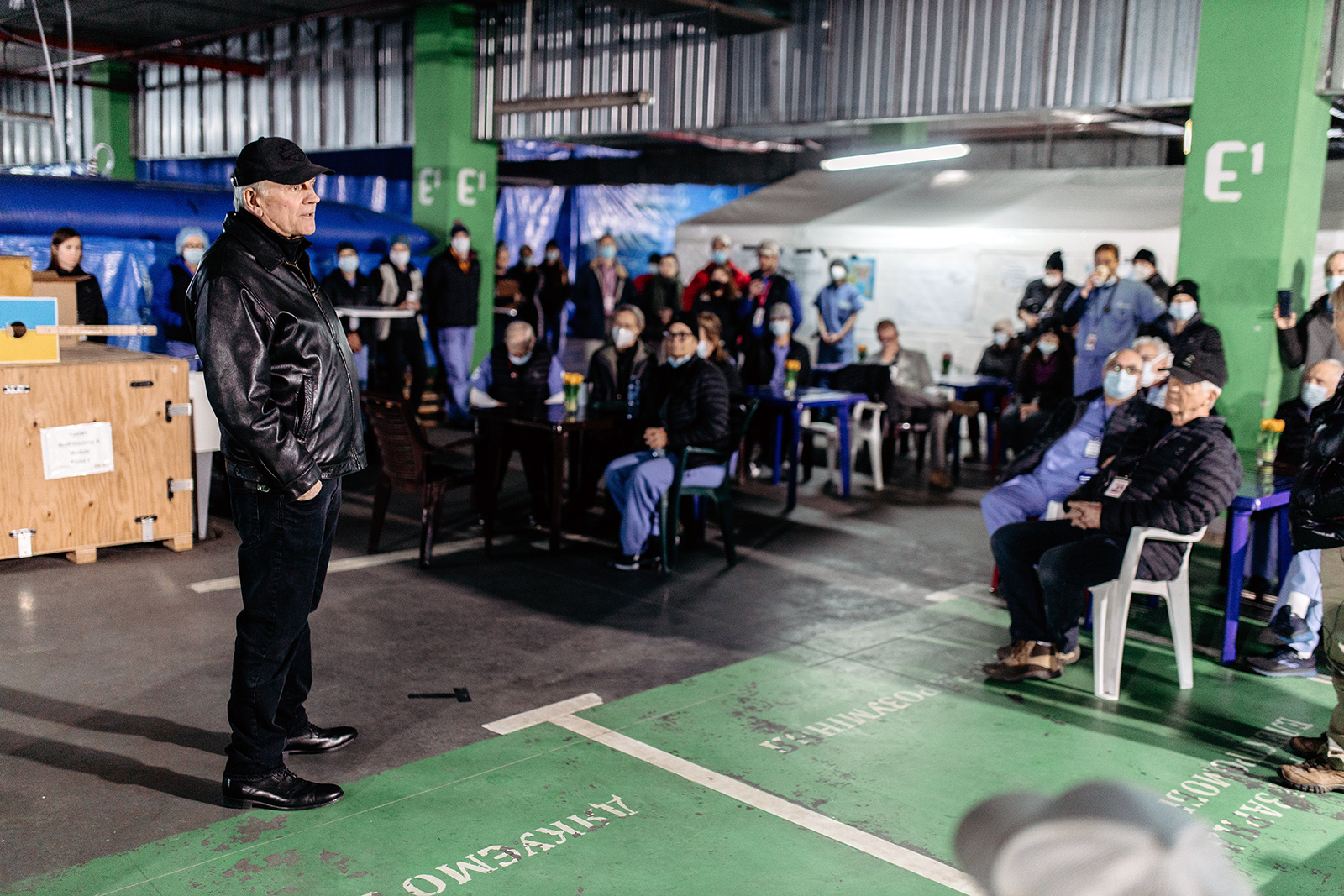 Franklin Graham, left, speaks to staff at a Samaritan’s Purse Emergency Field Hospital in an underground parking structure in Lviv, Ukraine, during a recent trip. Photo courtesy of Samaritan’s Purse

Earlier this month, Samaritan’s Purse set up an emergency field hospital in an underground parking garage in the western Ukrainian city of Lviv. It has since expanded its work to include three medical clinics — two in Lviv, one at the train station and the other at a bus station, and a third in Chernivtsi in southwest Ukraine.

Now the organization, pushing farther east, plans to open a second emergency field hospital by this weekend. Graham said he did not want to identify the location while the teams were setting up, but will make it public once the hospital is up and running.

The majority of people seeking medical attention at the Lviv hospital are Ukranians fleeing their homes and in need of medicines and treatment for ordinary ailments, Graham said.

Lviv, just 44 miles from the Poland border, is about 340 miles west of Kyiv, the capital of Ukraine. The new hospital closer to Russian hostilities will be able to help soldiers and others injured in battles. “We have orthopedic doctors, general surgeons and all the supplies so we want to be closer to where the injured are,” said Graham.

Asked if he worried for the safety of his staff, he said, “You’re always concerned, but it’s not going to stop us from doing what we need to do.”

About 160 Samaritan’s Purse staff and volunteers are in Ukraine now, according to Graham. He said the organization has also distributed some 90 tons of food. Samaritan’s Purse has not partnered with any other relief organization, though it is aware of an Israeli field hospital, also in Lviv.

Samaritan’s Purse is also funding the rescue and relief efforts of local Baptist and Pentecostal churches with $16 million in donations. Graham said that could double if the need continues. 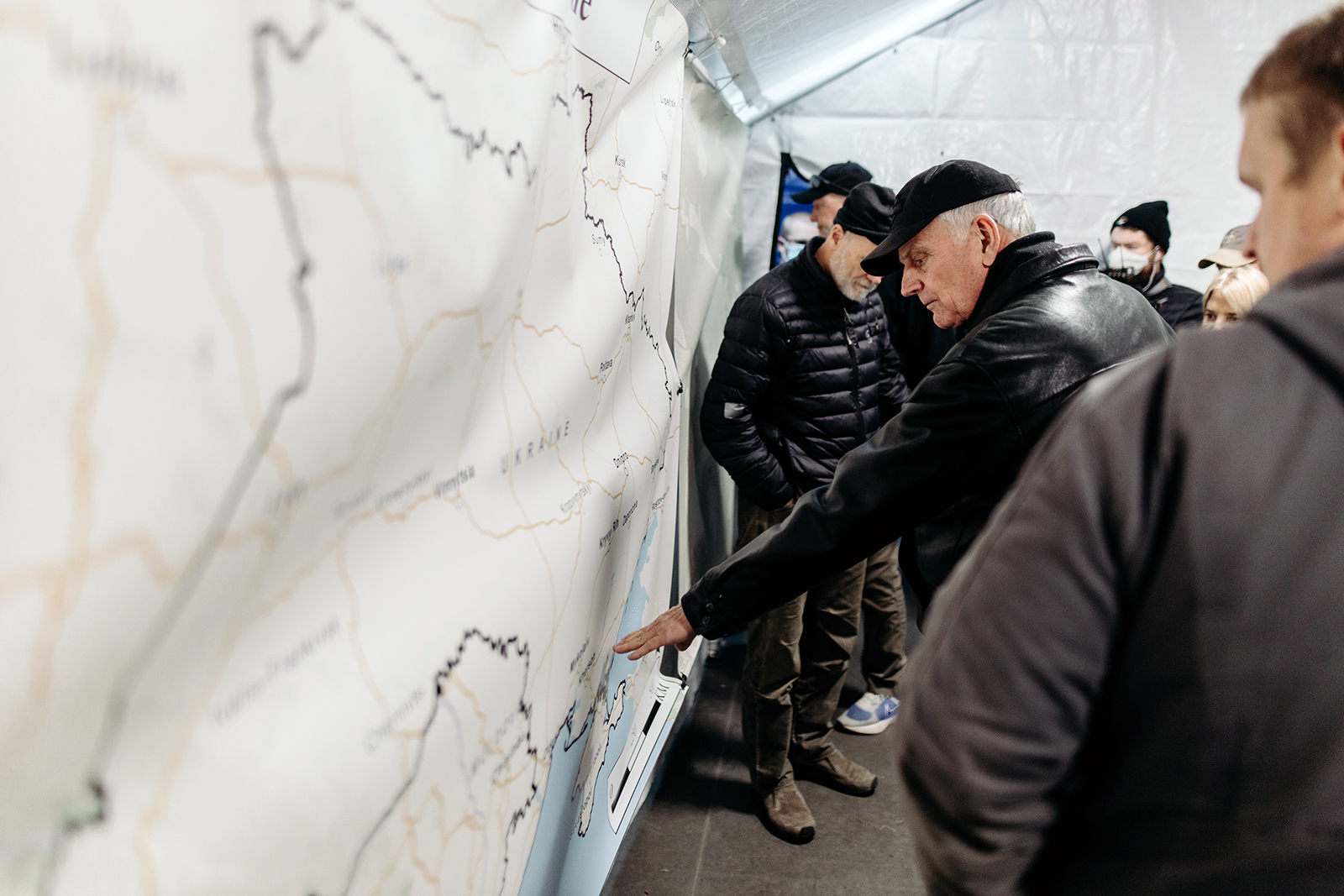 He said he planned to go back to Ukraine during Holy Week to show solidarity with Christians there and to encourage them.

Asked if he saw any signals that Putin was planning to scale back its military offensive on Kyiv, the capital, as reported, he said he didn’t know.

“Regardless of whether he scales back or intensifies, we’re there to help the people. Samaritan’s Purse could be there several years. The need is tremendous.” 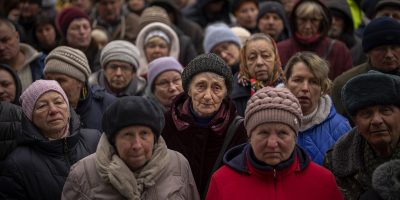 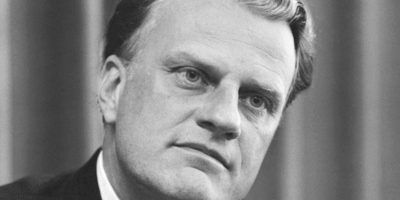 Timely newspaper clipping of Billy Graham and prayer for Europe