“I say it with a sad sense of the disparity between us,” Douglass said, “I am not included within the pale of glorious anniversary!"

Opinion: The Fourth of July: Time to celebrate or lament? 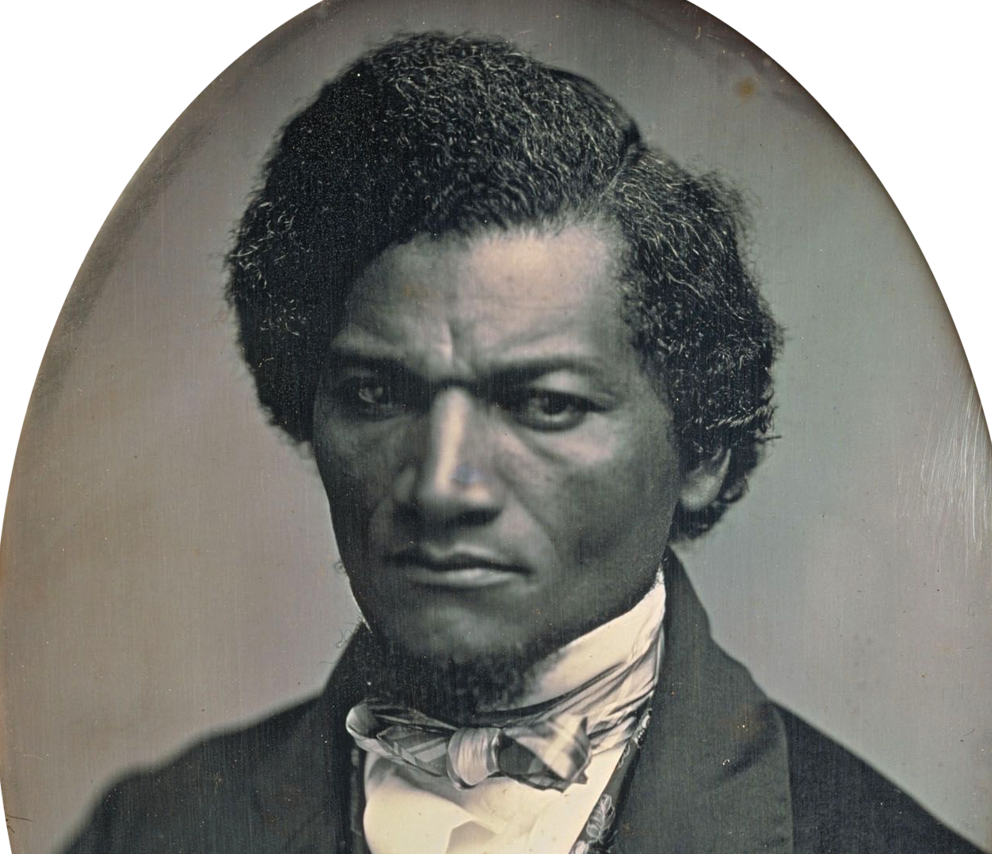 by: Paul O’Donnell (Antipas L. Harris) July 2, 2020 (RNS) — Like most people, I love the Fourth of July: Picnics, family reunions, summer vacation, fishing trips, packed beaches, street festivals, the romance of (and under) the fireworks make it the highlight of the summer. But the facts of the birth of our country show our Independence Day celebrations are romanticized in more ways than one. On July 4, 1776, there were already hundreds of thousands of slaves in Britain’s American Colonies and in some, such as Virginia, Blacks madeRead More 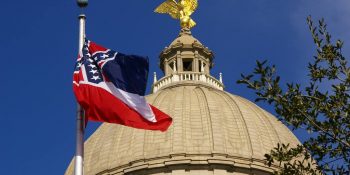 by: Jack Jenkins (RNS) July 2, 2020 — The Rev. Isiac Jackson Jr. was one of many Mississippi residents who took it as a spiritual victory when the state’s lawmakers voted Sunday (June 28) to remove the Confederate symbol from the state’s flag. “God answers prayer,” said Jackson, president of the General Missionary Baptist State Convention. “He may not come when you want him, but he’s always on time.” Jackson was one of many Black faith leaders who had spoken out against the flag, which was adopted in 1894 asRead More

The court’s 5-4 ruling, with conservatives in the majority, came in a dispute over a Montana scholarship program... 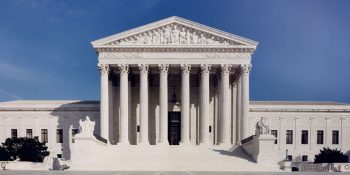 Opinion: America has a heart problem — and it needs a transplant – Chicago Sun-Times

The idea that black folk would have to prove the existence of racism is evidence of how deeply systemic racial hate is ingrained in the fabric of America. Read John W. Fountain’s column: America has a heart problem — and it needs a transplant 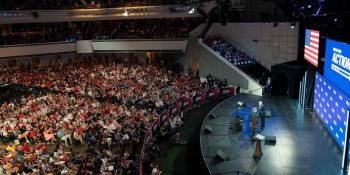 by: Paul O’Donnell (Ryan Burge) June 24, 2020 (RNS) — The last few months have not been good for President Donald Trump. His administration’s response to the coronavirus pandemic has been criticized for being too slow to meet the rising number of cases. Then, in just the last few weeks, the killings of a number of Black Americans by police and white vigilantes have led to the largest nationwide protest movement since the height of the Vietnam War. Against that backdrop, Trump is seeking reelection against the Democratic nominee, JoeRead More

The survey from the American Enterprise Institute showed that 64% of Americans said they were “somewhat uncomfortable” or “very uncomfortable” attending in-person worship.

Survey: Most Americans aren’t comfortable going back to religious services 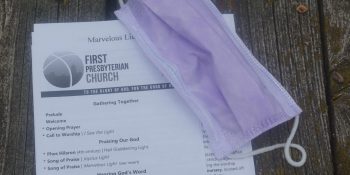 by: Yonat Shimron June 23, 2020 (RNS) — A new study examining Americans’ response to COVID-19 shows that with the exception of white evangelicals, a majority of Americans are not comfortable returning to in-person religious services. The results of the survey suggest that despite political pressure to reopen houses of worship — from President Donald Trump as well as leading conservative Christians and religious liberty advocates — Americans aren’t quite ready to take a seat in a sanctuary. The survey from the American Enterprise Institute showed that 64% of AmericansRead More

by: Alejandra Molina LOS ANGELES, June 23, 2020 (RNS) — The California Catholic Conference of Bishops is denouncing the toppling of Junipero Serra statues that protesters took down in San Francisco and Los Angeles over the weekend. “If this process is to be truly effective as a remedy for racism, it must discern carefully the entire contribution that the historical figure in question made to American life, especially in advancing the rights of marginalized peoples,” the California Catholic Conference said in a statement. “In calling for the removal of imagesRead More

Beginning with the end of the Civil War, Vischer enumerates in the video the damage segregation... 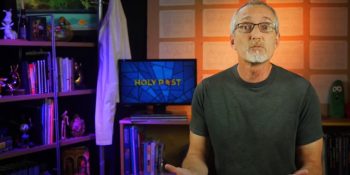 by: Kathryn Post June 19, 2020 (RNS) — Bob the Tomato wants you to care about racism. Earlier this week, Phil Vischer — creator of “VeggieTales” and voice of Bob the Tomato in the popular Christian animated series — posted a now viral video called “Race in America” that attempts to answer the question: “Why are people so angry?” Filled with graphics, photo montages and factoids— and a few comic asides — that make the concept of systemic racism accessible for all ages, the 17-minute tutorial had garnered more thanRead More

The march, led by communities of faith, went past the lakefront, past... 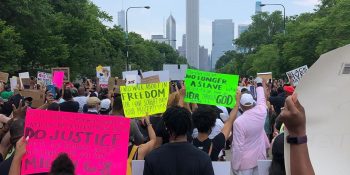 by: Emily McFarlan Miller CHICAGO, June 19, 2020 (RNS) — Selena Smith, 48, came downtown with three generations of her family and a large group from Salem Baptist Church of Chicago to celebrate Juneteenth this year. She came with her daughter, 18-year-old Abria Smith, who just graduated high school and is headed to university in the fall. She came with her mother, 66-year-old Maddie Bogan, who lived through 1968 — a year marked by the assassination of the Rev. Martin Luther King Jr. and the riots that followed — andRead More 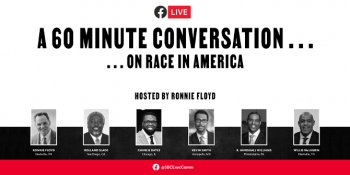 by Tess Schoonhoven NASHVILLE, June 17, 2020 (BP) — Calling the racial unrest roiling the nation “spiritual warfare,” and saying “unless hearts change, nothing will change in America,” Philadelphia pastor K. Marshall Williams urged Southern Baptists to stand together in unity against injustice. “The world is waiting for us to come together,” said Williams, senior pastor of Nazarene Baptist Church of Philadelphia. “Because Beloved, truth be told, this is just a dress rehearsal for when we get around the throne. I think maybe God is stripping us. I don’t knowRead More