As troubling, white evangelicals are the least likely to say they should consider the health effects on their community when making a decision to be vaccinated.

Black Protestants aren’t least likely to get a vaccine; white evangelicals are

by: Yonat Shimron
March 5, 2021, (RNS) — Since before the COVID-19 vaccines hit the market, it has been predicted that Black Americans would choose to be vaccinated at dramatically lower rates than white Americans due to a historic mistrust of the health system. Media stories defined the causes for “vaccine hesitancy” while physicians worried about how to overcome it.

Scores of health systems, churches and religious coalitions responded by offering up houses of worship as sites for mobile vaccine distribution.

A new Pew Research survey suggests that either the campaigns were effective or the worry was misplaced: 64% of Black Protestants, the researchers found, “definitely or probably” plan to get vaccinated — up sharply from November when little more than 40% said they planned to get vaccinated.

It’s not that vaccine hesitancy is a myth; it’s merely strongest among another group: white evangelical Christians.

A religious breakdown of the survey conducted in February of 10,121 U.S. adults shows that only 54% of white evangelicals “definitely or probably” plan to get vaccinated.

As troubling, white evangelicals are the least likely to say they should consider the health effects on their community when making a decision to be vaccinated. Only 48% of white evangelicals said they would consider the community health effects “a lot” when deciding to be vaccinated. That compares with 70% of Black Protestants, 65% of Catholics and 68% of unaffiliated Americans.

John Fea, a U.S. historian at Messiah University who studies evangelicals, said he wasn’t surprised that white evangelicals seemed least likely to want to take advantage of the vaccine.

“There’s a long history of anti-science within American evangelicalism,” Fea said. “It goes back to the Scopes trial and evolution in the 1920s,” in which evangelicals debated Darwin’s theory of evolution.

Fea said the distrust of science is related to their belief that God will protect them. “Getting a vaccine is a lack of faith,” as some evangelicals see it, Fea said.

As a group, 58% of Protestants — including mainline Protestants, evangelicals and Black Protestants — said they would consider community health effects “a lot.” (The religious breakdowns did not include Jews or Muslims, who each constitute less than 2% of the American public.)

Cary Funk, director of Science and Society Research at Pew, said white evangelicals generally express lower levels of trust in the vaccine research-and-development process and are also less likely to report getting a seasonal flu vaccine every year.

The larger survey also showed that partisan differences play a big role in assessing the likelihood of getting vaccinated. Democrats are far more likely than Republicans to say they plan to get, or have already received, a coronavirus vaccine (83% to 56%).

White evangelicals, who are overwhelmingly Republican, are less likely to want to get the vaccine for partisan reasons as well, Fea said.

Former president Trump received one of the vaccines before leaving office and has claimed credit for their quick development, most recently during an appearance at the Conservative Political Action Conference on Sunday (Feb. 28).

But he did relatively little to encourage their use while in office and faced criticism for his reluctance to abide by COVID-19 regulations, including casting doubt on the efficacy of mask use. He did encourage his supporters to get vaccinated at his CPAC address.

The survey also showed that atheists and agnostics scored highest of all the religious groups in their willingness to get vaccinated. But a subgroup of the religiously unaffiliated, popularly known as “nones,” scored much like other Protestants. Among the nones, 64% said they would “definitely or probably” get a vaccine — an identical number to Black Protestants.

Nones are generally disconnected from not only religion but civic life generally, as opposed to atheists and agnostics who have well-formed ideological commitments.

READ: Being ‘godless’ might be good for your health, new study finds 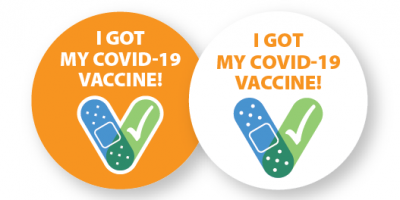