by: Claire Giangravé
VATICAN CITY, Jan. 13, 2020 (RNS) — Former Pope Benedict XVI, who once vowed to remain hidden from the world after resigning, is once more speaking out. In a new book, set for release in February, the retired pontiff champions priestly celibacy at a time when his successor, Pope Francis, is considering allowing more married men to be priests.

His remarks raise concerns that the two popes are at odds.

“I can no longer be silent or feign ignorance,” the emeritus pope said in the forward of the book, “From the Depths of Our Hearts: Priesthood, Celibacy, and the Crisis of the Catholic Church.” The book is co-authored with Cardinal Robert Sarah, who heads the Vatican department for Divine Liturgy.

“We do it in a spirit of love for the unity of the Church. If ideology divides, the truth unites hearts. Examining the doctrine of salvation can only unite the Church around its divine Master. We do this in a spirit of charity,” the authors write.

Benedict, who once welcomed married Anglican priests who converted to Catholicism, allowing them to become Catholic priests while remaining married, appears now to have taken a harder line in supporting celibacy. The Catholic Church requires Latin rite priests to be celibate but does allow married men to be ordained as priests in the Eastern rite.

The book is scheduled to be released in mid-February, but an excerpt was published on Monday (Jan. 13) by the French daily Le Figaro. In it, the authors criticize the idea of allowing “tested” married men to the priesthood. That possibility was widely discussed during the gathering of bishops on the Amazon region called for by Pope Francis last October.

This is hard to fathom. I have the greatest respect for Pope Emeritus Benedict XVI. Nonetheless, when he resigned the papacy, he said he would remain “hidden from the world.” Of course it is his right to say whatever he wants. But here, he is speaking out on an issue that was… https://t.co/oaGy8UK8Rp

A document on the bishop’s gathering written by Pope Francis is expected to be released before March.

In an excerpt, the former pope presents a history of celibacy in the Catholic Church. The book argues that a priest’s duties toward the eucharist and his flock conflict with the requirements of marriage.

“To demonstrate this, it suffices to remember that the Church has always considered marriage as a gift given by God from the Garden of Eden,” they write. “Therefore, marital status concerns man as a whole, as serving the Lord requires the total gift of man, so it doesn’t seem possible to realize both vocations simultaneously.”

In the book, the emeritus pontiff signs himself as Benedict XVI, which has also been interpreted as carrying a special significance.

The new book is not the only time the former pope has spoken publicly over an issue. In 2016 he praised the practice of saying the Mass facing the altar rather than the congregation, a practice known as ad orientem, in an article on the Vatican paper l’Osservatore Romano. That practice is favored by some conservative Catholics. In April 2019, Benedict wrote on a German monthly that the current sexual abuse crisis in the Catholic Church is born from the sexual revolution of the 1960s. His essay was published shortly after Francis had called bishops to Rome in February to address the clergy abuse crisis.

On Catholic Twitter, church commentators have taken opposing views about the intentions behind the publication of the book, the physical abilities of Benedict XVI and the consequences of having two white-clad clerics living at the Vatican.

“One Vatican source [said] … Benedict XVI is no longer physically able to write. Another source said … it is difficult for him to engage in a conversation that lasts longer than 15 minutes. These sources wondered how this book came to be written.” https://t.co/nkbCaHyrv9

“From that ‘I cannot be silent’ we must deduce that those who claimed that there are two popes, seven years after Benedict XVI’s abdication, were right,” said Italian journalist Fabrizio Grasso in an interview with Religion News Service (Jan. 13).

“In my opinion the spiritual schism in the church is already underway,” said Grasso, author of “The Abdication” about the consequences of Benedict XVI’s retirement. “This book and these statements might be the fuse that unleash the schism in practice.”

Grasso said that the office of emeritus pope has not been clearly defined, leaving what he called “a willful ambiguity within the Church.”

Pope Francis has said in the past that he does “not fear a schism.” On his way back from his apostolic visit to the African nation of Mozambique last September, Francis welcomed criticism — especially when open and honest.

“I don’t like criticism under the table, where maybe they smile showing all their teeth and then they stab you in the back,” Francis told reporters aboard the papal flight. “Criticism is an element of construction that can initiate a dialogue.” 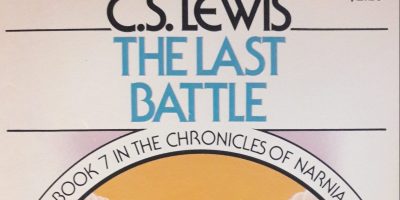 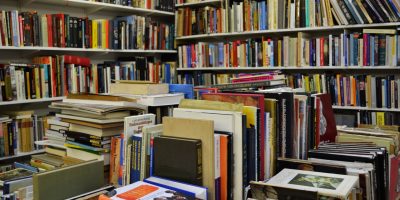 Opinion: The most intriguing books on religion we read this year