Opinion: The most intriguing books on religion we read this year

by: Paul O’Donnell (RNS Staff)
Dec. 23, 2020 (RNS) — Our reading list this year, like the rest of our lives, was colored by the triple whammy of 2020: the pandemic, the racial justice protests and the presidential election. But given the unpredictability of these 12 jam-packed, crisis-filled months, how did the thinkers, researchers, preachers and their publishers of the books we clung to know to furnish us with such timely analyses? As several of the authors of the most interesting books have noted, the answer is all too grim: In many cases, we only reaped in 2020 what we had long sown.

But among our favorite histories, travelogues and memoirs below, there are as many solutions as there are jeremiads, and books as fun as they are enlightening.

Intimate Alien: The Hidden Story of the UFO
By David J. Halperin
A retired professor of religious studies at the University of North Carolina at Chapel Hill, Halperin has been fascinated with the heavens at least since he wrote his Ph.D. dissertation on the biblical prophet Ezekiel’s vision of a chariot blazing across the sky. In this exploration of UFOs as myths, Halperin discusses the profound implications of our beliefs in a wide swath of UFO phenomena.
Read more about this book.

Witch Hunt: A Traveler’s Guide to the Power and Persecution of the Witch
By Kristen J. Sollée
Sollée, a second-generation witch, chronicles her travels to the sites of the most infamous witch hunts in Europe and the United States, exploring not so much the history of witchery as that of how the archetype of the witch has been depicted in culture — pop and otherwise. Sollée offered her book as a timely meditation on “the magic of place” when most of us could not travel.
Read more about this book.

White Christian Privilege: The Illusion of Religious Equality in America
By Khyati Joshi
A professor of education at Fairleigh Dickinson University, Joshi upends our usual approach to race questions by focusing not on marginalized communities’ troubles, but how white Americans have preserved their advantage over centuries. Joshi shows how even our idea of religion as an island of racial equality is an “optical illusion.”
Read more about this book here and here.

The Secret Lives of Church Ladies
By Deesha Philyaw
These nine short stories consist not of the chatter you might hear in the pew of a Black church, but a mixture of religion, sex, love and grief that crosses generations and families. The Pittsburgh writer and editor’s finely crafted stories were shortlisted for a 2020 National Book Award.
Read more about this book.

Human(Kind): How Reclaiming Human Worth and Embracing Radical Kindness Will Bring Us Back Together
By Ashlee Eiland
The Mars Hill preaching pastor’s argument that kindness can bridge the nation’s divides was published just as a polarizing election and a polarizing pandemic was sweeping the U.S. Shortly afterward, racial justice protests broke out over the death of George Floyd. While cynicism about what can bring Americans together has only seemed to deepen, no one has come up with a more tenable solution than Eiland’s, which shouldn’t be dismissed, she said, as a call to “meet each other in the middle … and this will all be OK.”
Read more about this book.

We Are Not Here to Be Bystanders
By Linda Sarsour
This memoir by one of the country’s most outspoken Muslim activists and an organizer of  the Women’s March is a surprisingly quiet account of the sometimes desperate moments in her personal life that remind her and inform the reader about what grounds her commitment to religious liberty.
Read more about this book.

See No Stranger: A Memoir and Manifesto of Revolutionary Love
By Valarie Kaur
The Sikh filmmaker, lawyer and civil rights activist, known for her popular TED Talk, is at her most vulnerable in this book as she shares the stories of being sexually assaulted and attacked for race and how these experiences led to her activism. It also includes a manifesto for her Revolutionary Love Project, a pragmatic plan drawn from Sikh wisdom for making love the motivating principle of our own lives.
Read more about this book.

Native: Identity, Belonging and Rediscovering God
By Kaitlin B. Curtice
Curtice, a Native American and a Christian, describes her journey of finding herself and finding God, and connecting with her Potawatomi identity. Along the way she reckons with the church’s historic treatment of Indigenous people and other marginalized groups and the impact that has had on her Christian faith as a former worship leader.
Read more about this book.

Can Robots Be Jewish? And Other Pressing Questions of Modern Life
Edited by Amy E. Schwartz
This collection of 30 provocative questions, each answered in 200 words or less by 10 different rabbis from different quarters of the Jewish world, is drawn from Moment magazine’s “Ask the Rabbis” columns. The book addresses, besides the title question, addiction, transgender people, and the gene editing process CRISPR, and it operates as “a model of civil disagreement for our time,” according to its editor.
Read more about this book.

Fierce, Free and Full of Fire: The Guide to Being Glorious You
By Jen Hatmaker
Once a “darling” of evangelical Christianity, Hatmaker saw her books pulled from Christian bookstores’ shelves in 2016 after she expressed support for the LGBTQ community. In this book, Hatmaker encourages her readers to experience the same freedom she has found by living into their authentic selves, no matter what the cost.
Read more about this book.

Outsiders at Home: The Politics of American Islamophobia
By Nazita Lajevardi
Lajevardi, who grew up in Southern California’s Iranian American community, is well versed in how Islamophobia manifests itself in American life, and how it affects those touched by it. Now a professor of political science at Michigan State University, Lajevardi shares her experiences of a world unfamiliar and foreign to most Americans.
Read more about this book.

Jesus and John Wayne: How White Evangelicals Corrupted a Faith and Fractured a Nation
By Kristin Kobes Du Mez
The Calvin College historian argues evangelicals’ seduction by Donald Trump has been decades in the making. As Du Mez connects the dots of militant patriarchy and what she calls “family values evangelicalism,” she tells the story of the religious right’s beginnings as a partisan political force in the 1970s as they fought the rise of feminism and mourned the loss of the Vietnam War.
Read more about this book.

The Upswing: How America Came Together a Century Ago and How We Can Do It Again

By Robert Putnam and Shaylyn Romney Garrett
Best known for his groundbreaking communitarian treatise “Bowling Alone,” Putnam and his co-author note today’s income inequality, racial tensions and threats to democracy are a replay of the similarly polarized Gilded Age of late 19th-century America. As then, they argue, the country must look to religion and its moral crusaders to reform our economy and our politics and restore balance.
Read more about this book.

American Prophets: The Religious Roots of Progressive Politics and the Ongoing Fight for the Soul of the Country
By Jack Jenkins
Religion News Service reporter Jack Jenkins takes a sweeping look at the modern religious left, uncovering untold or long-ignored stories of how faith-rooted liberals have made a lasting impact on contemporary progressive causes.
Read an excerpt from this book.

Sacred Rites: New Religions for a Godless World
By Tara Isabella Burton
The undeniable fact that organized religion is losing its influence and followers in the U.S. doesn’t mean Americans are abandoning the higher planes altogether. Our Religion Remixed columnist chronicles the spiritual traditions, rituals, and subcultures — from astrology and witchcraft to the alt-right to Soul Cycle — that are filling the spiritual void.
Read more about this book. 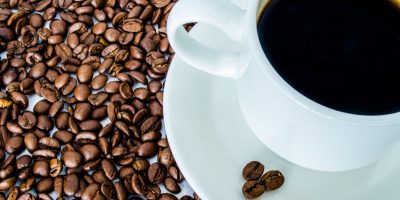 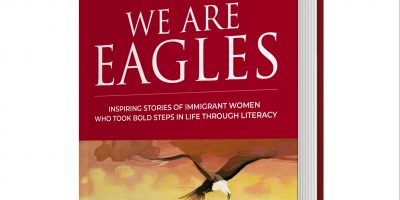