Abortions made up 4 percent of the organization's total medical services for the year.

Abortions made up 4 percent of the organization’s total medical services for the year. The total number of the procedures increased by 13,000 from the previous year.

PPFA is responsible for approximately 40 percent of reported abortions in the U.S. according to Live Action News.

Other medical services provided by PPFA include things like sexually transmitted infection (STI) testing and treatment, which accounted for 50 percent of services in 2018-2019, with 4,960,598 cases.

However, the inclusion of these services in their data reporting can obscure the large number of abortions the organization performs.

Previous PPFA president Leana Wen identified abortion as the group’s core mission in a series of tweets sent out in January 2019.

“Our core mission is providing, protecting and expanding access to abortion and reproductive healthcare,” Wen said.

Wen has since been replaced by Alexis McGill Johnson, current acting president and CEO, but PPFA’s mission remains the same.

The New York Times reported that Wen attributes her dismissal in July 2019 to “disagreements over her reorienting the organization further from abortion politics and more toward its role as a women’s health provider.”

Lila Rose, president of the pro-life organization Live Action, responded to the recent data reports from PPFA in a tweet saying that the number of abortions creates the highest death toll since 1991.

The PPFA report also details the ways abortion laws have changed through the actions of state legislatures.

“Legislatures in 12 states passed 25 abortion bans in 2019 alone. And as the Supreme Court prepares to revisit abortion rights this term with a case from Louisiana, 25 million women stand to lose access if Roe is overturned or further eroded,” the report said.

The tone used to describe these developments is negative in PPFA’s telling, but the legislative momentum is encouraging to pro-lifers.

At the 2019 Southern Baptist Convention annual meeting in Birmingham, messengers adopted a resolution celebrating the gains made by the pro-life movement at the state level.

“… [W]e celebrate recent bipartisan gains in state legislatures that restrict abortion and promote the sanctity of human life,” the resolution reads, “and … we commend Democratic Governor John Bel Edwards of Louisiana and Republican Governors Kay Ivey of Alabama, Michael Parson of Missouri, Mike DeWine of Ohio, and Brian Kemp of Georgia for their courage in defending unborn human life against destruction….”

The number of individual donors to PPFA decreased by nearly 27 percent from the previous year, according to Live Action.

However, this decrease was offset by an increase in the organization’s use of taxpayer dollars. More than $616 million in government reimbursements and grants accounted for 37 percent of PPFA’s total funding in 2018. From 2008 to 2018, government funding to PPFA increased by 70 percent.

“We learned two tragic facts from Planned Parenthood’s newly released annual report,” Centofante told Baptist Press in written comments, “that the number of children Planned Parenthood killed in the womb is at a record high and, shockingly, so is the amount of money it received from taxpayers. This abortion machine, which is responsible for the taking of more than 345,000 preborn lives this year — a number consistently on the rise — should be defunded immediately and shut down.”

Organizations that publicly stand with PPFA, according to the report, include Sundance Film Festival, The New York Times, MAC Cosmetics and Benefit Cosmetics.

The original story can be found at: http://www.baptistpress.com/54136/planned-parenthood-reports-increased-number-of-abortions 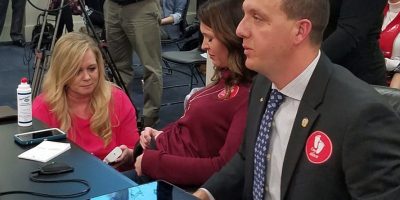