Beginning Oct. 22, Barksdale has the honor of being on the umpiring crew for his first World Series.

by Tim Ellsworth
HOUSTON, Oct. 21, 2019 (BP) — Lance Barksdale was a 13-year-old pitcher in a baseball game in Jackson, Miss., and he wasn’t happy with the home plate umpire.

The young pitcher thought pretty highly of himself, by Barksdale’s own admission. But the balls and strikes weren’t going his way.

The teenage Barksdale pouted. He complained. He stomped around the mound. His moves attracted the attention — and wrath — of the man behind the plate.

“This umpire pulled me around the corner of the dugout,” Barksdale told Baptist Press. “Nobody else around except me and this umpire, and I mean this man’s face turned beet red and he had his finger in my face telling me, ‘Boy, don’t you ever….’

“I can’t remember everything. He didn’t cuss or none of that kind of stuff,” Barksdale said. “But he made me fear him.”

That home plate umpire was Bill “Moose” Perry, now pastor of Learned Baptist Church in Learned, Miss., and longtime baseball coach in the state. And while the encounter was a bit harsh for Barksdale, it was actually the start of a long-term friendship between the two that ultimately led to Perry advising Barksdale to go to umpiring school.

That advice paid off handsomely. Beginning Oct. 22, Barksdale has the honor of being on the umpiring crew for his first World Series.

Barksdale grew up in a Christian home and was baptized at a young age at North McComb Baptist Church in McComb, Miss. His family later moved to Jackson, Miss., where he met Perry at that baseball game. A couple of years later, Barksdale went to a Bible study at a local church with some friends and was shocked to see that Perry was one of the leaders.

“Y’all think you’re going to learn something about the Lord and hear from &#91;Perry&#93;?” Barksdale thought. He “will kill y’all.”

Nevertheless, Barksdale and Perry became friends, sharing both a love for baseball and their Christian faith. Barksdale went to Mississippi College to play baseball, but injuries derailed his playing career. Still, he loved the game, and he often umpired in local youth leagues to earn extra money. One night while a college student, he saw Perry umpire a game.

Perry called him over to the fence between innings and asked if he had ever thought about umpire school. Barksdale didn’t even know there was such a thing, so the next night Perry brought him a brochure.

Barksdale finished his degree in business at Mississippi College. Soon afterward he went through umpire school and began working as an umpire in the minor leagues. He got his first taste of the big leagues in 2000 when he started working as a fill-in, then was promoted to his first full-time Major League job in 2006.

Through the years he has stayed connected with Perry, who has been a constant friend and encourager in Barksdale’s baseball career.

Though travel schedules and being away from home so much are ongoing challenges in the umpiring profession, Barksdale stays connected by watching online broadcasts of the worship services of his home church, Pine Lake Church in Madison, Miss.

Barksdale has for the past four years served on the same crew with Ted Barrett, the crew chief, who is one of the leaders of the “Calling for Christ” umpire ministry. Over his years as a Major League umpire, Barrett has seen several men come to Christ in radical conversions, coming out of addictions and sinful lifestyles.

Barrett said Barksdale, however, is the opposite of that.

“He’s one of the rare guys in our profession who grew up in the church and never really rebelled,” Barrett said. “Just slow and steady, which I admire.”

The Christian umpires have a conference phone call every Friday, joining together for a time of Bible teaching and prayer. Barrett said that Barksdale teaches occasionally during that conference call.

“It’s just a blessing to all of us, because he’s very open and genuine,” Barrett said. “He’s got a sincere love for the guys he works with. For me, he’s kind of my rock during the season. Everything’s so topsy-turvy, but he’s just so steady in everything — his umpiring, his faith, his family.”

The original story can be found at: http://www.baptistpress.com/53789/world-series-umpire-lance-barksdales-pivotal-moment 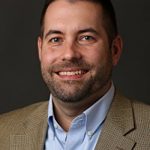 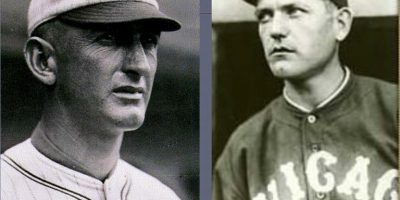 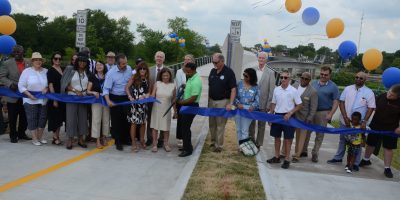