With construction underway as a backdrop, Salvation Army leaders, Aurora officials and guests celebrated the center’s launch at 550 Redwood Drive in Aurora. Highlights included speeches, music by a Salvation Army brass band and coffee and doughnuts from an Army mobile canteen. 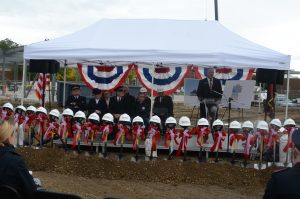 The initial phase, 11,350 square feet estimated to cost $5 million, is scheduled for completion in August 2020. It will include a food pantry, chapel, classrooms and social services office.

According to a press release, the facility on 2.5 acres will be handicapped accessible and will include green space for youth sports programs.

Forest White, Aurora Corps Salvation Army board chair, welcomed guests to open the program. After presentation of flags by an Aurora Fire Department color guard and singing of the national anthem, White issued a call to the community to help raise $3 million for Phase 2.

The new site is expected to expand the Salvation Army’s ability to serve individuals in Aurora and neighboring communities. New programs planned include community-life skills such as budgeting, resume building and English as a second language. 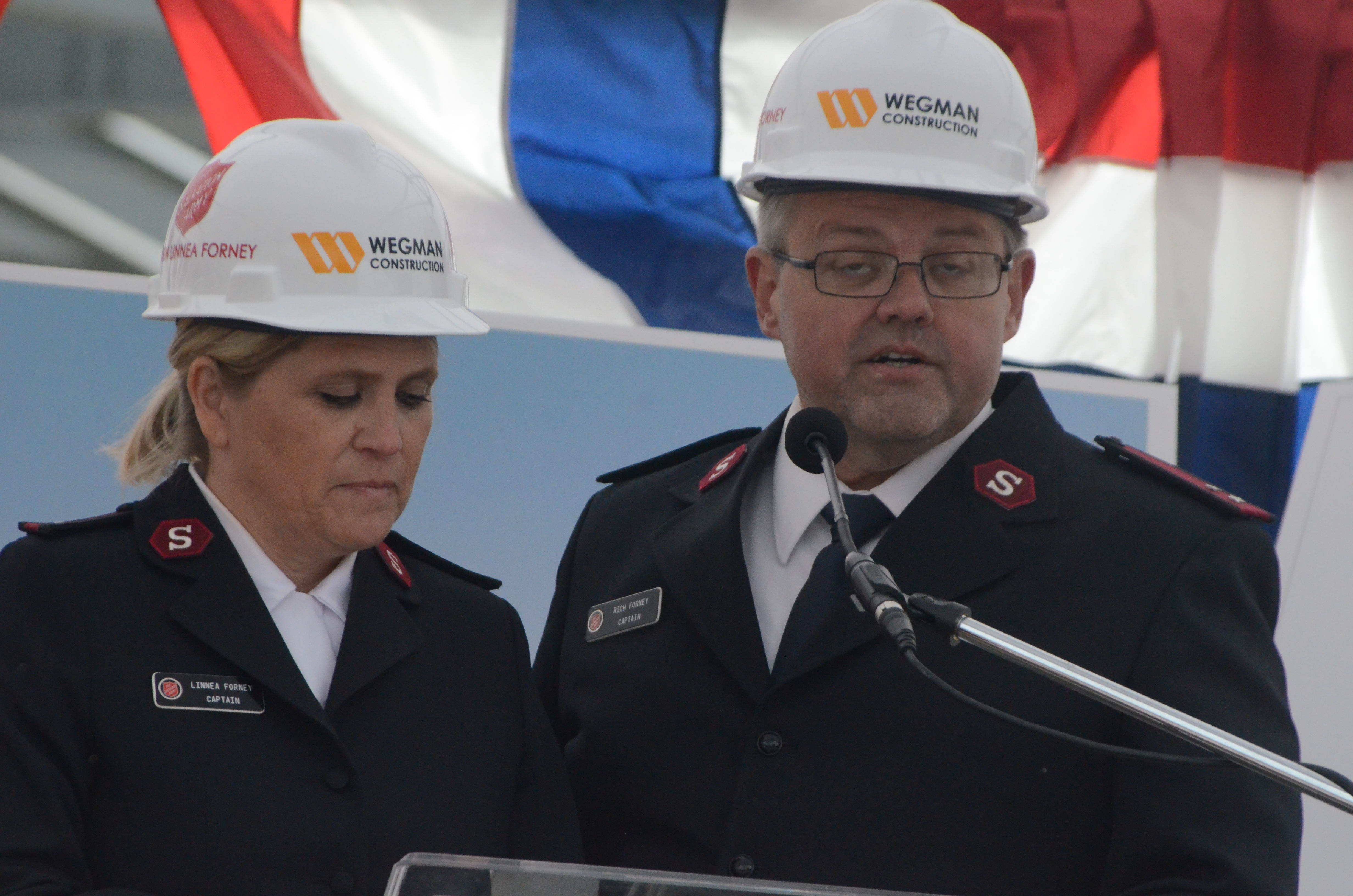 Rich and Linnea Forney of Aurora, Salvation Army captains, are Aurora Corps officers for the project. Rich Forney said, “This is a dream in the making.  We want to provide quality services for our neighbors in need. The new facility will allow us to do so in a single-level, ADA-accessible building.” 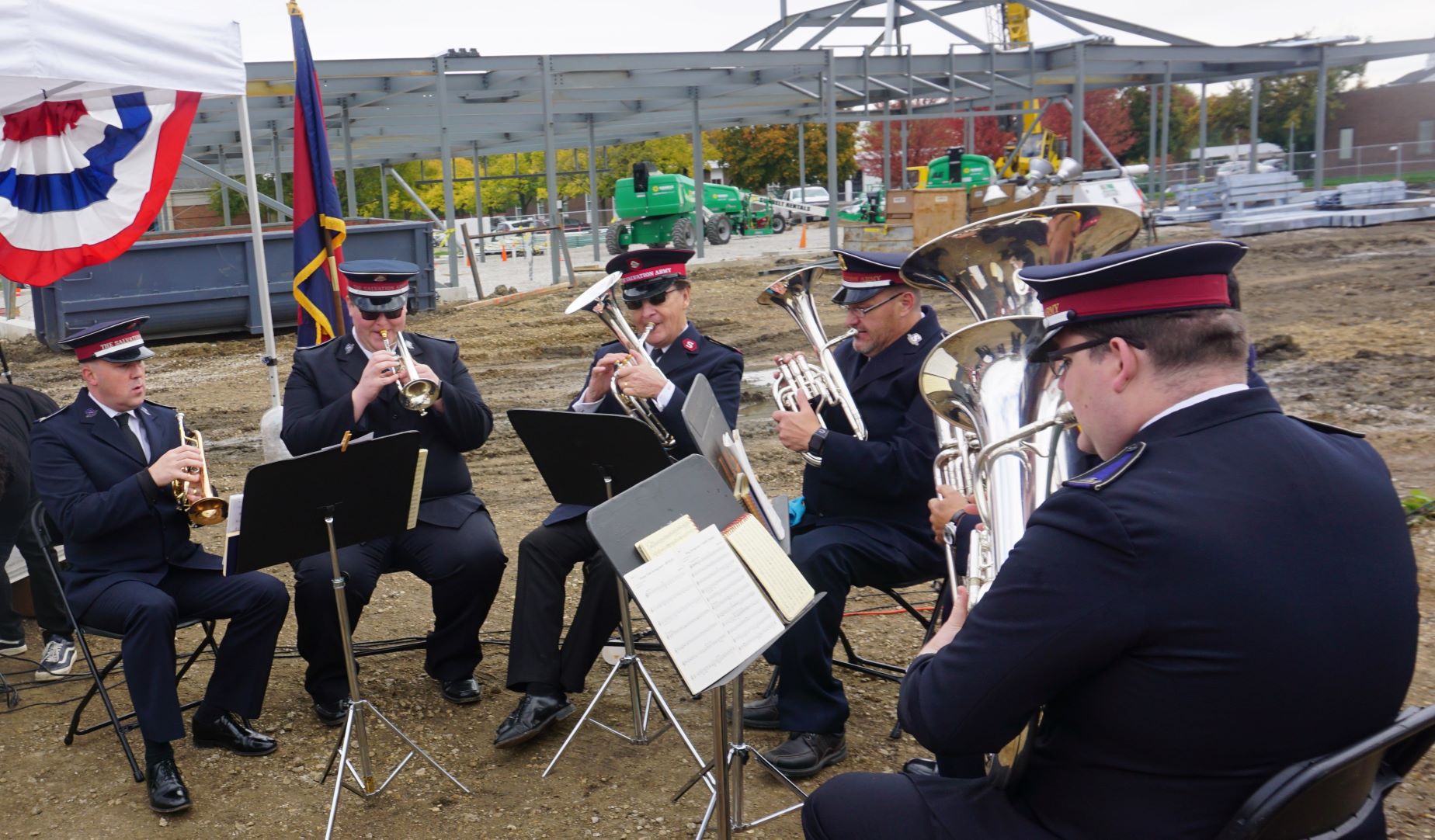 “Today we celebrate not in where we are, but where we can be, and will be. Not just as a building, but as a community. We celebrate the hope for a better tomorrow for all our neighbors in need.

“We are the Salvation Army. Salvation and service are the heartbeat of our mission, to preach the gospel of Jesus Christ and meet human needs in His name without discrimination.

“We are the Salvation Army. Together. An army of mobilized volunteers will serving our community. Advisory board members, volunteers, staff and soldiers, men women old and young. This building and all that will take place here represents hope. 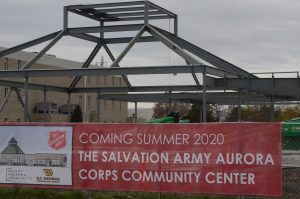 “Hope for the hungry, for those struggling to pay their rent. Hope when there is loneliness. Hope for the immigrant far from their family seeking to make this their new home.

“We are Aurora strong. We are hope strong. Where Hope is needed we are there, and we will be here.

“We are blessed to be your Salvation Army. May the Lord continue to bless us and our community. To provide the needed resources to meet the needs as we stay in His will” Forney said. 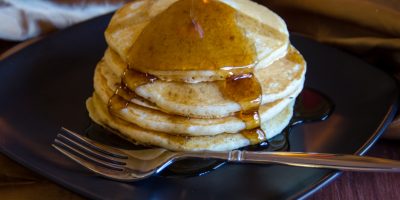 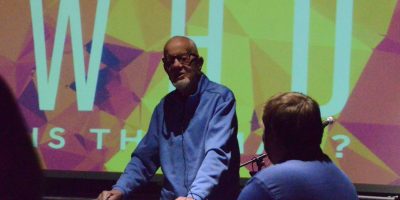