The filmmaking team behind

by Michael Foust
ANAHEIM, Calif., March 28, 2019 (BP) — The filmmaking team behind “I Can Only Imagine” and “Woodlawn” launched a new faith-based movie studio Wednesday (March 27) — Kingdom Studios — and unveiled four new theatrical films in a first-of-its-kind venture within the Christian movie industry.

Lionsgate, the Hollywood company that released such mainstream hits as “La La Land” and “The Hunger Games” series, will fund and distribute them. 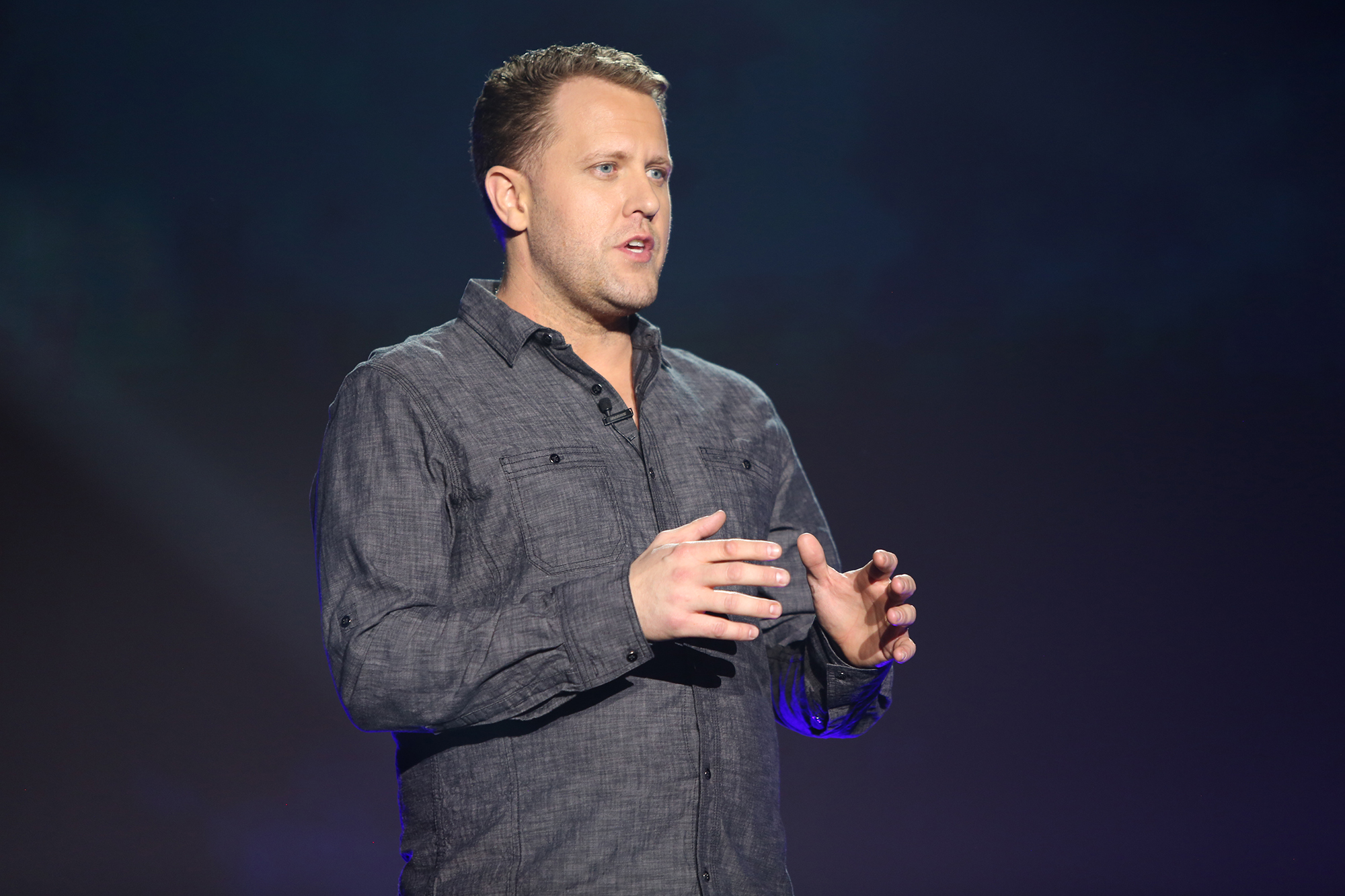 The partnership between Kingdom Studios and Lionsgate is unprecedented for two reasons: 1) It brings multiple Christian directors, producers and writers together under one umbrella, Kingdom Studios, to make theatrical films that have the backing of a major Hollywood company in Lionsgate, and 2) It involves multiple faith-based theatrical movies that are simultaneously in production under one roof. Major studios like Disney regularly unveil their future theatrical movie schedules. But until Wednesday, a faith studio had not done so.

The goal is to release two new theatrical movies each year.

Erwin told Baptist Press the new studio was born out of a desire to have a bigger impact on the culture than he and his filmmaking brother Andrew can have by themselves.

They directed “I Can Only Imagine.”

The Erwins have released four major movies since their first one, “October Baby,” in 2011. By comparison, Kingdom — at the pace of two films a year — would have released 16 films during that time if it had been in existence.

“What can we do together that none of us can do alone? I hope this is one of those moments for faith films that can be a leap forward,” Erwin told BP. “I hope that leap forward is a leap beyond ourselves to really change culture, to really engage culture.”

Erwin is the CEO of Kingdom Pictures, while Andrew Erwin is chief creative officer. Kevin Downes is chief of production and distribution and Tony Young is chairman. All four worked behind the scenes on “I Can Only Imagine” (2018). The Erwins and Downes also worked together on “Woodlawn” (2015) and “Moms’ Night Out” (2014).

Kingdom’s first four films will be:

— “I Still Believe” (March 2020), which will tell the romantic story of Christian musician Jeremy Camp and his first wife Melissa, who died of cancer in 2001. He wrote his popular song, “I Still Believe,” after her death. The Erwins will direct it.

— “Jesus Revolution” (2020), which will follow the youth-centric Jesus Movement of the 1960s and 1970s. A TIME magazine cover story dubbed it the “Jesus Revolution.” Jon Gunn (“The Case for Christ”) will direct it and pastor Greg Laurie will help produce it.

— “Apostles: Resurrection of Christ” (2021), a Bible-based and “Band of Brothers”-type movie that will tell the stories of the disciples who spread the Christian faith. The Erwins will direct it. The hope is for Apostles to be the first in a series of films about the disciples that Downes calls a “Bible cinematic universe.”

— “The Drummer Boy” (2021), a musical produced in association with the Christian band for King & Country. The Smallbone Brothers will direct it.

All four films will be wide releases in theaters, Jon Erwin said.

“What we dream of is by uniting talent under one banner we will have this sort of explosive growth in variety and Christian entertainment,” Erwin told BP. “Sort of like a trunk of a tree growing out into its individual branches, we’re all serving the same cause, but we’re serving them in diverse and unique ways.”

Joe Drake of Lionsgate said Kingdom Studios will have the “full resources” and “full platform” of Lionsgate behind it.

Said Erwin, “In my opinion, there’s never been a Hollywood movie studio more engaged &#91;in faith films&#93; and … investing this kind of time and resources — partnering with us to create a new vision for faith-based entertainment.”

Another goal of Kingdom Studios, Erwin said, is to identify and nurture talent. In that vein, Kingdom Studios will mentor and use 23-year-old actress Madeline Carroll of “I Can Only Imagine” as a writer and director.

“We’re recruiting people,” he told BP. Referencing other rising talent he’s met, he said, “We’ve learned that all this talent has been just trying to survive in isolation, yearning for a chance to work on something bigger and work on something better.”

Kingdom’s films, Erwin said, will be entertaining, emotionally relatable, strategic and safe for families to watch. They also will be unique.

“We want to get the Gospel to the world, but we feel like you can do that through films that are diverse — that are new and fresh — with filmmakers that have the potential to make films not only better than Andy and I can make, but different,” Erwin said. “We want to make &#91;movies&#93; where you don’t have to be a Christian to watch it. Hopefully you really want to be one afterwards.”

Michael Foust is a freelance writer who has covered the intersection of faith and entertainment for more than a decade.

The original story can be found at: http://www.baptistpress.com/52649/erwins-unveil-details-of-unprecedented-film-venture