Till is a must-see movie that will hopefully bend our country’s moral arc closer to a more just society.

AURORA, Ill. – I went to school for sixteen years and was never taught about Emmett Till, the fourteen-year-old black youth whose brutal murder by white supremacists in 1955 added angst and urgency to the Civil Rights Movement.

So thank you, Chinonye Chukwu, for making Till, an agonizing but exceedingly sensitive film that is going to be seen by millions and win many awards, all the while memorializing this American tragedy.

In the upbeat opening sequences of the movie, Emmett (portrayed by charismatic newcomer Jalyn Hall) is a high-spirited, likeable lad who lives with his mother Mamie (Danielle Deadwyler in a tour de force performance) on the second floor of a two-flat apartment on the South Side of Chicago.

He and his doting mom joke, banter, exchange smiles, and sing doo-wop and bee-bop tunes in imperfect harmony. Writer/director Chukwu films the fun in vibrant colors, from the bright dresses that Mamie wears to the wallpaper in Emmett’s bedroom, illustrated with tiny boats, planes, and trains.

Exuberant Emmett, whose nickname is “Bobo,” is excited about the rail trip that he will soon be taking to visit relatives in Money, Mississippi. But Mamie is overcome with dread over his looming journey into the segregated Deep South.

“I don’t want him seeing himself the way people see him down there,” she tells her mother––Emmett’s grandmother––Alma (Whoopi Goldberg, who co-produced the film). “They have a different set of rules for Negroes.”

And to her big-personality son, Mamie Till directly warns: “Be small down there!”

At the train station, mother and child engage in a long tight embrace, a scene made painfully poignant by the audience’s knowledge that the lingering hug will be their last one.

During the 700-mile ride from Illinois to Mississippi, Emmett looks optimistically through a train window, his future as seemingly wide open as the sweeping scenery.

In the small town of Money, he stays in a shotgun shack owned by his great-uncle Moses Wright, a sharecropper, and reconnects with his cousins.

Then, on August 24, after a long day of picking cotton with his relatives, comes Emmett’s much-disputed interaction with shopkeeper Carolyn Bryant while purchasing bubble gum.

“You look like a movie star,” Emmett tells Carolyn, 21. And as he leaves Bryant’s Grocery and Meat Market, he turns around and whistles at her. She goes to get a gun and points it at the car that Emmett and his extended family are departing in.

Four days later, Carolyn’s husband Roy and her half-brother J.W. Milam abduct Emmett at gunpoint from Moses’s home. Then, in an awful scene heard––but mercifully not shown––they beat the youth, shoot him in the head, and tie a 75-pound cotton gin belt around his neck with barbed wire.

Emmett’s bloated and mutilated body was discovered two days later in the Tallahatchee River. And when Mamie is notified via phone call that her beloved son is dead, she collapses in trauma.

The grief-stricken mother somehow gains enough strength to travel to Mississippi, identify her grotesquely disfigured son, and pay $3,400 to have his swollen, badly bruised body shipped back to Chicago.

Then Mamie decides to turn her pain into purpose. She chooses to hold a public funeral with an open casket and allows Jet magazine to photograph Emmett’s face. The disturbing cover photo shocked the conscience of Americans and people around the world.

But apparently not the jury of twelve white men in the trial of Bryant, 24, and Milam, 35. Both men were found not guilty in Tallahatchee County Court on September 23, 1955, despite Mamie’s courageous testimony describing her son’s corpse.

However, in a Look magazine article published on January 24, 1956, the acquitted duo brazenly admitted in ghastly detail how they killed Emmett Till. Protected by the double jeopardy clause in the Fifth Amendment of the U.S. Constitution, Bryant and Milam could not be retried.

Meanwhile, civil rights leaders Medgar Evers and Dr. T.R.M. Howard reached out to Mamie and she became a social justice proponent. National sympathy over the gruesome killing contributed to the passage of the Civil Rights Act of 1957.

On June 12, 1963, Evers, who led the effort to permit blacks to vote in Mississippi, was gunned down outside his Jackson home by Byron De La Beckwith, a Ku Klux Klan member. Medgar’s wife Myrlie and their three young children watched the murder take place.

On January 6, 2003, she died of heart failure at the age of 81 and was later buried near her son at Burr Oak Cemetery in Alsip, a suburb southwest of Chicago. Mamie’s monument reads, “Her pain united a nation.”

In August 2017, a Mississippi grand jury opted not to charge Carolyn Bryant Donham, then 82, with perjury for allegedly exaggerating her testimony in the infamous trial of her husband and half-brother.

And earlier this year, on March 29, 2022, President Joe Biden signed into law the Emmett Till Anti-Lynching Act, making it a federal hate crime when two or more people conspire to kill or harm someone because of their race, gender, sexual orientation, religion, or other prejudices.

Still, white supremacy remains the “most persistent and lethal threat” to the United States, according to the Department of Homeland Security.

Martin Luther King, Jr., who was assassinated on April 4, 1968, famously said: “The arc of the moral universe is long but it bends toward justice.”

Till is a must-see movie that will hopefully bend our country’s moral arc closer to a more just society. 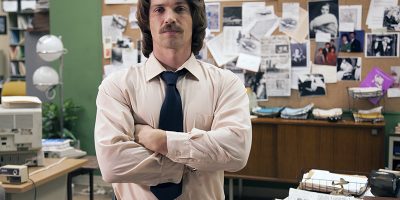