The issues around the truth, says Jesus, are deeper...

I have been reflecting on that instruction and invitation from the Gospel of John more than ever after these last four years, thinking about what Jesus is saying and, perhaps just as importantly, isn’t saying.

He did not say to tell the truth in order to make us right and righteous, and them wrong and unrighteous — or to show some of us to be good and others to be evil. Jesus didn’t say to tell the truth by creating our own “facts” and weaponizing them against others. The issues around the truth, says Jesus, are deeper; they are about freedom and bondage — our own.

To lose the truth is to lose our freedom. As historian Timothy Snyder wrote recently in The New York Times Magazine, “Post-truth is pre-fascism, and Trump has been our post-truth president.”

That is where we were headed, and that danger has not yet passed. When it comes to facts and the truth, we still live in a world of parallel universes, with allegations of “fake news” and affirmations of “alternative facts” — one nation with totally different experiences and realities.

And the only thing that can help us become — for the first time in our nation’s history — a genuinely multi-racial democracy is the truth: to seek it, find it and act upon it.

After the violent insurrection at the Capitol, the media narrative was about the “Big Lie” that motivated the seditious desecrators. It was the lie about the election being stolen, for which there was absolutely no evidence.

But underneath the “Big Lie” is the “Bigger Lie” of white supremacy, which was a principal motivator of those who stormed the Capitol.

As African American studies scholar Eddie S. Glaude Jr. has been trying to tell us, we have been in a cold civil war for a while now, and it got hot in the Capitol assault — with Confederate battle flags leading the way — just as in Charlottesville in 2017 and many other places before and since.

The Civil War against slavery and the brutal lie of white supremacy is not over, and the white terrorists who carried Confederate flags while attacking the Capitol were modern-day lynchers; they even brought nooses. The same cheering crowds who were always at lynchings were there, too, on the steps and in the rotunda, with supporters all over the country and even enablers within Congress — all incited by the lies from the White House.

White supremacy has always been the “Big Lie” of the United States — that some of God’s children are superior or inferior to other people, and that the former are therefore justified in dominating the latter by any means necessary.

That lie is still an idol in the core of the white church. According to the Bible, idols separate people from God, and the idol of white Christianity has done just that; tragically, most white Christians believed the lies of Donald Trump — and many still do.

This is a religious and theological crisis. Since Jan. 6, I have spoken to top evangelical leaders who painfully wonder how many of their white evangelical constituents rampaged through the Capitol or sympathized with those who did.

Reconciliation needs the truth; therefore, we can never reconcile with white supremacy. White supremacy is a lie and an idolatry that must be removed from all our churches. For white Christians, that must become our primary spiritual task.

Only the truth can set us free, which is what we most need now. As we learned from Desmond Tutu and Nelson Mandela in South Africa, there is no reconciliation or unity without the truth.

It is indeed time for an American version of their Truth and Reconciliation Commission. That conversation is already starting around words of truth, racial healing and transformation; and even bills have been introduced in the House and Senate to establish such a national commission.

In his inaugural address, President Joe Biden said, “… each of us has a duty and a responsibility, as citizens, as Americans, and especially as leaders, leaders who have pledged to honor our Constitution and protect our nation, to defend the truth and defeat the lies” (emphasis added).

Telling the truth is everyone’s responsibility now, from presidents and political leaders of both parties to civil society leaders who must call all our secular institutions to moral accountability. Telling the truth will also require us to challenge the algorithms of social media companies that have amalgamated and amplified lies and undermined the truth — all for the sake of the business model of profit with no accountability.

For white faith leaders, it’s long past time to call our own white churches and parishioners back to Jesus. Detoxifying our churches will require discipling our churches out of sinful racism and back to Jesus Christ. That will take preaching from all our pulpits against America’s original sin of racism; teaching the truth, not just about American history but also our racialized church histories; learning how racism is not just personal but also systemic; and challenging the deep heresies of privatized religion in America — something we have often used to cover up our social and structural sins.

And finally, it will mean reading and studying in our small groups and families to learn and listen to the stories of our brothers and sisters of color in the body of Christ — whose pain we have not suffered with or even acknowledged, in direct disobedience to Paul’s First Letter to the Corinthians, which says, “… if one member suffers, all members suffer with it.”

The moral task before all white Americans is to become humble enough to learn the truth by listening and finally hearing the experiences of our fellow citizens of color. We need to really see how we have been in the same cities and towns and rural regions and nation but have lived in different countries.

Perhaps if we can deeply understand how different it is to be Black and brown parents than to be white parents in America, that truth could unite us around the kind of nation we want for all our children, who are also all the children of God.

(Jim Wallis is founder and ambassador of Sojourners. His book “Christ in Crisis: Why We Need to Reclaim Jesus” is available in paperback. Follow Jim on Twitter @JimWallis. The views expressed in this commentary do not necessarily reflect those of Religion News Service.)

« At March for Life, a pivot away from Trump and toward ‘unity’ (Previous News)
(Next News) Jewish groups join chorus of voices calling for expulsion of Rep. Marjorie Taylolor r Greene » 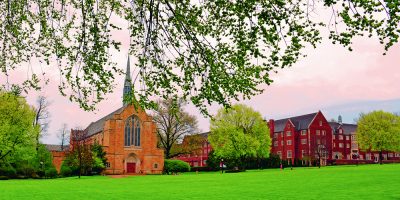 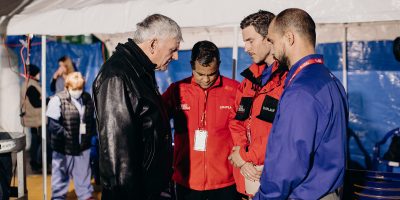