“Pro-Life Evangelicals for Biden,” which Hunter helped launch, insists that, while they uniformly oppose abortion, the Christian electoral agenda should not be confined to reproductive rights.

But Hunter remains unbowed and his ironic, self-deprecating sense of humor intact. At 72, and a veteran of previous evangelical wars, he said, “I’m a tough old bird.”

Zealous Christians stopped burning heretics at the stake centuries ago. But today, many white evangelicals have drawn a clear line for what constitutes acceptable dissent. They are exacting a considerable — if less incendiary — price for those crossing it.

“There is some sort of connection that can be traced through history, through some strands of almost hysterical Christianity,” Hunter says. “In times of high stress … you exaggerate the wrongness of the other side so you can justify both your own righteousness and your own overreaction in fighting what you see as the enemy.”

“Pro-Life Evangelicals for Biden,” which Hunter helped launch, insists that, while they uniformly oppose abortion, the Christian electoral agenda should not be confined to reproductive rights.

“Poverty, lack of accessible health care services, smoking, racism and climate change are all pro-life issues,” the new group proclaimed. “Therefore, we oppose ‘one issue’ political thinking because it lacks biblical balance … we believe that a biblically shaped commitment to the sanctity of human life compels us to a consistent ethic of life that affirms the sanctity of human life from beginning to end.”

The founding announcement ignited a firestorm among evangelical Trump supporters, which polls indicate reflect the feelings of a majority of white evangelicals.

One of three hostile opeds on the Christian Post website was headlined: “‘Pro-life evangelicals for Biden’ is a monumental ethical failure.”

“My deepest sense is that they will rue the day they made this endorsement,” he said.

“There is nothing surprising about the outcries against Hunter and his organization’s support for pro-choice Biden,” said Myriam Renaud, a scholar of religion in public life who studies white evangelicals’ voting patterns.

“Still, it bears remembering that, while two out of three white evangelicals oppose abortion, one out of three — across all generations — told Pew Research that abortion should be legal in almost all, or most cases … Hunter and his organization may well represent the public face of those who agree that Biden is the better candidate to take care of Americans struggling financially.”

“I can’t say for sure,” said lifelong-Republican Hunter. “I have been all my ministry a genuine conservative when it comes to the interpretation of Scripture. … When you have someone who has all the credentials of conservative evangelicalism, who wants to partner with people who are not in that camp for the good of everybody … that gets threatening, or alarming.”

“I think people are scared,” Hunter said. “There is so much disinformation, so much hyperbole surrounding this election. So much fear.” Some pulpit ministers have given silent support for Hunter but “are scared to death of the bullies in their congregation.”

“Many of these people are my friends, and they are hurt that I was their trusted friend and a credible leader. They have a sense of betrayal because they just assumed I was among the 81% who supported Trump in 2016.”

That year, “I had real doubts about whether Sec. Clinton was going to include faith matters in a significant way (in her administration) … So I took a chance on Trump. I thought, we’ll give this a shot. I should have been smarter on that.”

“I’ve gotten two kinds of blowback,” he said, “including some vitriolic responses, although also some positive, supportive reaction.”

Huffman was once Richard Nixon’s pastor in his winter White House in Key Biscayne, Florida.

Some among his family, friends and former congregants, Huffman said, “are angry as all get-out” with him and the new group. Others, who agree with him, are “paralyzed with fear, frozen in place.”

“For someone who is employed by a religious organization, to speak out about the moral degeneration of the president of the U.S. will only blow up their organization. I have a luxury; I’m 80 years old — no one can fire me!”

For Hunter, the blowback was not entirely unexpected. His earlier friendship with Barack Obama, for whom he served as a spiritual adviser, pared his once 20,000-member multisite congregation by 10%. His forum on inclusion after the terrible 2016 shootings at an Orlando LGBT nightclub further upset members. In 2017, he retired after 32 years at Northland Church to do local community outreach.

“I think it will, in the privacy of the voting booth,” said Huffman.

“Given the secret ballot,” said one evangelical who has spent his adult life in parachurch ministry and motivational speaking, “I would think that Joel Hunter’s stand would indeed encourage some, perhaps many, undecided or wavering white evangelicals to vote for Biden — or at least to not vote for Trump.”

Including him, although he did ask not to be identified.

(Orlando-based religion writer Mark I. Pinsky is author of “A Jew Among the Evangelicals: A Guide for the Perplexed.”) 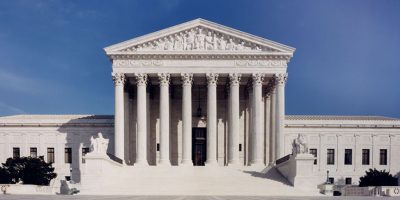 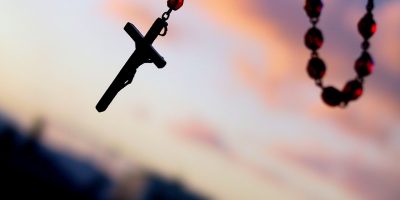