The county said Grace Community Church is not only violating the county’s public health order, but also the court’s preliminary injunction.

The Los Angeles Times on Thursday reported that three confirmed COVID-19 cases had been tied to the church. The headline for that story read: “Coronavirus outbreak strikes L.A. megachurch that defied public health orders.”

Jenna Ellis, attorney for John MacArthur and Grace Community Church, in a statement said the cases shouldn’t be characterized as an ‘outbreak.’  She called the LA Times headline “grossly misleading.”

“It has never been the Church’s position that it is only safe to hold services if no one ever tests positive, or for example, if no one ever gets the flu during flu season,” continued Ellis.

Los Angeles County’s health protocols for places of worship require that Grace Community Church report to the Department of Public Health when at least three cases of coronavirus are reported or identified within a span of 14 days.

That way, public health officials can determine if there is an outbreak and provide infection control guidance, technical support and site-specific outbreak control measures.

A Los Angeles Superior Court judge on Sept. 10 granted a preliminary injunction against Grace Community Church, prohibiting MacArthur from holding indoor worship services. MacArthur, however, has continued to hold in-person services with congregants singing and sitting next to each other without masks.

The county said Grace Community Church is not only violating the county’s public health order, but also the court’s preliminary injunction.

“These types of large gatherings (especially indoors) jeopardize the County’s efforts to control spread of the virus and keep people safe,” the county said. “Parties cannot violate court orders with which they don’t agree.”

But, according to Ellis’s statement, the county is being selective in who it restricts. “LA County shutting down churches indefinitely amid a virus with a 99.98% survival rate, especially when state-preferred businesses are open and protests are held without restriction, is unconstitutional and harmful to the free exercise of religion.”

Church leaders have said they will follow the Bible instead of health regulations.

“We will obey God rather than men. We’re going to be faithful to our Lord,” MacArthur told his congregants in a July 31 video. “We’re going to leave the results to him.” 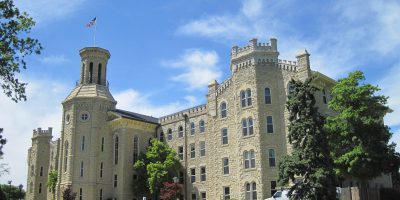