By comparison, Obama set that number at 110,000 his last year in office.

by: Emily McFarlan Miller
Oct.13, 2020 (RNS) — The State Department no longer is making publicly available a number of statistics about refugees admitted into the United States, including their religious affiliation.

A spokesperson for the department cited two main reasons for the changes, which took place Friday (Oct. 9): the development of a new information technology system, which won’t be completed until December 2021, and concerns about privacy.

The department eventually will produce more reports after the system is completed, but the spokesperson could not confirm whether they would include religion data. Meanwhile, the “interactive reporting feature” that contained religion-related data on refugees already has vanished.

“The interactive reporting feature will not return due to privacy concerns,” the spokesperson told Religion News Service. “The specific reports that will be available are yet to be confirmed but will take into account data protection and refugee privacy concerns.”

RELATED: Trump aims to protect persecuted Christians, but some aren’t sure he’s helping

The shift has raised concerns from at least one of the faith-based organizations tasked with resettling refugees in the country. The data helped groups such as World Relief track whether the federal government is living up to its pledges to help those facing religious persecution.

“It certainly will make it more difficult to hold our government accountable to its commitments to protect those fleeing violations of their religious liberty globally,” said Matthew Soerens, U.S. director of church mobilization and advocacy for World Relief and national coordinator for the Evangelical Immigration Table.

Soerens also said he has never heard privacy concerns raised about the information previously shared by the State Department. All of that data, he said, was aggregated and anonymous.

World Relief, an evangelical Christian organization that works with the U.S. government to resettle refugees, relied on State Department data to document what it calls “the startling reduction in the resettlement of persecuted Christians and other religious minorities” in a report it issued last summer with Open Doors USA, Soerens said.

The data showed a precipitous drop in recent years in the number of Christian refugees admitted to the U.S. from the 50 countries at the top of Open Doors USA’s World Watch List. The annual list tracks the places where Christians face the worst persecution.

President Donald Trump promised in his first days in office to make helping persecuted Christians a priority for his administration.

But the last numbers made available by the State Department — which Soerens downloaded Friday before they disappeared from the department’s website — show the number of Christians admitted from those countries dropped 83.2% from fiscal years 2016 to 2020.

This year’s sharp decline in refugees is partially attributable to the ongoing pandemic caused by the novel coronavirus, but the change predated the virus: Trump has repeatedly slashed total refugee admissions to historic lows each year he has been in office and this year he proposed only allowing a maximum 15,000 refugees into the U.S.

By comparison, Obama set that number at 110,000 his last year in office.

Soerens said the State Department now will only broadly release how many refugees have fled their countries based on “religious persecution.”

That includes those who qualify under the Lautenberg Program, which admits citizens of former Soviet-bloc countries who are members of certain religious minorities and have family in the U.S. They are not required to demonstrate the same individual fear of persecution other refugees do, he said.

The work of helping refugees find a home in America is largely done by faith-based organizations such as World Relief.

Of the nine groups authorized by the U.S. government to resettle refugees, six claim a religious affiliation. Others include Church World Service, Episcopal Migration Ministries, HIAS (founded as the Hebrew Immigrant Aid Society), Lutheran Immigration and Refugee Service and the U.S. Conference of Catholic Bishops. 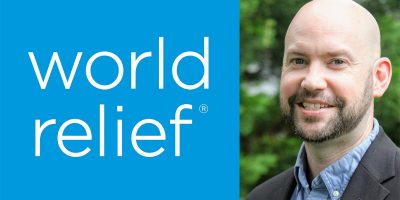 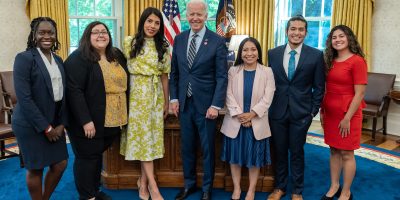