Ortez-Cruz was one of nine immigrants taking refuge in sanctuary churches across the country...

ICE drops $300,000 fine for an immigrant in church sanctuary

by: Yonat Shimron
Oct. 25, 2019 (RNS) — The message Pastor Isaac Villegas got on his cell phone earlier this week was short and sweet.

She was referring to a letter her lawyer received informing her that the $300,000 in fines she owed the government for overstaying her deportation order had been dropped.

Ortez-Cruz was one of nine immigrants taking refuge in sanctuary churches across the country who received letters from Immigration and Customs Enforcement in July, fining them hundreds of thousands of dollars in civil penalties for disobeying orders to leave the country.

“From the beginning, it felt like an absurdity,” said Villegas, pastor of Chapel Hill Mennonite Fellowship, which, along with The Church of Reconciliation, a Presbyterian Church (USA), offered her refuge from immediate deportation last year because she is afraid of returning to Honduras.

Ortez-Cruz crossed into the United States in 2002, after her domestic partner, the father of her son, stabbed her multiple times.

Edith Espinal, a Mexican national who took sanctuary in a Columbus, Ohio, Mennonite church, also learned that her $497,777 fine has been cancelled.

ICE spokesman Richard A. Rocha confirmed that his office has dropped the fines for eight of the nine undocumented immigrants.

“ICE will pursue enforcement of these removal orders using any and all available means, and has reserved the right to reassess fines in these cases,” Rocha said in an email.

Rocha did not identify the ninth person whose fines are still in place.

Many saw the fines as another tool in the Trump administration’s hardline immigration enforcement. The targeting of the nine undocumented immigrants living in church sanctuaries also appeared to be selective, said Noel Andersen of Church World Service.

When first notified of the fines, Ortez-Cruz was told she “failed to meet the obligations of their removal.” She was fined $500 per day, which, adjusted for inflation, totaled $799 a day.

Most of those immigrants in sanctuary have few, if any, financial means and are unable to work beyond the few chores they can perform for their hosts. The fines appeared to activists as a way to scare religious congregations into not sheltering immigrants — especially if they fear the government might fine them for doing so.

Her lawyers at McKinney Immigration Law, of Greensboro, North Carolina, challenged the fine. The law firm received a letter late dated Oct. 17 that offered no explanation for why the fines were dropped.

“It doesn’t go into any details,” said Simon Taft, an associate attorney with McKinney.

Taft said his firm was ready to sue ICE over the fines.

“Because it was withdrawn under discretion, they may try to reinstate it,” he said. “We’re ready if they decide to do that.”

Oral arguments on Ortez-Cruz’s immigration appeal are scheduled for Wednesday in the 4th U.S. Circuit Court of Appeals in Richmond, Virginia. Her lawyers will argue that the Department of Homeland Security wrongly presumed that Ortez-Cruz would not be harmed if she returned to Honduras. 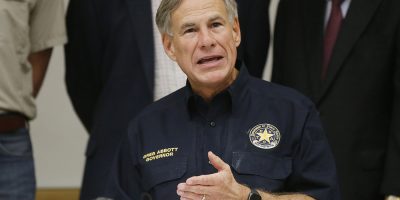 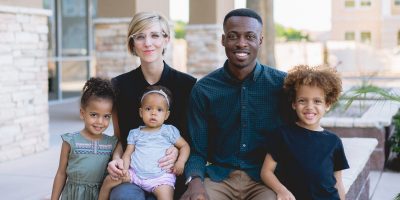