McKeehan's cause and manner of death remain under investigation... 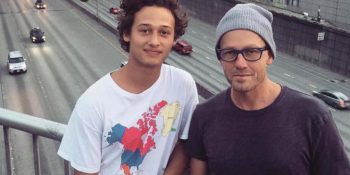 by: Matthew LeimkuhlerOct 25, 2019 (USA Today) — Truett Foster McKeehan, the oldest son of Christian rapper TobyMac, died Wednesday in Nashville, a representative confirmed to the USA TODAY Network – Tennessee. He was 21. The Nashville Fire Department responded late Wednesday morning to a report of a person in cardiac arrest at a home in the city’s Radnor neighborhood. McKeehan was pronounced dead on arrival.  McKeehan’s cause and manner of death remain under investigation, the Metro Nashville Police Department said. An autopsy will be conducted at the medical examiner’s office in Nashville. Read More 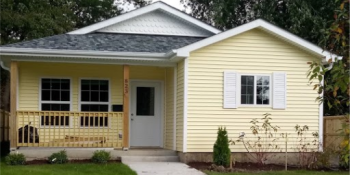 MONTGOMERY, Ill., Oct. 14, 2019—Montgomery-based Fox Valley Habitat for Humanity will dedicate its first Women Build home at 11 a.m. Saturday, Nov. 2, at 823 Gillette Ave. in Aurora. The public is invited. A program will include remarks by Habitat and elected officials, presentation of house keys and a family Bible to the future homeowner, Elsa Macias of Aurora, and an open house with refreshments. The event marks Fox Valley Habitat’s 63rd dedication in Aurora, North Aurora and Montgomery since the nonprofit’s founding in 1988. A groundbreaking ceremony was heldRead More

Ortez-Cruz was one of nine immigrants taking refuge in sanctuary churches across the country...

ICE drops $300,000 fine for an immigrant in church sanctuary

by: Yonat Shimron Oct. 25, 2019 (RNS) — The message Pastor Isaac Villegas got on his cell phone earlier this week was short and sweet. “Un problema menos,” texted Rosa del Carmen Ortez-Cruz, a mother of four living in sanctuary at a Presbyterian church in Chapel Hill, North Carolina. “One less problem.” She was referring to a letter her lawyer received informing her that the $300,000 in fines she owed the government for overstaying her deportation order had been dropped. Ortez-Cruz was one of nine immigrants taking refuge in sanctuaryRead More

“We haven’t yet comprehended what women mean for the church and we stay in the functional side” he (Pope Francis) said...

As Amazon synod closes, bishops ask the Pope to allow some married priests 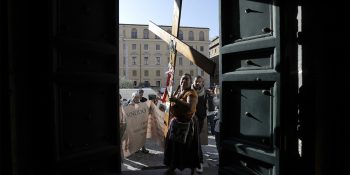 by: Claire Giangravé VATICAN CITY, Oct. 26, 2019 (RNS) – Bishops voted on the final document of their Vatican summit (Oct. 6-27) on the Pan-Amazonian region on Saturday, taking preliminary steps toward the ordination of married men to the priesthood, the female diaconate and the creation of an Amazonian Rite. The bishops approved with a two thirds majority all the 140 paragraphs in the document, which focuses on further inclusion of laity and women in the Catholic Church’s ministry in the region. The more than 180 bishops at the synodRead More

“Like that Old Testament prophet, he stood against the corrupt leadership of King Ahab and Queen Jezebel,” Clinton said... 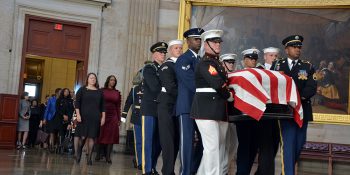 by: Jack Jenkins Oct. 25, 2019 (RNS) — After news broke last week (Oct. 17) that Maryland Democratic Congressman Elijah Cummings had died, many were quick to note that one of the last things the longstanding critic of the Trump administration — and key figure in an ongoing impeachment inquiry — did in his hospital bed was sign subpoenas. But when Bishop Walter Thomas stood before the hundreds of churchgoers and dignitaries who packed the pews of New Psalmist Baptist Church in Baltimore, Maryland, on Friday (Oct. 25) for Cummings’Read More