World Relief formally expressed its disagreement with the proposed rule...

BALTIMORE, Md., Aug. 14, 2019 – This week, the Department of Homeland Security (DHS) announced a final rule clarifying who will be restricted from legal immigration to the U.S. on account of being considered a “public charge.” The final rule, published today, revises DHS regulations to determine whether an immigrant will be allowed to become an immigrant in the United States based on the government’s assessment of the likelihood that the immigrant will utilize taxpayer resources.

While the government has a responsibility to be fair to American taxpayers, it also must prioritize the unity of the family. World Relief formally expressed its disagreement with the proposed rule published on October 10, 2018, and the final rule does not adequately address our many moral and legal concerns. The global Christian humanitarian organization believes the final rule will prevent families from being lawfully reunited in the U.S., is susceptible to judicial challenge as “arbitrary and capricious,” and is a disappointing action by an administration that had previously claimed it supports expanding legal immigration.

“The clear effect of this rule is that a significant number of family reunification petitions that would previously have been approved will be denied, meaning U.S. citizens will be prevented from residing with their spouse and children within the U.S.,” said Jenny Yang, vice president of advocacy and policy at World Relief. “As Christians who believe in Jesus’ words that ‘what God has joined together, no one should separate,’ we stand opposed to this policy that will keep married couples apart from one another and keep children from being nurtured by their parents.”

The final public charge rule will take effect on October 15, 2019. It will go well beyond existing regulations, which already require a prospective immigrant’s U.S. citizen or Lawful Permanent Resident sponsoring relative to make a legally binding commitment to be financially responsible for their relative. The rule instructs governmental officers to consider a long list of factors to predict if an immigrant might someday become a public charge, and to deny those seeking to adjust their status and acquire a green card.

The new rule gives extremely broad discretion to adjudicating officers, which will lead to irregular outcomes and confusion. The process of drafting this rule has thus far resulted in dampening the outlook among legal immigrants and their families already in the U.S., fueled rumors that have led qualifying U.S. citizens to refrain from accessing assistance for which they qualify under the law and discouraged those hoping to help their relatives immigrate here in the future.

“While the Bible is clear that all Christ-followers must care for the poor, there are legitimate disagreements among Christians about the precise role of government in providing public assistance. This new rule, however, is not really about access to public benefits, as it does nothing to change eligibility standards for receiving public benefits, which most family-sponsored immigrants have already been ineligible for in most cases since the 1996 welfare reform act,” noted World Relief CEO Tim Breene. “Instead, this rule simply further restricts legal immigration, particularly from those coming from low-income backgrounds, with the effect of keeping families apart. And all Christians can agree that God created the family unit and intends for them to be together.”

World Relief asks supporters wanting to stand with vulnerable immigrant families to call their members of Congress and the White House to oppose this new rule.  Families seeking to determine how this rule could affect them or their relatives are encouraged to consult with a local World Relief office, a partner church providing authorized immigration legal services, or another authorized immigration attorney or Department of Justice-recognized non-profit organization. 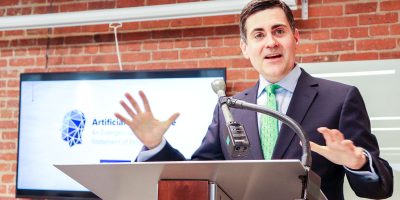