The campaign seeks to mobilize Christians to stand against the Trumpist culture of predatory behavior, outright lies...

BOSTON, Oct. 19,2020 — “Christians Against Trumpism & Political Extremism” has announced the addition of Michael Wear, former faith advisor to President Obama and founder of Public Square Strategies, LLC, to its leadership team. Wear is a senior advisor for the new Super-PAC, “Not Our Faith,” which seeks to amplify the voices of Christians who do not support Donald Trump in the final weeks of the election.

“There are millions of Christians who do not support Donald Trump and dozens of significant groups, institutions and leaders in the faith who are not standing silently by. We are proud to join with Michael and Not Our Faith to speak against the darkness and division of Trumpism and political extremism,” said John Kingston, founder of Christians Against Trumpism & Political Extremism.

Wear noted, “the President has continually used faith, and people of faith, for his own purposes. We stand together against that – and I’m honored to join my voice with the incredible group of leaders Christians Against Trumpism has already assembled. I know that our collective efforts matter – and we will continue to faithfully speak truth into this moment.”

The two groups will collaborate on joint media efforts as well as working to amplify the large number of Christian groups who are speaking out.

In addition to Wear, other prominent leadership team members include:

The “Christians Against Trumpism & Political Extremism” website and social media provide the best public resources, including the work of leadership team members and that of long-standing media champions of this cause such as David French, Pete Wehner, Michael Gerson and Mona Charen.

“We are hearing stories every day of how our work and our resources are such an encouragement to so many voters who have found in us a like mind and faith,” said co-founder and pastor and political consultant Joel Searby. “We are seeing our numbers grow daily, and we look forward to having an impact on how politicians who claim to be Christians or represent their values conduct themselves.”

The campaign seeks to mobilize Christians to stand against the Trumpist culture of predatory behavior, outright lies, poisonous rhetoric and undermining American ideals and institutions. Movement leadership will also oppose these tactics whenever employed by political extremists, both left and right.

This campaign is an initiative of Stand Up Republic, a 501(c) 4 organization founded by Evan McMullin and Mindy Finn with a mission to mobilize a national cross-partisan constituency to defend and strengthen American democracy. 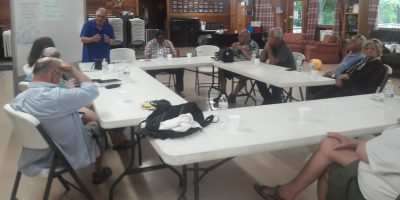 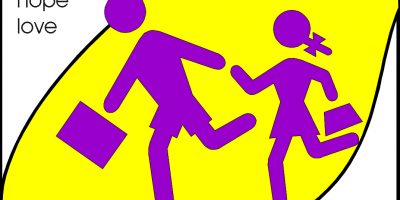