Willow Creek, for example, is listed as using the funds to retain 353 employees and Life.Church as retaining 451 employees.

by: Yonat Shimron
July 7, 2020 (RNS) — Thousands of churches and other religious organizations received forgivable loans of up to $10 million to make up for pandemic losses, according to limited government data released this week by the U.S. Treasury.

The vast majority of religious organizations listed in the data received between $150,000 and $300,000 as part of the federal Paycheck Protection Program intended to help small businesses maintain payroll and other approved expenses during the pandemic. The data did not list businesses and organizations that received less than $150,000.

At least two dozen religious organizations received the highest tier of funds, between $5 million and $10 million. Among them were two megachurches — Willow Creek Community Church in South Barrington, Illinois, and Life.Church in Edmond, Oklahoma.

Several Protestant denominations, such as the Evangelical Lutheran Church in America and the Presbyterian Church (U.S.A.), also received between $5 and $10 million, as did a dozen Roman Catholic entities, mostly dioceses, and at least two Jewish organizations, the Jewish United Fund of Metropolitan Chicago and the Union of Orthodox Jewish Congregations.

Ryan Burge, an assistant professor of political science at Eastern Illinois University who examined the data, said 70% of the churches listed in the data received between $150,000 and $300,000.

The data did not list religion as a category, but Religion News Service asked Burge to search for common religious terms that appeared in the names of the nonprofits listed such as “church,” “synagogue” and “mosque.” Those search terms yielded 10,000 religious groups, including houses of worship, schools and other nonprofits.

The funds were structured as loans but those loans will be forgiven if borrowers show their lenders how many jobs they have retained as a result of the loan.

Willow Creek, for example, is listed as using the funds to retain 353 employees and Life.Church as retaining 451 employees.

The limited data release comes in response to multiple Freedom of Information Act requests. The loan program was widely criticized for not evaluating the need of the recipients, and dozens of publicly traded companies returned the loans after they were told by the Treasury Department that the program was not meant for large, well-capitalized companies.

Several churches headed by President Donald Trump’s evangelical advisers received loans, too. Among them were Paula White-Cain’s City of Destiny in South Apopka, Florida (between $150,000 and $300,000), and Robert Jeffress’ First Baptist Church in Dallas (between $2 million and $5 million).

Joseph Kushner Hebrew Academy in New Jersey, which is named after Trump’s son-in-law and adviser Jared Kushner’s grandfather, got a loan in the range of $1 million to $2 million.

Among the groups most critical of religious organizations’ receiving loans guaranteed by the U.S. government were atheists, who said it was unconstitutional for religious groups to receive taxpayer funds.

“This is an unprecedented giveaway to religious organizations,” said Alison Gill, vice president of legal and policy at American Atheists.

« Wheaton College chaplain fired over allegations of ‘racial and sexual’ comments (Previous News)
(Next News) Opinion: Black churches have lagged in moving online during COVID – reaching across generations could help » 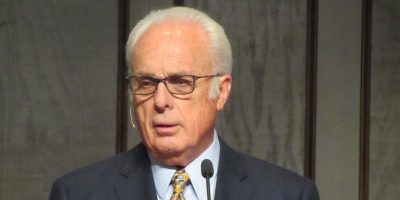 by: Alejandra Molina Aug. 6, 2020 (RNS) — For the past two Sundays, Grace CommunityRead More 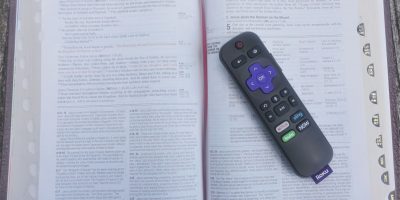 To cope with pandemic, Americans choose binge-watching TV over the Bible