t’s against this Islamophobic backdrop that we need to examine Texas Gov. Greg Abbott's decision to opt out of the United States refugee resettlement program...

by: Paul O’Donnell
Jan. 15, 2020 (RNS) — Texas always seems to lead the way in hate — quite literally: we account for 10% of the country’s hate groups, many of them spurred by Islamophobia. Since 2016, Texas has led the country in arson attacks on mosques, where armed white supremacists regularly show up to protest.

The hate also comes from official quarters. In the wake of President Trump’s Muslim ban, Dallas-Forth Worth International Airport had more detainees than any other port of entry. In 2017, State Representative Kyle Biedermann asked pretty much every Muslim leader and organization head in the state, including me, to respond to a “survey” that amounted to a loyalty oath.

It’s against this Islamophobic backdrop that we need to examine Texas Gov. Greg Abbott’s decision to opt out of the United States refugee resettlement program in response to Executive Order 1388, allowing states to choose whether to participate. So far, 42 other states have said that they will opt in; Abbott is the first chief executive to take a pass.

It was a 2016 campaign called “Say No to Syrian Refugees” that first spurred white supremacists to protest in front of our mosques here. I met some of the protesters personally, as you can see in a BBC documentary titled “United States of Hate,” in which I come face to face with one of the gun-wielding protesters and invite him to a picnic with the Syrian refugees he was denigrating. To his credit, he quickly realized that, in the process of dehumanizing refugees, he had lost his own humanity.

Or as he put it upon meeting a family whose 7-year-old daughter had her leg blown off in Idlib: “I feel like an idiot.”

The official rejection of refugees largely rests on two lies: 1. That refugees have been a drain on economic resources and 2. That they threaten our security. 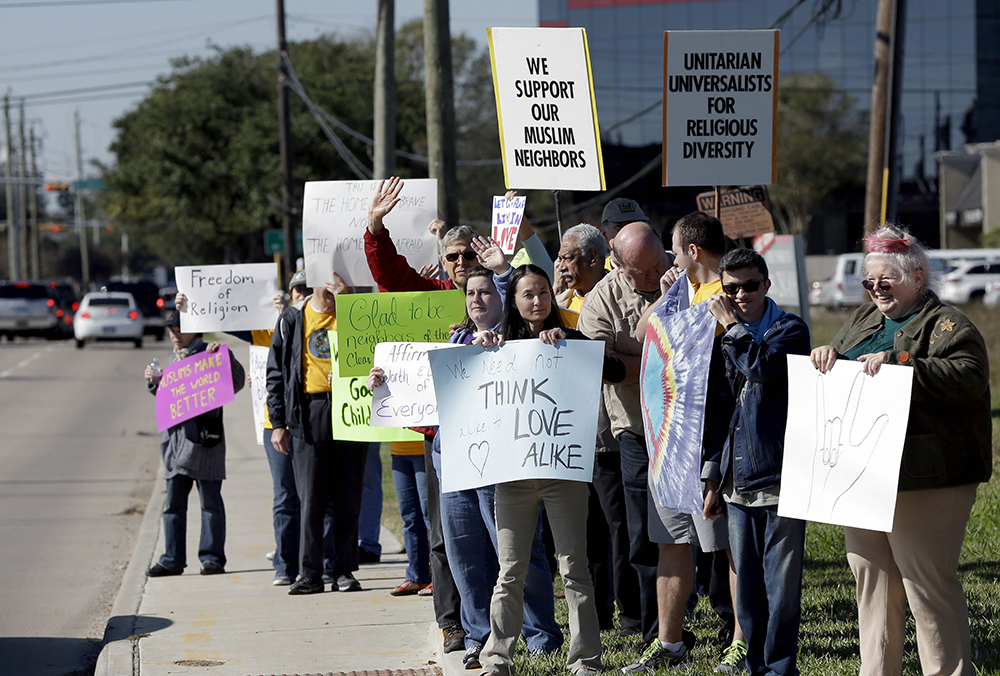 The economic claim has been roundly disproved, in relation to Texas and elsewhere. Refugees consistently outrank the U.S. born population in entrepreneurial pursuits, and in 2015 alone they spent $4.6 billion into Texas’ economy and paid $1.6 billion in taxes.

Refugees have, as the Texas Catholic Conference of Bishops wrote in their letter of objection to the governor’s decision, made our communities more vibrant and “brought their gifts and talents to our state,” contributing to the “general common good of all Texans.”

According to Maruf Dallas, a Muslim aid organization that supported more than 2,500 refugees in 2019, 93% of those it supported were able to achieve a state of self-sufficiency within four months of arrival.

The second claim is the more nefarious, in that it preys on people’s fears and actually endangers Muslims by portraying them as foreign threats. We cannot ignore the fact that when Trump initiated his Muslim ban, 28-year-old Alexandre Bissonnette walked into a mosque in Quebec and murdered six worshippers in cold blood. His stated reason for doing so was to deter Syrian refugees who had been rejected by the United States from coming to Canada.

That single act of terror cost more lives than terrorist attacks in this country by a Syrian refugee, which of course come to a grand total of zero.

These are people fleeing some of the most horrific circumstances of war. The devastation of their country has robbed them of dignity and opportunity. The last thing they are interested in is waging war, especially on the countries that take them in and give them another chance. They treasure the warmth shown to them and give their absolute best in return to the nations that resettle them. Their fear of death in their homelands is real, our fear of them is manufactured.

Among the multiple statements issued by religious and human rights organizations opposing Abbott’s decision, one stood out to me in particular. The Dallas Holocaust and Human Rights Museum reminded us that it was in the unchecked anti-Semitism of the 1930s and 1940s that Jewish refugees were turned away from these shores.

“If more Americans had spoken out during the 1930s and early 1940s in favor of admitting European Jewish refugees, many lives could have been saved,” the statement said simply. 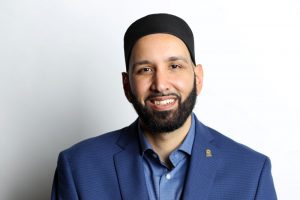 The same is true today in the midst of the worst refugee crisis since the Holocaust. If more Americans would speak out against Islamophobia, perhaps many more lives can be saved.

(Imam Omar Suleiman is the founder and president of the Yaqeen Institute for Islamic Research and an adjunct professor of Islamic studies in the graduate liberal studies program at Southern Methodist University. He is also Co-Chair Emeritus of Faith Forward Dallas at Thanksgiving Square. The views expressed in this commentary do not necessarily reflect those of Religion News Service.)