Having read a wider sample myself, I feel confident in concluding that Grudem’s judgment on this selective sample is absolute nonsense.

Then I read a piece from theologian Wayne Grudem, which did just that.

Grudem had come to the defense of the president after Mark Galli, editor-in-chief of Christianity Today, called for Trump’s removal from office because of his “grossly immoral character.”

In response, Grudem read six days’ worth of the president’s tweets and found him innocent of all charges.

Having read a wider sample myself, I feel confident in concluding that Grudem’s judgment on this selective sample is absolute nonsense. Insidious, even vile tweets are easily discoverable. It is why in my case I blocked the president’s account altogether: I didn’t wish to experience a United States president embarrassing the office on a near-daily basis.

This statement is morally true and when properly applied is profoundly instructive. Properly is the key term.

Grudem argues that Trump has been an effective president and has promoted good policies and so — because he has been successful, Trump could not possibly be immoral.

Good fruits can only come from good trees, after all, he says.

But of course this isn’t quite what Jesus taught.

None of us would deny that a horrible person could achieve something significant. I mean, have only morally pure artists produced great works of art? Achievements, even political achievements, are accomplished by folks from all over the moral spectrum.

But in the New Testament, Jesus says that our actions disclose our character.

I’d like to suggest that we phrase the question about the president’s morality differently, by asking if the president has conducted himself virtuously and not simply whether certain of his policy achievements have merit.

For now we are asking about how the man himself has acted — rather than if his policies advance the political goals of his supporters.

There is plentiful evidence that the president’s actions lack virtue. The president doesn’t just use “coarse” or “impolite” language, as Grudem put it. Trump uses language deliberately to belittle, degrade and foment.

Some of his actions are an affront to human dignity.

Grudem’s defense of the president is what ethicists call “consequentialist.” It’s a way of judging whether the ends justify the means.

So, for example, if one believes that a border wall and more aggressive policing solve important immigration problems, then the methods for getting there are of little concern; the ends justify the means. If the positive consequences arrived at by building the wall outweigh the negative, then according to the consequentialist ethic, the wall should be built.

In Christian ethics, however, we aren’t just about outcomes and the effectiveness of polices. There are other moral factors involved. When it comes to immigration, for example, other important moral factors such as treating immigrants with dignity, keeping family members together or ensuring asylum-seekers a fair and prompt hearing also matter.

A distinctly Christian ethic requires us to seek our neighbor’s good, to love our neighbor, as a first order priority.

The possible outcomes of a more aggressive immigration enforcement don’t themselves excuse actions that dehumanize our migrant neighbors.

In his piece, Grudem does not just defend the president’s record or say that his actions do not merit his removal from office as a result of his impeachment.

That can only be done, it seems to me, by dismissing, excusing or ignoring manifest cruelties and misdeeds. Heralding policy achievements while shrugging at routine displays of vice and cunning is at best an inconsistent way to affirm Jesus’ teaching about good fruit.

A person wandering the desert, vanquished from dehydration and fatigue, believes he spies an oasis on the horizon because his body wants there to be an oasis. A fan watching instant replay sees the outcome that favors her team.

I think Grudem’s response to Galli offers a similar example: Grudem sees what he wants to see.

Grudem – who once called on Trump to withdraw from the 2016 election over moral concerns — now believes Trump’s policies override any of the president’s flaws: owning casinos, praising the world’s most ruthless dictators, paying off women, mocking the disabled or separating families at the border.

It’s wrong to try to make it look Christian.

(Matthew Arbo is an assistant professor of theology and director of the Center for Faith and Public Life at Oklahoma Baptist University. The views in this essay are his personal views. The views expressed in this commentary do not necessarily reflect those of Religion News Service.)

« Opinion: Joe Biden on restoring the soul of our nation (Previous News)
(Next News) RNS reporters look ahead at 2020 » 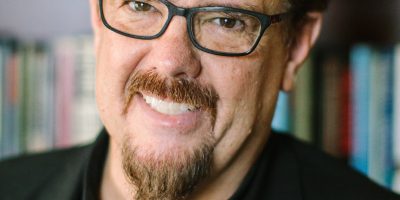 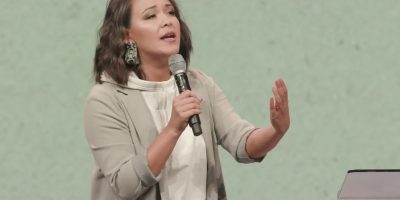