A look back at the stories that drove religion news in the past 10 years: 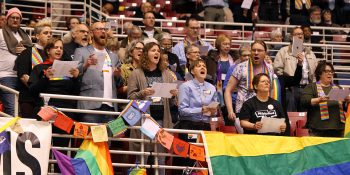 Dec. 31, 2019 (RNS) — “God surprises us,” Pope Benedict XVI said in 2010, in a Christmas broadcast for the BBC. Assuring the English-speaking world that God always fulfills his promises, the pontiff cautioned that the divine doesn’t always do so in ways we expect. Neither did Benedict. Three years later, he became the first pope in half a millennium to resign his seat, making way for the election of Jorge Mario Bergoglio of Argentina, the first Jesuit pope and the first from the New World. It was already theRead More

Francis confessed to losing his patience...

by: Paul O’Donnell VATICAN CITY, Jan. 1, 2020 (AP) — Pope Francis has apologized for hitting the hand of a well-wisher who grabbed him and yanked him toward her. In his new year’s wishes to the public in St. Peter’s Square on Wednesday, Francis confessed to losing his patience with the woman while he was strolling in the square Tuesday night to admire the Vatican’s Nativity scene. Cameras captured the scene when the woman, from behind a barrier, reached out and grabbed the pope’s hand, pulling him violently toward her.Read More

As we enter the new year, we asked Religion News Service's reporters to give us a glimpse into the stories they'll be following in 2020.

RNS reporters look ahead at 2020 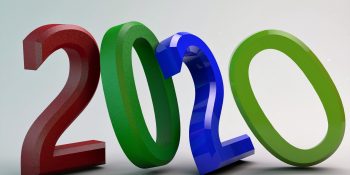 by: Roxanne Stone Jan. 1, 2020 (RNS) —  The past year on the religion beat began with a prayer meeting and weeklong retreat by U.S. Catholic bishops, hoping that by fasting and prayer they might find a way forward in response to the ongoing abuse scandal in the church. It ended with a pair of attacks on faith groups: five people stabbed while attending a Hanukkah party and three people killed during a church service in Texas. In between were moments of grief and scandal, hope and resilience. As weRead More

Having read a wider sample myself, I feel confident in concluding that Grudem’s judgment on this selective sample is absolute nonsense.

by: Bob Smietana Dec 31, 2019 (RNS) — Until recently, I’d never heard anyone defend President Donald Trump’s tweets on moral grounds. Then I read a piece from theologian Wayne Grudem, which did just that. Grudem had come to the defense of the president after Mark Galli, editor-in-chief of Christianity Today, called for Trump’s removal from office because of his “grossly immoral character.” In response, Grudem read six days’ worth of the president’s tweets and found him innocent of all charges. Having read a wider sample myself, I feel confident inRead More

That’s why, since I first declared my candidacy for president, I’ve said: I’m running to restore the soul of our nation.

Opinion: Joe Biden on restoring the soul of our nation 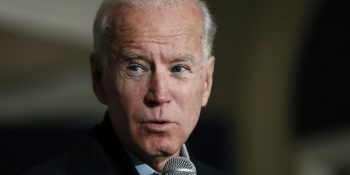 by: Paul O’Donnell Dec. 29, 2019 (RNS) — Today’s politics are too toxic, mean and divisive. People are too quick to demonize and dehumanize, too ready to dismiss all that we have in common as Americans. That’s beneath us as a country. It doesn’t reflect our values; it’s not who we are. That’s why, since I first declared my candidacy for president, I’ve said: I’m running to restore the soul of our nation. I first learned those values growing up in a Catholic, middle-class family in Scranton, Pennsylvania, and Claymont,Read More