World Relief Challenges Americans Not to Look Away, Help the Children in Detention at Our Border

BALTIMORE, Md., June 26, 2019 – As the heartbreaking image of Óscar Alberto Martínez Ramírez, gripped by his young daughter in their last moments of life along the U.S.-Mexico border, pricks the conscience of the nation, World Relief is challenging Americans not to look away, but to respond with courage and compassion. Reports of neglect, poor sanitation and sparse supplies in detention centers – particularly those housing children – are unacceptable. And hardship to the point of death upon being refused aid at the U.S. border is unconscionable. To address these needs, World Relief is launching a challenge to Americans to call their representatives and give sacrificially to ensure that no child goes without basic necessities while on U.S. soil and that our asylum laws are respected. World Relief’s goal is to drive 5,000 messages to Congress and raise funds for legal aid, church mobilization and family reunification support.

“Law enforcement is essential, but ignoring humanitarian needs is egregious,” commented World Relief President Scott Arbeiter. “After being along the border this weekend and interacting with children and families recently released from governmental custody, I am further convinced that our government must shift resources from a response designed primarily to contain a security crisis and more toward a response to a humanitarian crisis. It is the responsibility of the governed to call to task their government, so we humbly urge each citizen to consider reaching out to their representative to solve once and for all the crisis at the border.”

In addition to the numerous other services offered to refugees, those granted asylum and other immigrants, World Relief is coordinating legal consultations for those with a legitimate case who are seeking asylum, helping many understand whether their circumstances qualify for asylum under the U.S. law. When individuals have a strong case, we want to represent as many individuals as possible, because we know that asylum seekers represented by legal counsel are approximately four times more likely to ultimately be granted asylum than those who are unrepresented. At present, the need dramatically exceeds the availability of authorized legal professionals, because asylum seekers generally go unrepresented unless they can afford a private attorney – or a non-profit legal services organization like World Relief can take the case. We are eager to expand our legal services, but we can do so only with increased support from churches and individuals who stand with asylum seekers.

Ultimately, many vulnerable asylum seekers, including unaccompanied children, are likely to continue to endure dehumanizing conditions and face a high likelihood of deportation to a situation of danger unless policies change. At World Relief, we believe that local churches throughout the country have a key role in advocating for just and compassionate immigration policies that are consistent with biblical values. We have long played a key role in mobilizing local churches for advocacy and we’re committed to mobilizing the church to respond now, to have the courage to not to look away.

Finally, World Relief believes that, whether a family is at the border, has long resided in the U.S. or has been separated and seeking reunification, families belong together. By donating, individuals are helping support the immigrant legal services programs of World Relief that help families quickly determine eligibility and file for family reunification.

World Relief CEO Tim Breene commented: “The conflicts and crises that drive families and individuals away from their countries of origin and cause them to flee to our borders are multifaceted and numerous. While the long-term solutions may require thoughtful investment of humanitarian resources, we can unequivocally improve the asylum process by offering clear, quick and legal methods that relieve stress on the officials who are valiantly trying to do their jobs at the border.”

To find out how you can participate in the challenge, visit worldrelief.org/call-for-families.

World Relief is a global Christian humanitarian organization that seeks to overcome violence, poverty and injustice. Through love in action, we bring hope, healing and restoration to millions of the world’s most vulnerable women, men and children through vital and sustainable programs in disaster response, health and child development, economic development and peacebuilding, as well as refugee and immigration services in the U.S. For 75 years, we’ve partnered with churches and communities, currently across more than 20 countries, to provide relief from suffering and help people rebuild their lives. 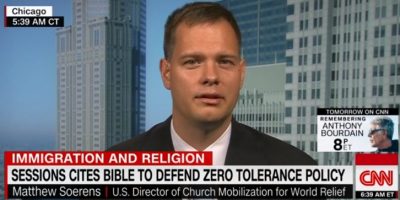 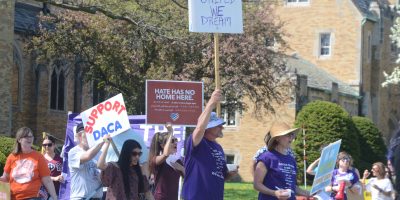