[A] small window into how underground Christians in North Korea...

by: Hyung-Jin Kim, Feb 2, 2019 SEOUL, South Korea (AP) – One North Korean defector in Seoul describes her family back home quietly singing Christian hymns every Sunday while someone stood watch for informers. A second cowered under a blanket or in the toilet when praying in the North. Yet another recalls seeing a fellow prison inmate who’d been severely beaten for refusing to repudiate her religion.

These accounts from interviews with The Associated Press provide a small window into how underground Christians in North Korea struggle to maintain their faith amid persistent crackdowns.

The North’s treatment of Christians could become a bigger issue if North Korean leader Kim Jong Un’s expected second summit with President Donald Trump produces significant progress, and if Pope Francis follows through on his expressed willingness to take up Kim’s invitation to visit North Korea.

Most of North Korea’s underground Christians do not engage in the extremely dangerous work of proselytizing, according to defectors and outside experts. Instead, they largely keep their beliefs to themselves or within their immediate families. But even those who stay deep underground face danger, defectors say.

One woman interviewed said she converted about 10 relatives and neighbors and held secret services before defecting to the South.

“I wanted to build my church and sing out as loud as I could,” said the woman, who is now a pastor in Seoul. She insisted on only being identified with her initials, H.Y., because of serious worries about the safety of her converts and family in the North.

The pastor and others spoke with AP because they wanted to highlight the persecution they feel Christians face in North Korea. Although the comments cannot be independently confirmed, they generally match the previous claims of other defectors.

Kim Yun Tae, head of the Unification Strategy Institution, a private think tank in Seoul, said he’s heard similar testimonies about religious crackdowns and underground Christians during interviews with more than 1,000 defectors from North Korea over the past 20 years.

North Korea has five government-sanctioned churches in its capital, Pyongyang, but experts say they are fakes aimed at covering up the nation’s religious abuse and winning outside aid. North Korea had a flourishing population of Christians before the 1950-53 Korean War, but it has withered amid successive clampdowns against a faith the government sees as a U.S.-led Western threat.

“From an outside perspective, there is absolutely no religious freedom in North Korea,” said Kim Yun Tae, who isn’t religious.

The U.S. State Department has included North Korea on its list of countries violating religious freedom every year since 2001. North Korea has previously bristled at U.S. criticism of its religious record, calling it proof of hostility toward its leadership.

In October, Pope Francis indicated his willingness to visit North Korea to South Korean President Moon Jae-in, who conveyed Kim’s desire for a papal visit, according to Vatican and South Korean officials.

Moon’s office cited Francis as saying that “if the invitation comes, I will surely respond to it, and I can possibly go.”

Most remaining Christians in North Korea likely learned about the religion when they went to China after a devastating famine killed hundreds of thousands in the mid-1990s. Converts were later captured in China and jailed once they were sent back to the North.

Most denied their faith while being interrogated, as H.Y. said she was later forced to do when imprisoned in the North, so they could survive. But not everyone did.

Another defector in Seoul, Kwak Jeong-ae, 65, said a fellow inmate in North Korea told guards about her own religious beliefs and insisted on using her baptized name, rather than her original Korean name, during questioning in 2004.

“She persisted in saying, ‘My name is Hyun Sarah; it’s the name that God and my church have given to me,'” Kwak said. “She told (the interrogators), ‘I’m a child of God and I’m not scared to die. So if you want to kill me, go ahead and kill me.'”

Kwak said Hyun told her about what she did during the interrogations, and Hyun’s actions were confirmed to Kwak by another inmate who was interrogated alongside her. Kwak said she later saw Hyun, then 23, coming back from an interrogation room with severe bruises on her forehead and bleeding from her nose. Days later, guards took Hyun away for good.

Actions like that strike many defectors and South Koreans as extraordinary.

More common are stories like that from another defector, who also insisted on anonymity because of fears for her family in the North. She said she only prayed under a blanket or in the toilet because of worries of being caught.

Another, who was jailed after being repatriated from China, described praying silently in his cell after a hungry fellow prisoner shared some precious kernels of corn.

“We communicated by writing on our palms (with our fingers). I told him I was a Christian and asked whether he was too,” said the man, who asked to be identified only as J.M., citing safety concerns about his siblings in the North.

Some were even more outspoken.

Jung Gwangil, a North Korean defector-turned-activist, said he saw a man praying and singing hymns when they were held together at a detention facility in the northern city of Hoeryong in October 1999. The man was beaten frequently and one day was hauled away, Jung said.

“While leaving, he shouted to us, ‘God will save you.’ I hadn’t encountered Christianity before at the time, and I thought he was crazy,” said Jung. It wasn’t clear what happened to the man.

After H.Y. was sent back again to North Korea, she began evangelical work with money she received regularly from outside missionary groups. She said she first tried to win people’s trust by lending them money, handing out corn and helping at funerals before cautiously telling them about Christianity.

“We sang hymns very quietly, looking at each other’s lips. I ended up crying quite often,” she said of her converts.

Now in her early 40s, she said she regularly sends money to North Korea through brokers to maintain her village’s underground congregation.

The original story can be found at: https://religionnews.com/2019/02/02/n-korean-christians-keep-faith-underground-amid-crackdowns/ 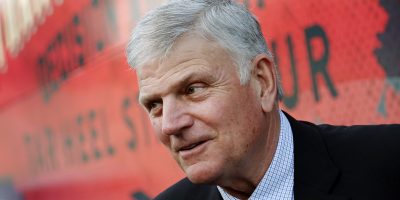 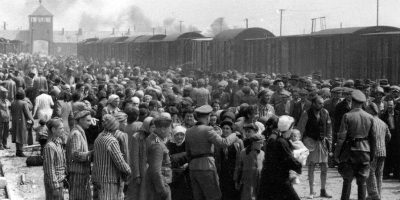