"We have been inspired by his unwavering loyalty to our queen..."

by: Paul O’Donnell
April 17, 2021 (RNS) — In a funeral service that offered as much military pomp as it did spiritual comfort, the life of Prince Philip, the Duke of Edinburgh, was remembered Saturday (April 17) at Windsor Castle, the British royal family’s home outside of London.

The Right Rev. David Conner, the dean of the chapel, honored Philip’s life of service to the British Commonwealth, greeting the approximately 30 attendees at St. George’s Chapel steps by remembering the prince consort’s life as “an inspiration to us,” and praising his devotion to the queen.

“We have been inspired by his unwavering loyalty to our queen, by his service to the nation and the Commonwealth, by his courage, fortitude and faith,” said Conner. “Our lives have been enriched through the challenges that he has set us, the encouragement that he has given us, his kindness, humor and humanity.”

Hewing closely to the traditional Anglican funeral liturgy, the service’s hymns and readings reflected Philip’s service in the Royal Navy and his environmental work, with only a nod to his Greek Orthodox Christian beginnings. But the funeral was marked too by its brevity and spareness, in part due to the risk of spreading COVID-19.

Conner celebrated the barely hour-long service, which did not include the Eucharist, with the Most Rev. Justin Welby, the Archbishop of Canterbury, the leader of the Anglican communion.

Riding to the chapel in a military green Land Rover of Philip’s own design, the casket was trailed by a procession led by Charles, the prince of Wales, and Princess Anne, with Prince Edward and Charles’ sons, William and Harry, and other family members following. Queen Elizabeth II made the short trek from the castle to the chapel in a limousine.

The music for the service, selected and some of it originally commissioned by Philip himself, drew deeply from Anglican tradition. The casket was brought to the vaulting medieval chapel to the sounds of “Rhosymedre,” which was also played at Princess Diana’s funeral in 1997, as well as at the weddings of both her sons.

The service began with the small choir — just four voices, standing ten or so feet apart — singing the hymn “Melita” by J.B. Dykes and William Whiting and “Eternal Father, Strong to Save,” the 1860 composition, also by Whiting, that is the informal anthem of the Royal navy and is often sung at U.S. Navy services.

Philip’s roots in the Eastern Orthodox Christian tradition were acknowledged in the singing of the Russian Kontakion of the Departed, a somber chant that begins, “Give rest, O Christ, to thy servant with thy saints, where sorrow and pain are no more neither sighing but life everlasting.”

Apart from the gospel reading, a familiar passage from John’s Gospel in which Jesus calls himself “the resurrection and the life,” the readings for the service highlighted Philip’s advocacy for the environment, much of which he channeled through the Alliance of Religions and Conservation, a nonprofit he co-founded with Martin Palmer in 1995.

The Old Testament lesson from Ecclesiastes emphasized the majesty of creation and God’s power over the Earth, a theme taken up by the singing of Psalm 104, which reads, “Oh Lord how manifold is your creation.” The setting for the psalm was commissioned by Philip for a celebration of his 75th birthday.

This story has been updated. 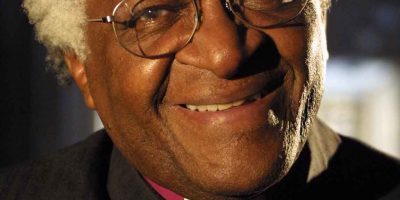