[R]egular participation in a religious community clearly is linked with higher levels of happiness and civic engagement... 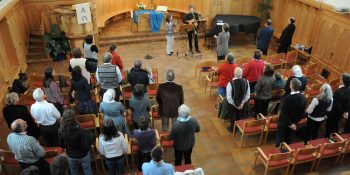 by Diana Chandler, Feb. 1, 2019 WASHINGTON (BP) — Church participation leads to more happiness and civic engagement, Pew Research Center said Thursday (Jan. 31) after analyzing surveys from the U.S. and 25 other countries. Religiously active people also tend to smoke and drink alcoholic beverages less than others, Pew said in its findings. But church participation had no clear positive outcomes for health, obesity and exercise, with results varying among countries studied. “This analysis finds that in the U.S. and many other countries around the world, regular participation inRead More

[A] small window into how underground Christians in North Korea...

by: Hyung-Jin Kim, Feb 2, 2019 SEOUL, South Korea (AP) – One North Korean defector in Seoul describes her family back home quietly singing Christian hymns every Sunday while someone stood watch for informers. A second cowered under a blanket or in the toilet when praying in the North. Yet another recalls seeing a fellow prison inmate who’d been severely beaten for refusing to repudiate her religion. These accounts from interviews with The Associated Press provide a small window into how underground Christians in North Korea struggle to maintain theirRead More 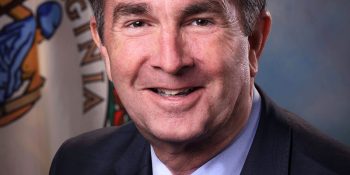 Feb 5, 2019 (RNS Press Release Distribution Service) – The Social Action Commission of the African Methodist Episcopal Church (AME) joins our voice with all those calling for the resignation of Governor Ralph Northam of Virginia. There is no excuse for the racist photograph that appeared in his 1984 medical school yearbook. Posing for a picture with one person in blackface and another in a Ku Klux Klan robe is never appropriate for anyone at any time. To have this picture taken and published in the same year that the ReverendRead More

Dana Milbank: With God on Trump’s side, he can do anything

President Trump is on a mission from God. Thus spake the White House press secretary, at any rate. Source: Dana Milbank: With God on Trump’s side, he can do anything Related articles at XPian News: https://xpian.news/category/links_interest/

How African Americans outpaced the country in Scripture-savvy—and why ministry leaders expect even more from them. Source: Building on the Black Church’s Bible Legacy – CT