“The President defined the situation at the border a humanitarian problem. He’s correct – it’s a humanitarian crisis for those that take on the dangerous trek to the border,” said Jenny Yang, VP of Policy and Advocacy at World Relief.

It’s important that both the President and Congress recognize why they embark on this dangerous journey. For the vast majority, it’s because they are fleeing persecution and severe hardships in their home countries. Erecting a wall will not disincentivize people from fleeing crises in their countries of origin to seek out a better life. The true humanitarian crisis is the global refugee crisis, which is one which the U.S. is well equipped to meet.

“The U.S. can be both secure and compassionate,” added Yang. “It is entirely right that our government invest in smart border security, restricting anyone who would harm our country while also keeping the U.S. open to those who qualify under our laws to enter including those with a credible fear of persecution.”

“It’s also important that our response to the situation at the border is fueled by facts, not by misguided fear.” said World Relief CEO Tim Breene. Breene noted that while a small number of immigrants in the country unlawfully have committed serious crimes – for which they should face appropriate justice – overall immigrants, regardless of legal status, commit crime at significantly lower rates than native-born U.S. citizens. And the overall number of apprehensions at the U.S.-Mexico border for Fiscal Year 2018 were down roughly 45 percent from the average number of annual apprehensions since Fiscal Year 2000.

World Relief re-affirms its call for bipartisan immigration reforms that would both improve border security and provide an earned process by which immigrants who are unlawfully present in the country could earn permanent legal status and eventually citizenship. We are particularly concerned for individuals – such as those currently authorized to work and protected from deportation by Temporary Protected Status or Deferred Action for Childhood Arrivals – whose legal protections could be removed very soon, pending court decisions.

“President Trump and Congressional leaders of both parties have the opportunity to come together for the good of our country,” said Breene. “If each side gives a bit, they can secure our border, establish an earned legalization process for undocumented immigrants who want to get right with the law and eventually become Americans, and resolve this partial government shutdown.”

« Sorry for the downtime of XPian News (Previous News)
(Next News) Aurora Habitat for Humanity to dedicate 62nd home Jan. 13 » 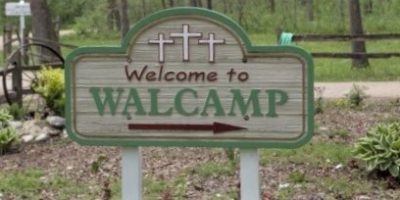 In the Old Testament, God revealed His name to Moses: “I AM WHO I AM.Read More