A GC2 Summit on Responding to Sexual Harassment, Abuse and Violence, a one-day evangelical gathering around the topic on Thursday (Dec. 13)

CHICAGO (RNS) – For years, Nancy Beach had no idea there were women with stories similar to hers.

Beach, the first woman to serve as a teaching pastor at Willow Creek Community Church, said her boss acted sexually inappropriately toward her in the late 1990s.

Instead of speaking out, she said she went silent, like so many other women, wanting to protect the church and families involved and thinking her situation was an isolated case.

When she learned other women said they had similar encounters with Willow Creek founder Bill Hybels, she decided to speak out earlier this year. Eventually, Hybels, who has denied the allegations against him, retired early after about 10 women accused him of misconduct. 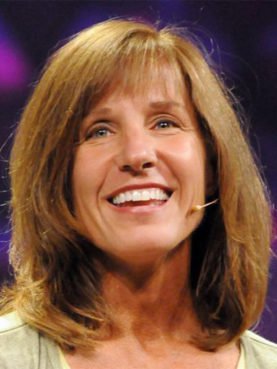 Like others who have shared their stories of sexual harassment and abuse this year, Beach hopes other women won’t have to wait so long to speak out. It’s time, she said, for evangelical churches to have an honest conversation about sexual misconduct.

She plans to tell her story at Reflections: A GC2 Summit on Responding to Sexual Harassment, Abuse and Violence, a one-day evangelical gathering around the topic on Thursday (Dec. 13) hosted by the Billy Graham Center at Wheaton College, an evangelical Christian school in the Chicago suburbs

There’s never been a more important time to address the topic of sexual misconduct in the church, according to Beach.

“I think this is just an opportunity to, instead of avoiding the conversation, open it up and to hear from many different voices coming from different areas of expertise,” she said.

The summit comes just over a year after artists Emily Joy, who does not use her last name professionally, and Hannah Paasch first appended the hashtag #ChurchToo to their tweets, giving survivors of sexual violence, abuse and harassment within the church a place to share their stories. They had been inspired by the #MeToo movement started by activist Tarana Burke, which brought to light accusations against a number of powerful men, particularly in media and entertainment.

Since then, several high-profile leaders in the evangelical world have been accused of sexual misconduct.

Andy Savage, a teaching pastor at Highpoint Church in Memphis, resigned in March afterÂ Jules Woodson accused him of sexually abusing her when she was a teenager and he was a youth pastor in Texas. Her story was one of the first to bring national attention to the #ChurchToo movement. 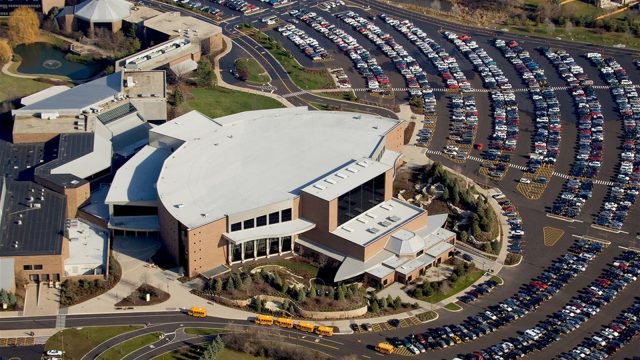 In April, an investigation by the Chicago Tribune revealed decades of alleged misconduct by Hybels. That investigation rocked not just Willow Creek but also the thousands of churches that had modeled themselves after the suburban Chicago megachurch.

Then this summer, the Southern Baptist Convention grappled with how to address the issue after Paige Patterson was ousted from Southwestern Baptist Theological Seminary amid reports he mishandled rape allegations by students.

Laurie Nichols, director of communications for the Billy Graham Center and one of the organizers of the event, said Reflections aims to give churches the tools they need to respond to victims of sexual harassment and abuse.

This is the center’s third GC2 summit, which is a reference to Christianity’s Great Commission – “Go and make disciples of all nations” – and Great Commandment, Jesus’ command to love God and love one’s neighbor. Previous summits have focused on the refugee crisis and mass incarceration.

Organizers also want survivors to have a voice and to know the church cares about them, Nichols said.

The schedule of the summit includes time for lament and prayer, as well as panel discussions and keynote addresses with titles like “Dear Church Leaders, Here’s How You Ought to Respond to Survivors in Your Church,” “When Jesus Heals” and “Seeking Accountability and Integrity.”

Licensed and trained team members will be on site to offer attendees support and referrals to further counseling, in partnership with the school’s counseling center and school of psychology. Proceeds from ticket and livestream sales will go to New Name, a local faith-based outreach to women in the adult industry.

Among the speakers are Beth Moore and Christine Caine, two popular authors and speakers who have spoken out about their experiences of sexual abuse and support for the #MeToo movement.

Other speakers from Wheaton bring backgrounds in psychology and counseling: Nancy Nealious, a trauma recovery specialist and licensed clinical psychologist in the college’s counseling center; Tammy Schultz, a trauma and sexual abuse counselor and professor of counseling; Jenny Hwang, managing director of the college’s Humanitarian Disaster Institute; and Wheaton College Provost Margaret Diddams, a psychologist who is part of an advisory group currently investigating allegations against Hybels.

But critics say it’s important for evangelicals to hear from voices outside the church. Those voices are missing from the conference, said Emily Joy, who left evangelicalism and now attends an Episcopal church.

She said evangelical teachings about sex – including the belief sex should – reserved for a man and woman within the context of marriage – form a “bedrock of sexually dysfunctional culture in conservative evangelicalism, and these speakers are not interested in dismantling it.”

She, Paasch and a few others plan to host their own teachings on social media offering “alternative information” during Wheaton’s summit, she said.

“My idea is not to just critique this – which it deserves critique – but also to offer something constructive and proactive as well,” she said.

Emily Joy also is concerned the summit doesn’t have enough survivors or experts in dealing with issues of sexual abuse in its speaker lineup.

At least four of the 17 speakers listed on the summit website are survivors of sexual harassment or abuse, according to Nichols, who also identifies as a survivor. However, only one of the speakers, Jeanette Salguero, chief operating officer of Calvario City Church in Florida, is identified as a survivor in her summit bio.

And Woodson, who identifies as Christian, is concerned about its inclusion of Caine, who has ties to Hillsong, an Australian megachurch whose founder, Brian Houston, is under fire for his handling of allegations his father had sexually abused several children.

She said evangelicals need to recognize sexual abuse is a problem within the church, and it is not just a sin but also a crime. They also need to listen to survivors, advocates and organizations like GRACE (Godly Response to Abuse in the Christian Environment) that were working to bring the issue to light before it was trending.

“We need to be having this conversation. Absolutely, we need to be equipping people and educating them about this topic. All of that is so important,” Woodson said. “But this (summit) just seems to me really lacking depth.”

Still, Emily Joy said the fact such an event is being held at an evangelical institution this year is “proof that we’re making progress insofar as we’re forcing them to confront these things.”
Hwang agreed evangelicals need to have a healthy conversation about sexuality. Many treat sex as a taboo topic, related to guilt and shame, according to the head of the Humanitarian Disaster Institute. That is unhealthy, she said, and can make it even harder to discuss sexual abuse.

Beach, the leadership coach once on staff at Willow Creek, worries that churches will react to the sexual abuse crisis by creating more rules that restrict women from leadership roles – in order to reduce the risk of misconduct. She believes God created men and women to work shoulder to shoulder together in ministry, she said. She’s experienced it, too – and that’s the story she wants to tell now at Reflections.

She said the summit is “only the beginning.”

“It’s just one day. It’s not going to solve everything,” Beach said. “But I think it’s a step in the right direction. That’s my hope.”

The original story can be found at: https://religionnews.com/2018/12/10/ending-the-year-metoo-went-to-church-wheaton-summit-to-discuss-evangelical-response/

« Ken Starr on his faith, the Mueller investigation, the Clintons and refugees (Previous News)
(Next News) Opinion: Woe to the Left If It Allies with Islamists! »