"fashioned a deceitful scheme to manipulate the Executive Committee of Liberty"

by: Bob Smietana
April 16, 2021 (RNS) — Liberty University, one of the nation’s largest Christian universities, is suing former President Jerry Falwell Jr. for $10 million, citing a breach of contract and a conspiracy to mislead the university’s board.

Falwell, son of Liberty founder the late Rev. Jerry Falwell Sr., resigned as Liberty’s president in August 2020 after years of controversy due to his support of Donald Trump and allegations of misconduct.

A complaint in the lawsuit, filed in a Lynchburg, Virginia, circuit court, claims Falwell “fashioned a deceitful scheme to manipulate the Executive Committee of Liberty” while negotiating his last contract.

The complaint also states Falwell created the so-called “Granda plan” to conceal his family’s relationship with Giancarlo Granda, a young man the couple had met while vacationing in Florida. Granda has claimed to have had a long-term sexual relationship with Jerry Falwell Jr. and with his wife, Becki Falwell. The Falwells have denied that claim but have admitted that Becki had an affair with Granda. The couple also bought a Miami beach youth hostel in 2013 that Granda managed and also had a share in.

The complaint claims Falwell devised a plan to cover up the relationship, fearing Granda would make it public, and that Granda asked Falwell for payoffs in order to keep racy photos of Becki Falwell out of the public eye.

“Most damaging, Falwell Jr. knew that Granda would be able to provide details about the fact of the affair with Becki, its duration, Falwell Jr.’s role in abetting it, the attendant circumstances of the affair, and the specific activities in which Granda, Falwell Jr. and Becki engaged in during the affair.”

Rather than telling the board about Granda, Falwell hid it from Liberty’s board, according to the complaint. Falwell also became concerned his high-profile support of Trump would backfire and might cost him his job.

The complaint claims Falwell had a fiduciary responsibility to refrain from acts “harmful to the university” but did not do so. Specifically, the complaint points to the coverup of the relationship with Granda during the time he was negotiating a new contract as harmful to the school.

Then, in 2019, he negotiated a new employment agreement with the board, which included a raise and a more favorable severance if he were fired. The complaint claims Falwell continued to conceal his dealings with Granda while trying to create a “safety net” for himself.

The complaint maintains Falwell Jr. should not have accepted the severance payment.

Falwell’s actions clashed with the school’s moral code, known as the “Liberty Way” — which requires faculty and administration to agree to a statement of faith and to adhere to “Biblical standards of morality,” including strict rules limiting sex to within a heterosexual marriage.

The school’s president was expected to be “a standout spiritual leader for the college,” according to the complaint.

Falwell Jr. told Religion News Service that the lawsuit was filled with “lies and half-truths” and was an attempt to discredit him.

“The Executive Committee of the Liberty University Board of Trustees has made yet another attempt to defame me and discredit my record, following a series of harsh and unnecessary actions against my children, Becki, and me,” he said in the text message. “Throughout all my years at the University, where we built a multi-billion-dollar enterprise that reaches Christian’s worldwide, I always abided by the requirements that applied to everyone on the University staff. This lawsuit is full of lies and half truths, and I assure you that I will defend myself against it with conviction.”

Dustin Wahl, Liberty graduate and co-founder of Save71, which describes itself as “a group of alumni and students advocating for reforms at Liberty,” said the Liberty board of trustees had long ignored Falwell’s problems.

“To this day, the board of trustees has not apologized to Liberty students for allowing Falwell to abuse his power as president,” he told Religion News Service. “They ignored warnings about Falwell’s behavior for years, but chose to ignore them.”

“That they are now making these claims and admissions in a lawsuit and not in a heartfelt apology to Liberty’s student body reveals their misplaced priorities,” he added.

The complaint also claims Falwell “consistently refused” to use his official Liberty email address for school business, while also requiring the school to provide him with computers, phones, laptops and other devices, which he has allegedly refused to return. Liberty claims in its complaint the devices contain confidential material belonging to the school and has demanded that Falwell not destroy that information.

The suit seeks $10 million in damages and a return of any Liberty property still in Falwell Jr.’s possession.

“While I am grateful Liberty is taking more decisive steps to separate itself from Falwell, the suit unwittingly implicates the board that for so long propped him up and gave him free rein,” said former Liberty English professor Marybeth Davis Baggett. “Even as they criticize Falwell for his failures as a spiritual leader, they highlight their own repeated failures to keep his corruption in check. My hope is that this suit underscores the need for real penitence, deep repentance, and sweeping reform at Liberty.”

Falwell Jr. did not immediately respond to requests for comment.

The lawsuit is the latest twist in the controversial career of Falwell Jr.

“During Falwell Jr.’s tenure, Liberty capitalized on the explosive growth of online education, providing students with a quality experience of academic and biblical education remotely,” the complaint states. “Liberty also used the proceeds of on-line education to expand its beautiful campus and build a sizable endowment.”

When he became president, Falwell Jr. promised to continue his father’s vision of building “Champions for Christ.” The former Liberty president became controversial after becoming one of the first major evangelical figures to endorse Donald Trump.

Trump had visited Liberty in 2012 for a campus tour, where he was photographed with Falwell Jr.and Becki Falwell. Also in the photo was Granda.

During that visit, Granda “became closely exposed to Liberty’s high moral standards, which overtly clashed with Liberty’s first couple’s discordant sexual conduct,” according to the suit.

The relationship with Granda would prove Falwell Jr.’s undoing, asserted the suit.

In a previous suit that Falwell Jr. filed against Liberty, he alleged Granda had acquired intimate photos of his wife and distributed them. Rumors of the photos eventually made headline news after former Trump lawyer Michael Cohen claimed he had worked to prevent the release of embarrassing photos of the Falwells.

Falwell went on leave from Liberty in August 2020, after posting a selfie on Instagram, with his pants unbuttoned and his arm around a woman who was not his wife. In his hand was a glass of dark liquid, which he called “black water.”

Liberty’s lawsuit also provided details of the Falwell family’s business dealings with Granda. According to the company, Falwell Jr. loaned $1.8 million dollars to a company owned by Becki Falwell, Granda and Falwell’s son, Trey, who was also a Liberty staffer at the time. The company’s youth hostel, which catered to college students, also housed a liquor store.

Trey Falwell, who had been a vice president at Liberty, recently left the school.

In August 2020, just before Granda went public with his claims about his relationship with the Falwells, the couple gave a statement to the Washington Examiner in which the then-Liberty president claimed his wife had had an affair with Granda and that Granda had tried to extort money from the couple.

“We have categorically rejected this person’s demands while dealing with him and this particular member of the media who seemed just as obsessed with the prurient, untrue aspects of this story, however fantastic,” the statement said.

The Examiner story caught the Liberty board by surprise, according to the complaint. Falwell was on leave at the time, and his contract with Liberty “forbade him from publishing without the Executive Committee’s prior assent.”

After the Falwell confession and Granda’s allegations went public, Falwell was out as Liberty president, with the board saying, “it would not be in the best interest of the University for him to return from leave and serve as President.”

Falwell sent mixed messages about leaving the school. He resigned, then tried to revoke his resignation, and then resigned again.

Since that time, Falwell has been largely out of the public eye, though he posted on Instagram last week that he had gotten the first shot of Moderna’s vaccine for COVID-19. He also posted photos from a Liberty lacrosse game and shared that the reason he has “been so ‘absent’ from LU” is because he has been suffering from clots in his lungs.

“I didn’t even have the strength to go on TV to refute lies in the press,” Falwell Jr. posted.

Under Virginia law, any damages awarded in the suit could be tripled.

This is a developing story and will be updated.

Emily McFarlan Miller and Jack Jenkins contributed to this report. 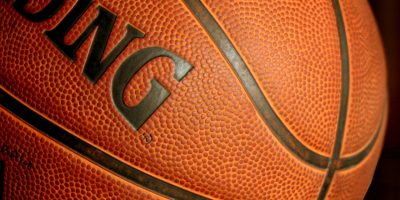