Wright, a retired Anglican bishop and now chair of New Testament and early Christianity at the University of St. Andrews in Scotland, is author more than 80 popular and academic books about Christianity and the Bible.

N.T. Wright explains the world of the New Testament in new book

by: Emily McFarlan Miller
CHICAGO, Nov. 21, 2019 (RNS) — New Testament scholar N.T. Wright has spent most of his life teaching people how to study the New Testament.

And the most important thing, he says, is getting the context right.

Without that context, it’s “fatally easy for people to distort bits of Christianity,'” Wright said.

“If we ignore the context, we can make the New Testament stand on its hind legs and dance around the room and play to our tunes — and that that has always been the case, no doubt,” he told Religion News Service in a recent interview. “But the correction is always to go back to, ‘What was the context?’” 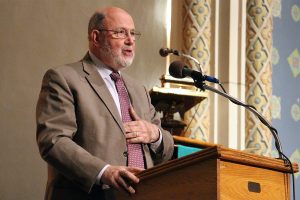 Wright, a retired Anglican bishop and now chair of New Testament and early Christianity at the University of St. Andrews in Scotland, is author more than 80 popular and academic books about Christianity and the Bible. The latest — co-authored with fellow scholar Michael F. Bird — is “The New Testament in Its World: An Introduction to the History, Literature, and Theology of the First Christians.”

The book is meant not just for students getting an introduction to the New Testament, but for any Christian feeling stuck reading Scripture, said Wright. As if the book’s nearly 1,000 pages aren’t enough, there’s also a workbook and a series of lectures — available online or on DVD — filmed in such locations as Jerusalem and Rome.

Wright hopes to help readers to avoid “the false antithesis of fundamentalism and liberalism, of left and right and all the rest of it,” he told a packed sanctuary at an event promoting the book Tuesday (Nov. 19) at Covenant Presbyterian Church of Chicago.

As an example, he pointed audience members to what he calls the “absolutely vital but usually misunderstood” theme of the kingdom of God in Jesus’ teachings.

Many Christians look to the kingdom of God as an escape in the next life and are hesitant to upset the status quo in the here and now, leaving that to politicians and social workers, he said. Others believe Jesus and his followers expected the kingdom of God to be the literal end of the world, and since they were wrong about that, they must be wrong about other things, reconstructing those things for themselves in ways that have “often led to quite radical theology.” 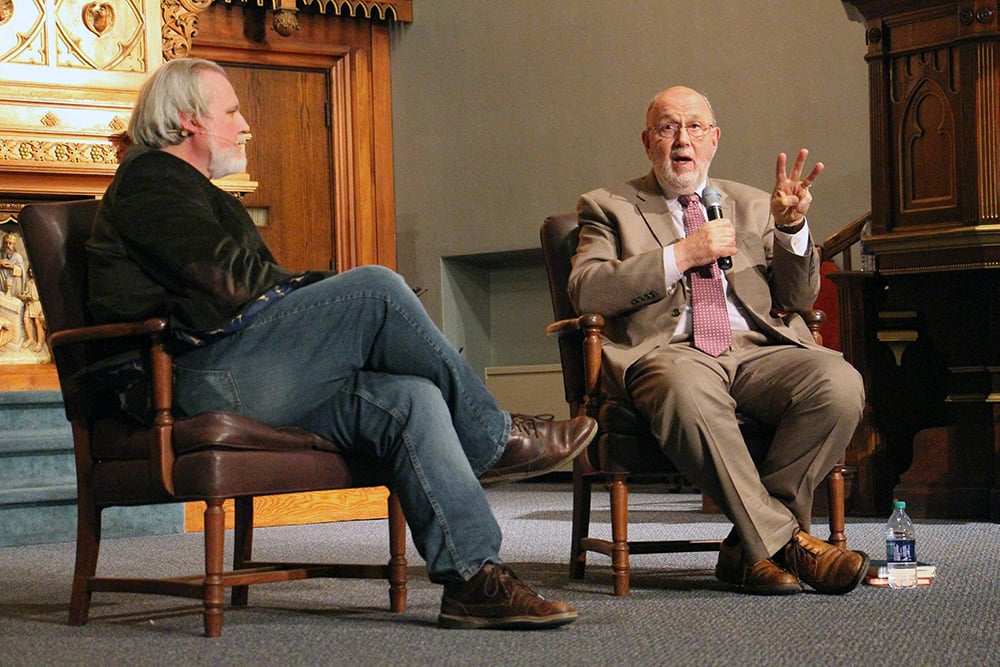 “So you can see those misunderstandings playing out, particularly in America, in a sort of culture wars battle of some people becoming more and more conservative and thinking that that’s their Christian obligation and other people becoming more and more radical and thinking that actually that’s the only thing that’s left to do with Christianity,” he explained to RNS.

Both progressive and conservative Christians misunderstand what Jesus meant when he said the “kingdom of God is at hand,” he said.

“Actually, the kingdom of God at hand means God’s kingdom coming in unexpected ways on earth as in heaven — not away somewhere else and not destroying earth, but transforming it.” 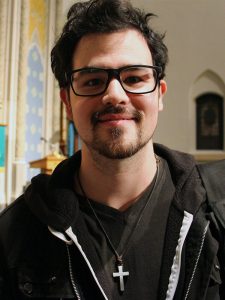 Wright’s comments resonated with Robbie Nagle, 27, a children’s pastor who traveled from Brantford, Ontario, to hear the scholar speak in Chicago.

Nagle said he recently preached a sermon at his nondenominational church that was inspired by Wright’s interpretation of the kingdom of God.

He said that he told the congregation that “we need to be about social justice because Jesus is king, and his kingdom is a kingdom of justice.”

Nagle had read one of Wright’s earlier books, “Surprised by Hope: Rethinking Heaven, the Resurrection, and the Mission of the Church,” about a year ago. He wanted to better understand the New Testament to teach it to children, he said.

The book ended up transforming the way he looks at Scripture, he said. 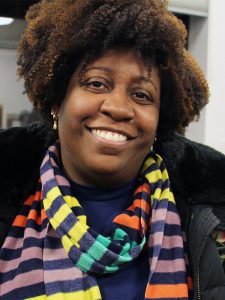 “Because his heart is so pastoral, even the most academic stuff he writes is very ‘how does knowing this change the way you live?’ — which makes it easier to access as far as academic work goes,” Nagle said.

Candace Kyles, 35, of Chicago, first encountered Wright’s work in a course about the Gospel of Mark at Trinity Evangelical Divinity School outside Chicago. She’s now a doctoral student at Loyola University Chicago. But she said that readers don’t  need to be academics to understand Wright’s work.

“He’s not super lofty. I think he’s really accessible to even a layperson,” she said.