Rittenhouse was arrested by police early Wednesday in his hometown, Antioch, Ill.

A scrolling ticker on the website shows who has recently donated to trending campaigns, many of whom are supporting the Rittenhouse fundraiser.

Rittenhouse, 17, was arrested on Wednesday, August 26, and is being charged as an adult with two counts of first-degree homicide and one count of attempted homicide, according to published reports. He also faces charges of recklessly endangering two other victims and possessing a weapon while under the age of 18.

The shootings occurred in Kenosha Wisconsin on Tuesday night, during protests demanding justice for the Sunday shooting of a Black man, Jacob Blake, by Kenosha police.

The police were responding to a domestic violence call, and video shows Blake walking away from two policemen, who had their guns trained on him. When Blake opened his car door, one police officer grabbed his shirt and then appears to shoot him several times in the back.

Blake was hospitalized and, according to his family attorney, the shooting has left him paralyzed.

Several nights of protests and unrest in Kenosha followed the shooting, with the police instilling a curfew on the city. After businesses in Kenosha sustained damage amid the protests, a group of armed white civilians on Tuesday were shown in video to have gathered to protect a car dealership.

Rittenhouse, an Illinois resident, has been identified in these videos and can be seen talking with police and holding an AR-15 style rifle. He was interviewed by a reporter for the Daily Caller, telling the reporter that people “were getting injured and our job is to protect this business.”

In one video, police can be seen handing out water bottles to the armed men and thanking them for their presence.

“We appreciate you,” said one police officer.

Later that night, after leaving the dealership, video posted on social media appears to show Rittenhouse being pursued by protestors. A shot is fired by someone in the crowd, and a person identified as Rittenhouse then turns toward the shot and fires multiple times, appearing to shoot a man in the head. He then flees and is pursued by several protestors.

One lunges at him with a skateboard and another is holding a handgun. Rittenhouse fires again, hitting the man with the skateboard in the stomach and the arm of the man holding the handgun.

Police then drive toward the gunfire, passing Rittenhouse who has his hands up. Bystanders call out to the police that Rittenhouse had just shot people, though the police drive by him without stopping.

Rittenhouse was arrested by police early Wednesday in his hometown, Antioch, Ill

Rittenhouse was a staunch supporter of police and multiple posts on his social media proclaim support for “Blue Lives Matter.” He ran a Facebook fundraiser for the non-profit, Humanize the Badge, for his 16th birthday. Facebook has since removed Rittenhouse’s profile.

The Give Send Go campaign for Rittenhouse, titled “Raise money for Kyle Rittenhouse Legal Defense,” has a short description of how the funds will be used.

“Kyle Rittenhouse just defended himself from a brutal attack by multiple members of the far-leftist group ANTIFA – the experience was undoubtedly a brutal one, as he was forced to take two lives to defend his own,” reads the campaign page. “Now, Kyle is being unfairly charged with murder 1, by a DA who seems determined only to capitalize on the political angle of the situation. The situation was clearly self-defense, and Kyle and his family will undoubtedly need money to pay for the legal fees.”

“Let’s give back to someone who bravely tried to defend his community.”

The site, similar to GoFundMe, describes itself as the “#1 free Christian crowdfunding site,” and has categories for campaigns that include “Mission,” “Medical,” “Memorial,” and “Church,” among others.

“Outside the obvious funding for mission trips, GSG also can be used to raise funds for medical expenses, business ventures, personal needs, churches, nonprofits, ministries or any ‘God Adventure’ you embark on,” reads the FAQ page of the website. Give Send Go promises to give back 10% of its donations each month to other active campaigns on the site.

The Rittenhouse campaign was trending on the site Saturday, alongside campaigns for a woman in need of medical equipment for diabetes and a classical Catholic academy working to reopen religious schools in a Wisconsin county.

In one tweet, Give Send Go, said they are “the only platform that has allowed a campaign for Kyle Rittenhouse.” In another, they describe themselves as a “veteran owned platform that hasn’t fallen into the censorship/cancel culture that we see today.”

Thanks for the shout out!! GiveSendGo is veteran owned platform that hasn’t fallen into the censorship/cancel culture that we see today. Set up a fundraising campaign here: https://t.co/JTnotHlGUh https://t.co/BC865xZoB3

Similar campaigns for Rittenhouse have popped up on other crowdfunding sites, including GoFundMe and Fundly, who have reportedly removed the campaigns.

Give Send Go did not immediately respond to a request for comment on the campaign. 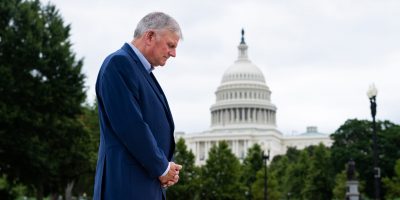 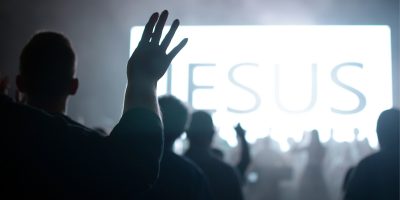