by: Paul O’Donnell (Ryan Burge)
June 24, 2020 (RNS) — The last few months have not been good for President Donald Trump. His administration’s response to the coronavirus pandemic has been criticized for being too slow to meet the rising number of cases. Then, in just the last few weeks, the killings of a number of Black Americans by police and white vigilantes have led to the largest nationwide protest movement since the height of the Vietnam War.

Against that backdrop, Trump is seeking reelection against the Democratic nominee, Joe Biden. In times like these, politicians look for firewalls to minimize their losses.

Data for Progress has been fielding a weekly tracking poll beginning April 14, asking Americans who they planned to vote for in the 2020 presidential election. Clearly, Trump’s support has declined while Biden’s lead, about 5 percentage points in both April and May, jumped to nearly 14 percentage points in June.

But the president is likely particularly eyeing two religious groups that have been key to success at the ballot: white evangelicals and white Catholics.

Trump’s support among white Catholics has been eroding for some time. Trump bested Clinton 60%-40% with white Catholics in the 2016 election. By November 2018, 59.7% still intended to vote for him in 2020. But the Data for Progress survey shows that by May 2020, about half the sample of white Catholics — 49.9% — said that they would vote for Trump, while 4 in 10 would pull the lever for Biden.

But the Data for Progress survey shows almost no change from May to June. The widespread protests about race and policing in the United States have not budged Trump’s support among white Catholics.

It’s his standing among white evangelicals that should cause Trump the most concern. In April and May, Trump had a nearly 50 point lead on Biden (69.8% versus 20% in May). That lead has narrowed significantly, and now just 59.1% of white evangelicals said that they intended to vote for Trump while 29.1% would cast a ballot for Biden. That’s a 10 point shift in just one month.

The president, in other words, has his choice of bad news and worse news of late. He has not only lost support among the general public, but also among his core constituencies.

But it’s crucial to note that his response to COVID-19, which relied heavily on insisting on keeping churches open, did not seem to move the needle as much as the recent racial unrest. Trump’s handling of this situation has become a weight around his neck that could sink his chances of being a two-term president.

(Ryan Burge is an assistant professor of political science at Eastern Illinois University and a pastor in the American Baptist Church. He can be reached on Twitter at @ryanburge. The views expressed in this commentary do not necessarily reflect those of Religion News Service.) 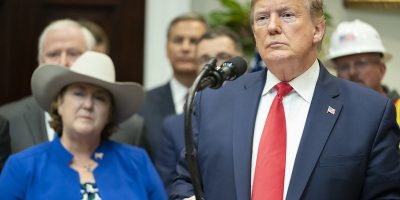 Poll: The ‘Trump bump’ is over, especially among white Christians 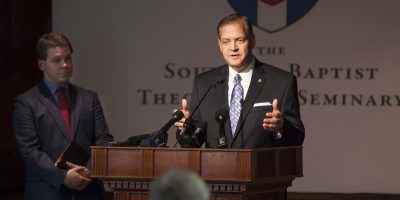