by: Roxanne Stone
Dec. 6, 2019 (RNS) — When Ed Stetzer heard that Jarrid Wilson, a popular California church leader and mental health advocate, had died by suicide in September, he got on the phone to Saddleback Church pastor Rick Warren, who lost his son to suicide in 2013.

Together Stetzer and Warren knew they had to do something more to bring these conversations to the forefront. By October, they had announced a summit on “leadership, burnout and mental health,” to be held Friday (Dec. 6) at the Billy Graham Center and livestreamed across the United States.

Officially titled, “Facing Hard Truths and Challenges of Pastoral Ministry,” the GC2 Summit is looking to break down barriers surrounding pastors’ mental health. Warren and other evangelical pastors as well as counselors will attend.

“I would say that Christians, particularly evangelicals, don’t always do well with mental illness,” Stetzer said. “There’s sometimes more of a stigma, that if God fixes your heart and your soul, why then do you struggle with depression?”

That stigma is what Wilson was fighting with Anthem of Hope, a nonprofit he founded in 2016 to help churches deal with members facing depression and anxiety. But the stigma goes deeper for pastors or church leaders, said Stetzer, who pointed to colleagues who have expressed they don’t feel safe “coming out of the medicine cabinet” to their churches.

“We’re in a broken world. Everyone’s broken in some way; that includes pastors and leaders,” he said. “And if we don’t acknowledge that, we don’t expect that, we don’t have accountability or support for that — what we’re doing is setting up pastors for failures and crashes.”

According to a 2015 study from the Christian survey company LifeWay, 54% of pastors find the role “frequently overwhelming.” Nearly 50% “feel the demands of ministry are more than they can handle.”

So, who can a pastor turn to for help?

According to a Barna study of the healthiness of pastors’ relationships released in 2017, pastors are more satisfied with their relationships with their spouses and friends than the general public. But when it comes to “having true friends,” pastors rank at just 34% satisfaction. That suggests they have fewer people with whom they can be vulnerable.

Matt Stanford, CEO of the Hope and Health Center & Institute in Houston, Texas, has worked with pastors who have sought mental health help in towns far from home in order to preserve their privacy. Other pastors he has heard of have been removed from their positions because they told their elder board they were starting to take medication for depression.

Stetzer said he hopes discussing these issues will allow other pastors to open up to their entire congregations and get the professional help they need.

“My hope is people will be talking about pastors as not just care providers who have this unique relationship with God but (as) people who struggle, too,” he said.

Melinda Moore, a clinical psychologist and assistant professor in the Department of Psychology at Eastern Kentucky University and co-lead for the Action Alliance’s Faith Communities Task Force, said there are a number of reasons faith leaders in particular might not seek help.

That shapes expectations for how pastors spend their time — including their downtime. Having a hobby, riding a motorcycle or going fishing for the weekend is implicitly discouraged. These attitudes can exacerbate mental illness or lead to burnout.

“It’s seen as indulgences for pastors, so they don’t engage in self-care,” Moore said, who is careful to allow herself to take time for self-care in order to be the best she can be at treating others.

Exhaustion can also be caused by other factors, such as financial strain. It is not uncommon for clergy to work multiple jobs. “They have a job on top of their job as minister,” Moore said. “I don’t know a lot of people who work two jobs that are able to maintain a real good balance.”

In that same Barna study, Brooke Hempell, vice president of research at Barna Group, said faith leaders say they are strengthened by their faith, but over time they wear down, which can have a “dramatic impact” on the church, she said.

“For example, a pastor struggling in his marriage is less likely to preach and teach on healthy marriages for fear of shining a spotlight on his own challenges,” Hempell said, “so the pastor’s health is not just about the pastor but about the health of the whole church.” 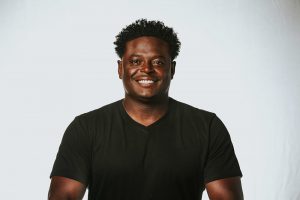 For Derwin Gray, a former defensive back for the Indianapolis Colts who is now pastor at Transformation Church in Indian Land, South Carolina, self-care is fishing — and it’s non-negotiable.

“Fishing recharges and refreshes me,” said Gray, who will be one of the speakers on Friday at GC2. “Pastors need a restful hobby.”

Gray said he doesn’t need permission from his church to refresh and recharge because “being a pastor is not who I am. It’s the calling that I have. Who I am first and foremost is a beloved child of God. I cannot allow working God’s ministry to destroy the ministry of God working in me.”

Nor does he take breaks only when he has a fishing trip planned. Self-care comes to Gray in many ways. He and his staff get yearly physicals. He makes sure his relationship with his spouse is cared for. He maintains a healthy diet and makes sure he always takes days off during the week.

Still, like everyone else, Gray said he can feel overwhelmed or stressed during a workday. That’s when he knows it’s time to take a short break and come back to it later.

Resting, he said, is important.

Gray also keeps mental health at the forefront for his entire congregation. “I believe that it’s a tool of the enemy to keep mental health on the sidelines,” he said.

And if that’s not convincing enough, Gray hopes people will look at the theology.

You can’t love your neighbor well, in other words, if you don’t treat yourself well. 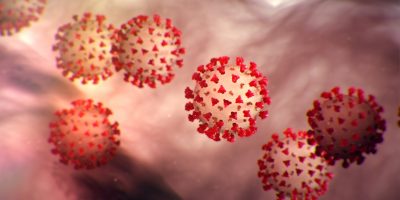 Do Re Mi from The Sound of Music (COVID-19 version)

A choir decided to go ahead with rehearsal. Now dozens of members have COVID-19 and two are dead – LA Times

The deadly outbreak among members of a choir has stunned health officials, who have concludedRead More