Opinion: Communion should be personal, not political

by: Paul O’Donnell
Oct. 31, 2019 (RNS) — Joe Biden is a proud Catholic. He carries a rosary to remember his late son Beau, and as recent headlines show, he attends Mass even during a grueling campaign. But when the former vice president presented himself for Communion at St. Anthony Catholic Church in South Carolina on Sunday (Oct. 27), a priest denied him the sacrament. The pastor then discussed the moment with a reporter. “Any public figure who advocates for abortion places himself or herself outside of Church teaching,” the pastor, the Rev. Robert E. Morey, explained in an email to the Florence News.

You don’t have to be a Christian, a Democrat — or even agree with Biden’s position that the government shouldn’t criminalize abortion — to recognize that this crass politicization of a holy sacrament is deeply problematic.

Any priest who denies a person this radical encounter with unconditional love and mercy typically would do so only as an extreme last resort, likely after several private meetings where the pastor and his congregant spoke about formed consciences, grace and reconciliation. There is no evidence any of that happened in this situation. While the priest surely convinced himself he was acting in Biden’s best spiritual interest, this form of pastoral malpractice does immeasurable damage to individuals, institutions and faith communities.

For Catholics, the Eucharist is not a symbol or a statement, but the literal body of Christ, what the catechism describes as “the source and summit” of Christian life. In words that should give comfort to all of us who feel unworthy of presenting ourselves before God, Pope Francis reminds us that Communion is not a “prize for the perfect but a powerful medicine and nourishment for the weak.”

Making this situation worse, the priest wasn’t going rogue, but, according to a report by Catholic News Agency, was following a diocesan decree from 2004 signed jointly by the bishops of Atlanta, Charleston and Charlotte that states Catholic public officials who support abortion rights should not be allowed to receive Communion. 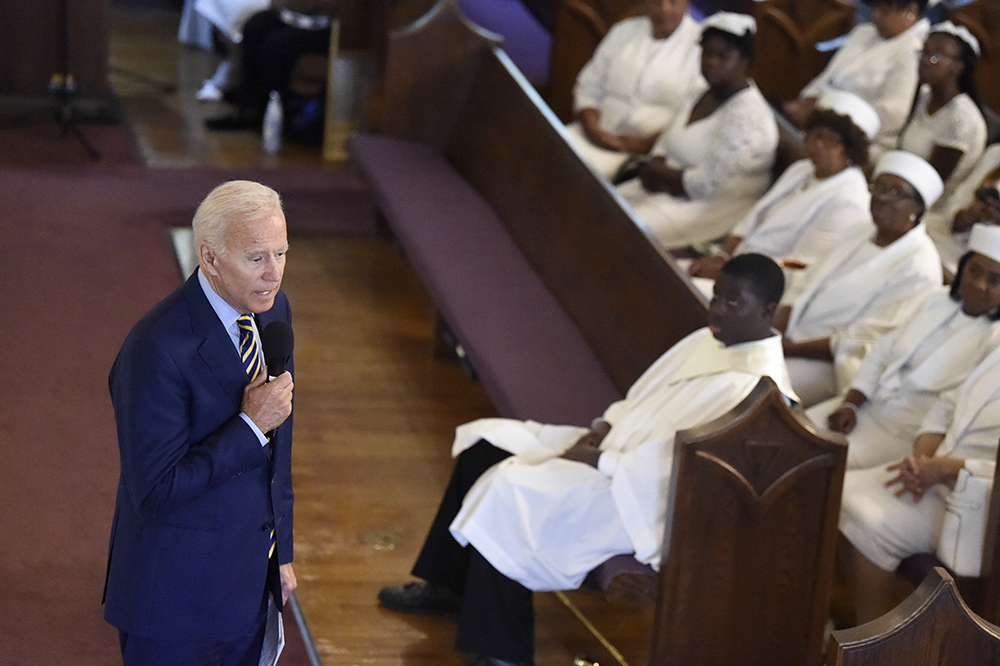 In contrast, Biden’s hometown diocese issued a statement noting that Bishop Francis Malooly of Wilmington, Delaware, has “consistently refrained from politicizing the Eucharist, and will continue to do so.” Malooly underscored that point in 2008 when he said he would “get a lot more mileage out of a conversation trying to change the mind and heart than I would out of a public confrontation.”

If that sounds like special treatment, consider that St. John Paul II, a hero for a generation of conservative Catholics and a revered figure in the anti-abortion movement, gave Communion to pro-choice Catholic politicians during his lengthy pontificate, including to Rome’s mayor, Francesco Rutelli, a high-profile Catholic who fought for more liberal abortion laws.

When Sen. John Kerry ran for president in 2004, Cardinal Raymond Burke – then archbishop of St. Louis and now a leading critic of Francis at the Vatican – said Kerry would not be welcome to receive Communion because of his position on abortion. Colorado Springs Bishop Michael Sheridan wrote in a pastoral letter less than a year before the election that abortion “trumps all other issues.” Catholic public officials who support abortion rights, he said, “jeopardize their salvation,” and Catholics who vote for them will “suffer the same fatal consequences.”

The press corps following Kerry around dubbed the ugly scenario “wafer watch.” Bishop Thomas Paprocki of Springfield, Illinois, who has announced that Catholics in a same-sex marriage should not come to Communion or even be given a Catholic funeral when they die, last year barred Sen. Dick Durbin from Communion. That fiat was handed down a month after the Senate failed to pass the Pain-Capable Unborn Child Protection Act, which would have banned abortion after 20 weeks. Durbin was among more than a dozen Catholics who voted against the legislation.

As a Catholic progressive who thinks the Democratic Party should demonstrate greater sensitivity on the question of abortion — at a minimum acknowledging as House Speaker Nancy Pelosi has done that a “big tent” party shouldn’t make a litmus test out of this complicated moral issue — I also challenge those on the Catholic right who are zealously cheering the priest who denied Biden Communion.

Catholic social teaching can’t be boiled down to a single issue. Francis reminds us that “the lives of the poor, those already born, the destitute,” are “equally sacred” as the unborn in the womb. Building a consistent culture of life, according to the Catholic faith, means defending the unborn, the undocumented immigrant and the inmate on death row because all life has inherent dignity.

It’s curious and telling that the loudest advocates of denying Communion to Catholic Democrats have nothing to say when Catholic Republicans such as Texas Gov. Greg Abbott flout church teaching that says the death penalty is in all cases “inadmissible” because it is an attack on the dignity of the person. The grotesque machinery of state-sanctioned killing that Abbott presides over didn’t stop the the GOP-aligned Catholics who run the annual National Catholic Prayer Breakfast from inviting the governor to give a 2015 keynote address and praising him as a pro-life leader.

While I believe it would be wrong to deny the governor Communion, it’s fair to point out the hypocrisy and selective doctrinal policing that some conservative Catholic pundits, priests and even bishops engage in when it comes to faith in politics.

In the most intimate way, Catholics encounter a God in the Eucharist who became human to understand our frailties and redeem us. Jesus caused scandal by inviting those shunned as sinful and unworthy to his own table. Pastors who think they are protecting the faith by creating the ecclesial equivalent of a gated community around the altar should remember that humble itinerant preacher from Nazareth. Centuries later, he still has plenty of followers. Righteous clergy who don’t seem to understand his message might find themselves preaching to empty pews.

(John Gehring is Catholic program director at Faith in Public Life and author of “The Francis Effect: A Radical Pope’s Challenge to the American Catholic Church.” The views expressed in this commentary do not necessarily represent those of Religion News Service.) 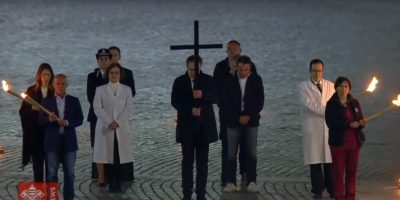