The FAA launched the investigation at the request of religious liberty advocate First Liberty Institute...

The council excluded the chain in March expressly because of behavior Councilman Roberto Treviño described as “anti-LGBTQ,” based on Chick-fil-A’s financial donations to nonprofits including the Salvation Army and the Fellowship of Christian Athletes.

“Chick-fil-A’s leadership is well-known for their personal belief in the Christian faith and traditional understanding of marriage,” Paxton said in a press release announcing his suit. “Members of the City Council who spearheaded the decision to exclude Chick-fil-A did not attempt to hide their discriminatory motives: one branded the company out of line with ‘our core values as a city.’ Yet another council member denounced Chick-fil-A as a ‘symbol of hate.'”

Paxton’s suit is part of an investigation he opened on the City of San Antonio after its March council vote. The Federal Aviation Administration’s Office of Civil Rights is also investigating the city, the FAA announced May 24, along with a similar decision against Chick-fil-A by the Buffalo Niagara International Airport in Buffalo, N.Y.

“The FAA notes that Federal requirements prohibit airport operators from excluding persons on the basis of religious creed from participating in airport activities that receive or benefit from FAA grant funding,” the FAA told the Atlanta Business Chronicle. “The findings of the investigations will be communicated to the complainants once the investigations are completed.”

“American business owners should not have to suffer because they want to operate their businesses in accordance with their religious beliefs,” First Liberty Associate Counsel Keisha Russell said in a press statement. “Few things are more un-American than government hostility against religion.”

The suit comes days before San Antonio’s June 8 mayoral runoff between Councilman Greg Brockhouse, who has advocated for Chick-fil-A’s religious freedom, and current Mayor Ron Nirenberg, who has described the religious freedom battle as unimportant.

“Every day the Chick-fil-A removal decision is allowed to stand hurts our reputation nationwide as a welcoming and inclusive city,” Brockhouse said in April when he unsuccessfully challenged the decision with a revote. “It sends a message we are anti-faith, and we cannot stand by without speaking the truth and standing up for our principles. The removal of Chick-fil-A has embarrassed San Antonio.”

Nirenberg in turn accused Brockhouse of a “lack of vision for the future,” and said it was “time to get back to important issues.”

The Texas Legislature affirmed Chick-fil-A’s religious liberty by passing in May Senate Bill 1978, which religious liberty advocate Texas Values dubbed the “Chick-fil-A bill.” Gov. Greg Abbott has signaled he will sign the bill, designed to prevent discrimination based on a person’s religious beliefs and conscience, including biblically based views of marriage.

Chick-fil-A has long maintained it does not discriminate based on religious beliefs and has no political agenda.

“Chick-fil-A did not initiate, nor are we involved in this investigation,” Chick-fil-A told the Business Chronicle regarding the FAA investigation. “We are a restaurant company focused on food and hospitality for all. We are grateful for all our customers and are glad to serve them at any time.”

Objections to Chick-fil-A are fueled by the LGBT community and stem from CEO Dan Cathy’s 2012 statement that he supports a “biblical definition of the family.”

The Chick-fil-A Foundation has defended its charitable contributions.

“The work of the Foundation is committed to youth and education,” the foundation said in a March 21 press release. “The Foundation’s giving helps with economic mobility of young people by focusing on homelessness and poverty, education, and community revitalization, and is done with no political or social agenda.

“The narrative that our giving was done to support a political or non-inclusive agenda is inaccurate and misleading,” the foundation said.

Chick-fil-A states as its purpose, “to glorify God by being a faithful steward of all that is entrusted to us and to have a positive influence on all who come into contact with Chick-fil-A.” All chain locations are closed on Sundays.

The original story can be found at: http://www.baptistpress.com/53028/tx-sues-san-antonio-for-chickfila-decision-docs 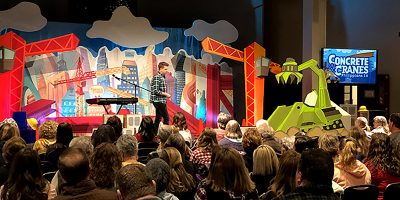