But faculty adviser Jill White hopes it's not too late for the paper.

by: Emily McFarlan Miller
CHICAGO, May 7, 2019 (RNS) — After 84 years, Moody Bible Institute no longer will publish a student newspaper.

The administration of the historic Christian college recently informed staff of The Moody Standard that it will close the newspaper, pointing to changing budget priorities.

But faculty adviser Jill White hopes it’s not too late for the paper.

In an op-ed last week in The Moody Standard titled “No Journalism on Campus Leaves Us with Fake News,” White called on readers to reach out to to the school board, alumni association and the president’s or the provost’s offices to save the newspaper.

She argued the hole left by its closure will be filled by “underground” publications and social media debates about crucial issues that won’t get the same vetting as pieces in The Moody Standard.

“We have always been willing to make the sacrifices necessary to keep a news outlet on campus for one very important reason: the loss of a venue that encourages investigation, interviewing, impartial reporting and fact-checking leaves a vacuum that is unlikely to be filled with more of the same,” she wrote. 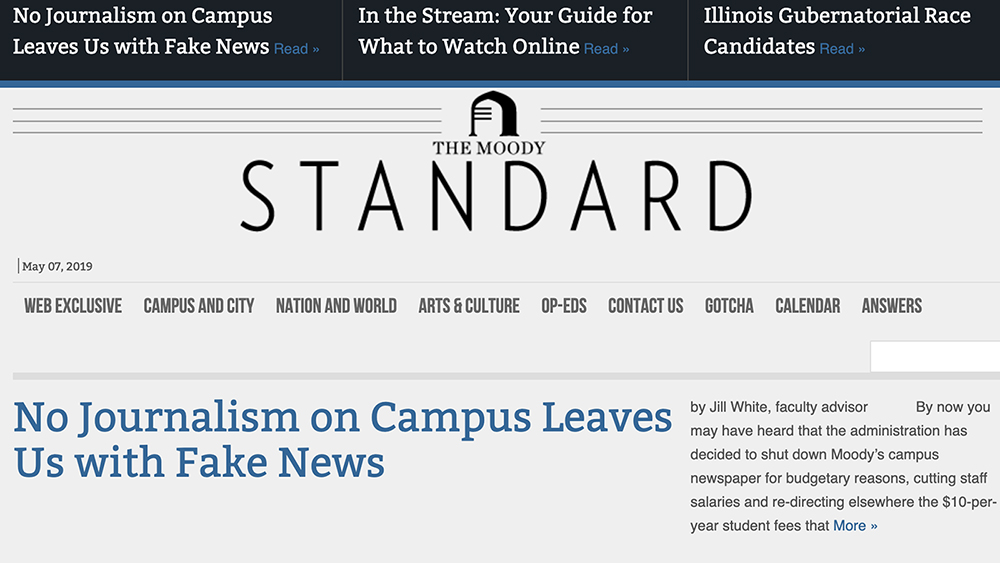 “A Christian campus MUST embrace good journalism. As a discipline, journalism seeks the truth, unvarnished by bias or presumption,” she wrote. “This doesn’t mean that it always succeeds — it’s nearly impossible for any (fallen) journalist to completely remove his or her worldview from the work. But good journalists try.”

Reaction from readers to White’s piece was mixed.

Some commenters mourned the loss of the student newspaper on The Moody Standard’s Facebook page. Others alleged the paper was “one-sided,” “liberal” and “espoused ideas that are directly opposed to Moody’s values and beliefs and sometimes even incompatible with orthodox Christianity.”

A number of Christian schools have clashed with their student newspapers in recent years.  A recent survey of schools affiliated with the Council for Christian Colleges and Universities in the United States found that those schools often try to control the news students are allowed to publish.

But Brian Regnerus, director of public relations for Moody Bible Institute, said in a written statement to Religion News Service that the college’s decision was purely budgetary.

“The decision to no longer fund The Moody Standard was not an isolated one, but prayerfully considered as a part of our ongoing strategic desire to steward resources in a way that achieves strategic balance in our education department and better serves students,” Regnerus said.

He also pointed out that the paper is not part of an academic program.

“The Moody Standard is not connected to any curriculum in the undergraduate school or the Communications program, itself. Education leadership therefore decided to reallocate resources to better serve student’s needs in the area of tutoring support and counseling, without needing to raise any student fees,” he said.

In her op-ed, White said the paper was funded by a $10 annual student fee. She also said that staffers have suggested changes to make it easier for the school to budget for the paper but that the school has not embraced their ideas or allowed them to use ad revenue to defray expenses.

The Moody Standard, formerly called the Moody Student, is Moody Bible Institute’s longest-running club, according to the student newspaper.

« Rachel Held Evans, Christian writer of honesty and humor, dies at age 37 (Previous News)
(Next News) How abortion unified Catholics and evangelicals to become a power on the right » 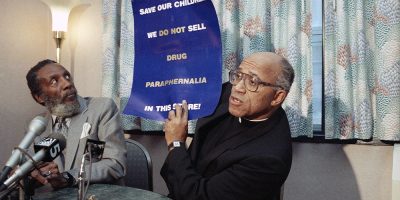