He and his father, a Pakistani immigrant, bonded by watching games on TV. His mother, a Mexican immigrant, used to get them standing-room tickets to games at Wrigley Field.

“It was our thing growing up,” he told Religion News Service. “It was our American thing to do together.”

So it felt a bit jarring for him to read Joe Ricketts’ emails.

A series of leaked emails from the billionaire patriarch of the family that owns the Cubs revealed that he had been sharing racist, anti-Muslim jokes and conspiracy theories with friends and family for years.

“It was a slap in the face,” Shahbaz, a Muslim, said. “We just want to watch the games without feeling alienated. I don’t think that’s a lot to ask for. But I guess this kind of Islamophobia and ignorance is just American life now.”

The emails, which Splinter News published on Monday (Feb. 4) and include messages from 2009 to 2013, call Muslims his “enemy” and refer to Islam as a “cult” that is a “dangerous element in our society.”

Several messages written or shared by Ricketts claim former President Obama was secretly a Muslim planted in the White House by Saudi Arabia, that Obama had a Shariah-driven jihadist agenda and that he favored Muslims at the expense of Christians and Jews.

“I feel like this is just a continuation of the assault on Christianity in America,” he wrote in 2010.

In one 2012 email, the billionaire wrote that “we must be constantly vigilant against the antagonism and aggression of Muslims against us,” and he said he was considering having a book written about how “Islam crosses the line from religion to a cult.”

Chicago Mayor Rahm Emanuel issued a strong statement against Ricketts’ emails as “bigoted opinions,” as did the Council on American-Islamic Relations’ Chicago chapter.

Both Ricketts and the Cubs management have issued apologies since the leak.

“I deeply regret and apologize for some of the exchanges I had in my emails,” Ricketts said in a statement in response to the public leak. “Sometimes I received emails that I should have condemned. Other times I’ve said things that don’t reflect my value system. I strongly believe that bigoted ideas are wrong.”

The family patriarch sold 34 million shares of TD Ameritrade to help purchase the Cubs a decade ago; all four of his children are co-owners of the team through their family trust. But Tom Ricketts was quick to distance himself and the team from his father in a statement denouncing the “racially insensitive emails.”

“Let me be clear: The language and views expressed in those emails have no place in our society,” Tom Ricketts said in his statement. “My father is not involved with the operation of the Chicago Cubs in any way. … These emails do not reflect the culture we’ve worked so hard to build at the Chicago Cubs since 2009.”

But Muslim baseball fans told RNS that the statement from Ricketts and the Cubs came across as insincere. They took issue with the team’s attempt to distance itself from Joe Ricketts.

“They’re trying to walk it back with a PR statement and say he’s not the owner, but it’s his money,” Shahbaz said. “His money paid for the team.”

“Sorry, but he is the owner. He and his kids own the team,” said Ahmed, who co-founded the feminist sports podcast Burn It All Down. “And sorry, Joe, you can’t just give a non-apology saying that you’ve said and done things that aren’t who you truly are.”

Rummana Hussain, a Muslim and Chicago native, questioned whether the apologies were sincere.

A Cubs fan since her early teens, Hussain says she probably will use her season tickets this year.

But she expects that “t’ll be hard to walk into Wrigley for the first game.”

“The fact that someone in this powerful, privileged position was writing about how Muslims are the enemy because of their bigotry toward non-Muslims while showing his own bigotry toward Muslims, is dangerous,” Hussain, who works as an assistant editor at the Chicago Sun-Times, said. “We’re not the enemy. Has he ever even met a Muslim?”

In September 2010, Joe Ricketts forwarded a story about a prison imam who said that Muslims must kill all non-Muslims. His son Pete responded, suggesting that his father check Snopes.com before passing such stories along.

Joe Ricketts dismissed him: “Thanks Peter. However, I think Islam is a cult and not a religion. Christianity and Judaism are based on love whereas Islam is based on ‘kill the infidel’ a thing of evil.”

In another email, he said he was “tired” of “Political Correct, Multicultural and Diversity aspects of our culture.”

“What he essentially said is that if you’re Muslim, if you’re not a white Christian, then there’s no place for you here,” Ahmed, the sports activist, said. “That goes against the spirit of America’s favorite pastime. Do Muslims have to put their identity in their pockets in order to love this team?”

One diehard fan says she’s long been with tussling with this question.

“I spend most of my time as a baseball fan trying to keep the sport apolitical,” said Chicago native Rimsha Ganatra, who became an obsessive Cubs fan as a sophomore at Northwestern University. “But it’s like hit after hit. … When do I have to stop loving my team because of my faith and my identity?”

After the leaked emails were published, Ganatra wrote her own email to the Cubs challenging the organization to actively engage with Muslim fans. “My life as a baseball fan is intertwined with my existence as a Muslim American,” Ganatra wrote.”Before every game of the 2016 World Series I spent an extra 30 minutes praying for the Cubs to win.”

On Game 2 of the National League Division Series, Cubs versus the San Francisco Giants, the Cubs’ Twitter account reposted a photo she had taken of her â€” wearing the full niqab, or face veil – celebrating with her nephew. For her, that felt like “a personal holiday.”

Her computer background is still a photo of Wrigley Field, and her phone background is a photo of home plate. “I were as passionate about something else as I am about baseball, I’d have a master’s degree by now,” she said. “But I’m sitting here spending all my hours watching every single game. And to know that this organization doesn’t love me the way I love it is kind of upsetting.”

Ganatra pointed to the New York Mets’ decision to host its first Muslim American Day at Citi Field Stadium in 2018, where over 800 Muslims were escorted onto the field in a pre-game ceremony. Organizers with the South Asian Sports Network provided a prayer space, offered halal food and announced the call to prayer.

“It’s a small thing that would mean so much,” Ganatra said. “It’s about getting that true baseball experience of eating a hot dog and ice cream, singing along to “Go Cubs Go” and knowing that the organization sees you and recognizes you as a fan.”

And if the Cubs do decide to hold a Muslim night, “then I want to throw the first pitch,” Ganatra said. 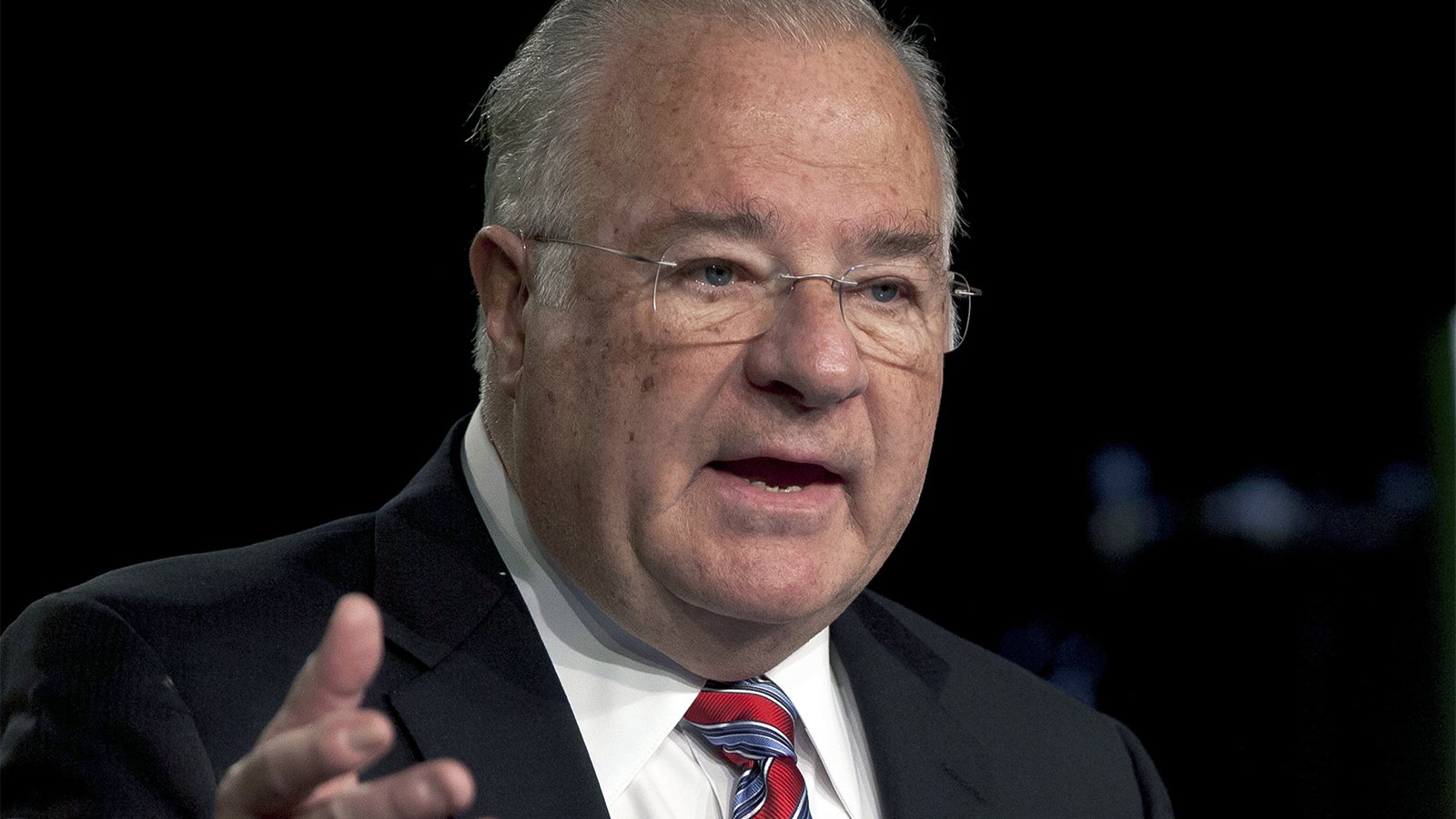 Online brokerage TD Ameritrade founder Joe Ricketts speaks at the company headquarters in Omaha, Neb., on Feb. 14, 2012. The patriarch of the family behind the Chicago Cubs has apologized after an online media outlet published emails in which he took part in racist comments and conspiracy theories. Some of the emails Splinter News published on Feb. 4, 2019, featured Ricketts making Islamophobic comments. Others included conspiracies about former President Obama’s birthplace and education. Ricketts apologized for the emails, saying he believes “bigoted ideas are wrong.” (AP Photo/Nati Harnik)

Aysha Khan is a Boston-based journalist reporting on American Muslims and millennial faith for RNS. Her newsletter, Creeping Sharia, focuses on Muslims in the U.S. Previously, she was the social media editor at RNS.

The original story can be found at: https://religionnews.com/2019/02/05/in-leaked-emails-chicago-cubs-patriarch-joe-ricketts-peddles-anti-muslim-conspiracies/ 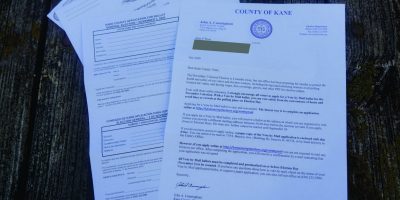 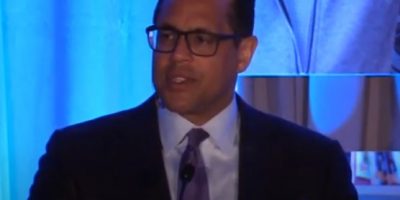