Philip A. Nohl, play director and ACC drama instructor, said the production will be live streamed on auroracentral.com and before an audience limited to 50 seats for families of actors.

He added, “Beautiful recorded bluegrass music frames an unbelievable true story of a young couple who has a baby. The father’s dad does not want the child so he puts it up for adoption. The story is told by Alice, the baby’s mother, as she reflects on what happens to her in the 1940’s and 1920’s.

Nohl said he hopes to raise $4,000 from ticket sales and donations to fund next year’s productions. Donations may be made on auroracentral.com. 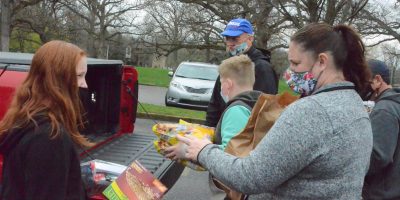