Thomas said he decided to attend the celebration at the suggestion of his father, who read about the Camaro in a local newspaper.

According to Thomas, his geotechnical contracting firm, has helped with foundation work for three Habitat homes.

Habitat came up a winner with a $175,000 donation from Steven and Dave McCormick for a 2021 Habitat project in Batavia. The brothers are president and vice president, respectively, of Centennial Mortgage in Aurora.

Steven McCormick, Habitat board chair, introduced the future Batavia homeowner, Janice Owino of Aurora, who will occupy the house with her husband George.

Rev. Jeff Barrett, Habitat CEO and executive director, announced the ReStore’s opening has been delayed for two to three weeks.

Founded in 1988 in Aurora, Fox Valley Habitat is based at Genesis Community Church in Montgomery. A Habitat warehouse is at 250 S. Highland Ave. in Aurora. Current projects are two homes underway on Aurora’s East side by Habitat volunteers

The non-denominational Christian housing ministry partners with people in need to deliver affordable shelter. More than 200 residents of Aurora, North Aurora and Montgomery have been served through 62 new or upgraded homes.

Volunteers and donations of funds and materials are needed to continue the ministry. Call (630) 206-5038 for more information. 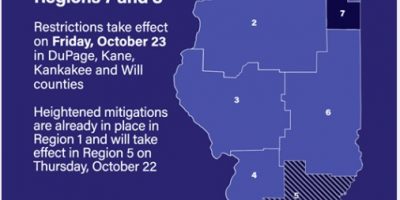 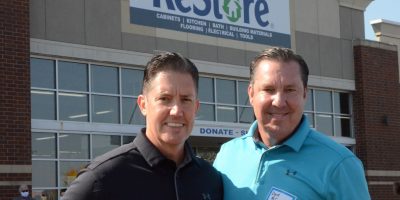