House Speaker Nancy Pelosi announced the tribute for Ginsburg on Monday. A formal ceremony will be held there by invitation only because of concerns about the coronavirus.

The associate justice who died Friday (Sept. 18) will lie in repose at the Supreme Court on Wednesday and Thursday, as have several of her departed colleagues — Justices John Paul Stevens, Antonin Scalia and Chief Justice William H. Rehnquist.

But on Friday, she will also lie in state in the U.S. Capitol’s Statuary Hall, the first woman to do so. And, notably, the first Jew.

Ginsburg died at the age of 87 of complications from pancreatic cancer, just as Jews were celebrating the new year.

READ: Ruth Bader Ginsburg, who died Friday, was shaped by her minority faith

House Speaker Nancy Pelosi announced the tribute for Ginsburg on Monday. A formal ceremony will be held there by invitation only because of concerns about the coronavirus.

The tradition of lying in state in the U.S. Capitol has mostly been reserved for presidents, members of Congress and military leaders. Most recently the body of John Lewis, the late Georgia congressman and civil rights icon, lay in state. Others have included Elijah Cummings, the congressman from Maryland; Sen. John McCain of Arizona; and former President George H.W. Bush.

Notable Americans who did not serve in government lie “in honor” rather than “in state.” They have included the Rev. Billy Graham and Rosa Parks.

Only one other Supreme Court justice has been honored by lying in state in the U.S. Capitol — William Howard Taft, who was also president from 1909 to 1913, before being appointed to the Supreme Court.

But Ginsburg, who developed a cultlike following during her 27 years on the court, especially among women, is being appreciated as a legal trailblazer who paved the way for women’s equality. Acquiring the moniker “Notorious RBG” as she got older, the 5-foot-1 justice who decorated her robes with lace collars was viewed not only as a model feminist, successfully knocking down legal obstacles for women, but as a champion of equality for all Americans.

For Jews, however, the tradition of lying in repose, or lying in state, is a difficult one. Jewish law requires that burial take place as soon as possible after a death, typically within 24 hours. The idea is that it is discourteous to leave the dead unburied.

There are exceptions to the 24-hour rule. Jews may not be buried on Shabbat, the Jewish sabbath, or on the first days of major holidays.

Burials may also be pushed beyond 24 hours to allow for an autopsy or when the body has to be flown great distances for burial. Most commonly the rule is lifted to allow close relatives to travel for the funeral.

“In reality, burial usually happens within two days, unless Shabbat or a holy day intervenes,” said Rabbi Jeffrey Salkin of Temple Israel in West Palm Beach, Florida, and an RNS columnist. “But, a week or more? It’s Jewishly jarring.”

No date has been set yet for Ginsburg’s funeral at Arlington National Cemetery, where she will be buried beside her husband, Marty Ginsburg.

One possible reason for the flouting of Jewish tradition? Ginsburg, though a very proud Jew, was not a religious one. She adorned her chamber with the phrase from Deuteronomy “Justice, justice you shall pursue.” But she attended synagogue mostly on the Jewish High Holidays — typically the Kol Nidre service on the eve of Yom Kippur.

Her Judaism was more an identity than a devotional practice. And she was extremely proud of her ascension to the Supreme Court and wanted to partake in all its traditions.

“I think that Justice Ginsburg, like other American Jews who make it onto the national stage, find themselves torn between Jewish law, which mandates a rapid burial, and American norms that allow for viewing and lying in state,” said Jonathan Sarna, a professor of American Jewish history at Brandeis University. “What we’re seeing here is an effort on the part of the family to balance those two identities and norms.”

In this, too, Ginsburg is blazing a new trail. 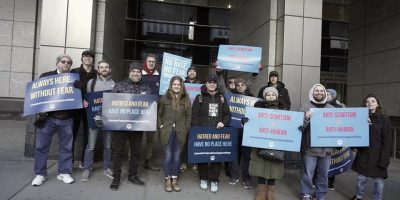 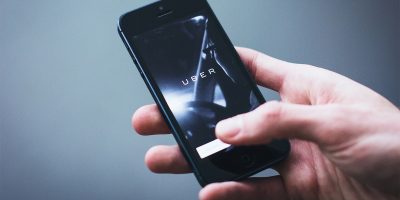