by: Ron Ribiat
HOUSTON, Texas, Sept. 3, 2020 — With a 40 percent jump in the number of Americans going hungry due to COVID-19, a group has launched a new way to tackle the nation’s surging hunger epidemic.

The group’s new online Tackle Hunger Map — an interactive tool created by the Souper Bowl of Caring movement — links individuals, churches, schools, and civic groups with local food charities so they can respond immediately to the most urgent needs in their communities.

“With nearly half of America’s families unsure how they’ll afford groceries due to COVID-19, our goal is to inspire people to give locally and make a collective impact on hunger,” said Alison Reese, executive director of Souper Bowl of Caring.

So far this year, more than 5,000 schools, churches, businesses, and civic groups across the U.S. have collected cash and food donations totaling $10.6 million for thousands of local hunger-relief efforts through Souper Bowl of Caring nationwide.

Due to massive COVID-19 job losses, hunger has reached epidemic levels in America. According to No Kid Hungry, 47 percent of families are now living with hunger. Black and Latino families are the hardest hit, with more than half of family wage earners losing their jobs or having hours reduced.

Four out of 10 families say they’ve skipped paying bills, such as rent, so they could buy food.

Hunger-fighting groups across the nation will need to collect enough donations to supply an incredible 14 billion meals over the next 12 months, Reese said.

For more than 30 years, Souper Bowl of Caring has used its signature campaign before the Super Bowl to draw attention to Americans “without a bowl of soup to eat.”

Its grassroots network gets help fast to those who need it the most. More than two million young people and thousands of local organizations have provided $163 million in aid to help feed families in all 50 states.

The Tackle Hunger Map shows people where they can find their closest food bank or food pantry, giving them an easy way to donate or host a food drive. Food charities can list their own specific needs, so people know what items are in short supply.

“We invite people to check out the Tackle Hunger Map and see how they can get involved to help their local food charities during this difficult time when so many of our neighbors are staring hunger in the face,” Reese said.

The Souper Bowl of Caring is a national youth-led movement to tackle hunger in local communities by supporting the grassroots efforts of local food charities and food banks. The movement traditionally uses the energy surrounding the Super Bowl to get people involved in local hunger-fighting efforts. 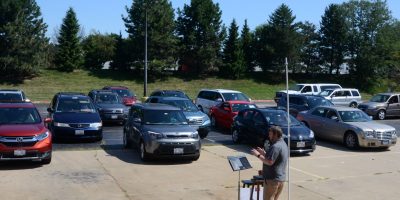 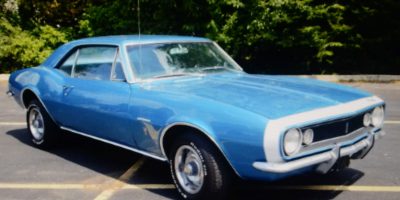