by Liz Tablazon/Biblical Recorder
SAN DIEGO, Jan. 17, 2020 (BP) — The San Diego Southern Baptist Association (SDSBA) and the North American Mission Board (NAMB) are standing behind a British church planter and his family who are facing deportation at the end of the month.

Obed Brefo, pastor of King’s Cross Church in San Diego, and his wife Elena were working toward extending their religious (R1) visa and applying for permanent residency and eventual U.S. citizenship when the church sponsoring their visa terminated their application in 2018.

“When we started seminary [in 2010] … the goal was to graduate and head back to England to start a church,” Brefo said in an interview with the Biblical Recorder Jan. 15. “But after being here for five, six years, we really began to look around and see the need around us in southern California.”

In 2017, Brefo learned of an opportunity through NAMB to plant a church in one of the least churched neighborhoods of San Diego.

First Baptist Church of Pacific Beach, then under interim leadership, agreed to sponsor Brefo and host King’s Cross in their facilities, providing him an office and the new church space for their services.

The Recorder contacted FBC Pacific Beach for a comment but had not received a response at the time of publication.

SDSBA became Brefo’s sponsor, but last week the Brefos learned the couple’s application for green cards was denied because of inconsistencies in their visa status, referring to the 2018 cancellation.

Obed and Elena, along with their three children who were all born in the U.S., must now leave the country by the end of the month. When they arrive in England, the couple will refile for a new R1 visa in hopes of returning to California by February 2021.

“It’s so challenging for us as a family,” Brefo told the congregation in an announcement Jan. 12.

“This church is our home. You guys are our people,” Elena said through tears. “None of us want to leave. We’re still shocked, to be honest.”

King’s Cross, which now meets at a different location in San Diego, is a “thriving” church, according to Brefo and Mike Carlisle, SDSBA director of missions. Brefo said members “stepped up” when they heard the news and committed time and resources to help the family with the transition.

“Our San Diego association stands behind Obed in his attempt to finalize his immigration process. We are his sponsor and would love to see something worked out for him to stay and continue pastoring the new church. It [the church] is going very well,” Carlisle told the Recorder.

The congregation will rely on guest preachers and video sermons Brefo plans to record from England, continuing a sermon series in Acts.

“I’ve got incredible leaders on the ground that will take care of a lot more of the discipling and administrative responsibilities that need to be done.. I can do a lot remotely across the pond, as well,” Brefo said.

NAMB expressed support for the family and church.

“Our city missionary in San Diego has been closely involved and is working with Obed and the church plant,” a NAMB spokesperson told the Recorder. “He is working to be sure the church is well led and cared for in Obed’s absence. The church loves Obed, and everyone is praying he will be able to come back and continue to be their pastor. We are doing everything we can to support the church and Obed during this process.”

The Pacific Beach neighborhood is known as a “graveyard for church plants,” Brefo said. “We haven’t been surprised by these intense challenges…. We’re praying this actually really brings about incredible things.”

The original story can be found at: http://www.baptistpress.com/54191/namb-san-diego-association-back-church-planter-facing-deportation

« Review: The hero of the film ‘Just Mercy’ could be you (Previous News)
(Next News) Trump affirms religious liberty in schools » 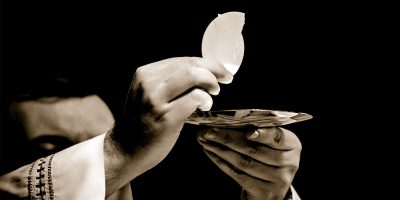 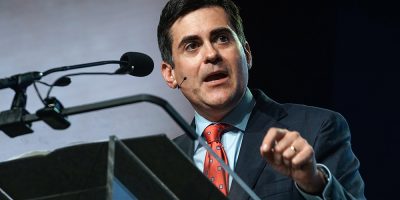