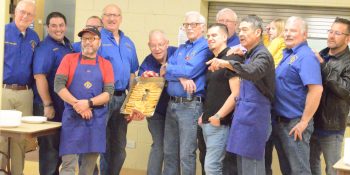 The Matt Erion Dodecaband, a 12-piece Aurora group, will perform a variety of spiritual music from Dixieland to swing to gospel and R&B. 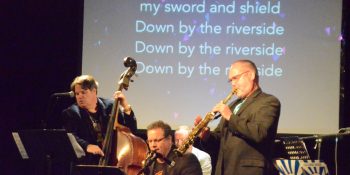 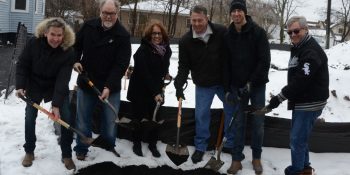 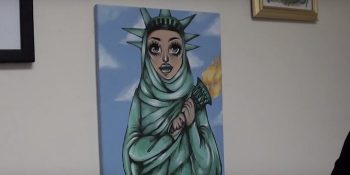 While women in Iran, Saudi Arabia, and some Muslim-majority countries are facing imprisonment, torture,  and, sometimes, acid attacks for removing the hijab, a Muslim woman in New York, Nazma Khan, came up with the idea of promoting hijab in the West and founded the annual event, “World Hijab Day,” in 2013. Khan tells her story of being called “Batman” and “ninja” in school for wearing a hijab. She concluded that “the only way to end discrimination is if we ask our fellow sisters to experience hijab themselves.” World Hijab DayRead More 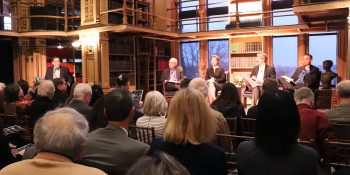 by: Adelle M. Banks WASHINGTON, Jan. 24, 2020 (RNS) — Polarization in American Christianity — and American politics — may be at its highest in recent memory, but experts on the role of faith in public life nevertheless have some hope about ways to address it. Panelists at a Georgetown University discussion on “Christians in American Public Life” suggested on Thursday (Jan. 23) a few remedies even as they held up recent reaction to a Christianity Today editorial as Exhibit A of the divisiveness in the country as President Trump’sRead More 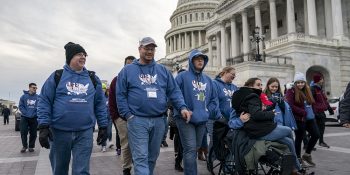 by: Paul O’Donnell Jan. 24, 2020 (RNS) — President Trump’s appearance at the annual March for Life in Washington on Friday (Jan. 24) — the first time any president has spoken in person at the event — shows how central the issue of abortion is for his reelection prospects. It also reflects how important Catholic voters will be this fall. The March for Life is officially non-religious, but the most sizable contingent of marchers will be thousands of Catholics from across the country. This year’s march takes place at aRead More

"We command all satanic pregnancies to miscarry right now," she said. 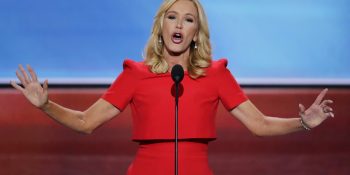 by: Bob Smietana Jan. 26, 2020 (RNS) — A video clip featuring presidential adviser Paula White praying about “satanic pregnancies” raised eyebrows on social media on Saturday (Jan. 25). In the video clip, White, who was named special adviser to the White House Faith and Opportunity Initiative in November, leads a prayer of protection against spiritual attacks targeting Christians, President Trump and the United States. “We interrupt that which has been deployed to hurt the church in this season. That which has been deployed to hurt this nation, in theRead More 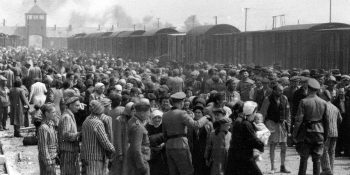 by: Yonat Shimron Jan. 22, 2020 (RNS) — A new poll suggests Americans know about the Holocaust, the genocidal campaign against European Jews, but they’re fuzzy on the details. Most Americans (69%) know the Holocaust took place roughly between 1930 and 1950. And they know the Nazis created ghettos where Jews were forced to live (63%). But knowledge declines after that. The new Pew Research Center poll of 10,971 Americans shows that fewer than half of Americans can correctly cite the number of Jews killed in the Holocaust — 6Read More

he Grammy-nominated, chart-topping Christian singer and songwriter's love and loss of Melissa is the focus of the upcoming biopic "I Still Believe." 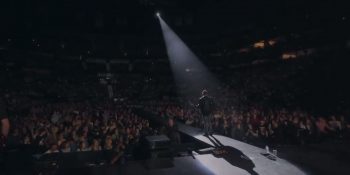 by Diana ChandlerNASHVILLE, Jan. 22, 2020 (BP) — Jeremy Camp was driving down California’s Big Bear Mountain, fasting and praying for a breakthrough from pain and grief. Melissa had died only three months after their wedding. Camp sought solace in the mountains, he recalled in an interview with Baptist Press Tuesday (Jan. 21), nearly 20 years later. It was his song “Walk by Faith,” still on a demo that day in 2001, that helped him heal. “I remember saying, ‘I will walk by faith, even when I cannot see, becauseRead More 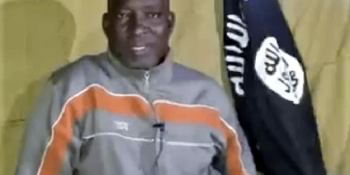 by Diana ChandlerNortheast Nigeria, Jan. 21, 2020 (BP) — Boko Haram insurgents have killed a Nigerian pastor they kidnapped weeks ago, news media said Tuesday (Jan. 21), amid a resurgence in northeast Nigeria of the splintered terrorist group blamed for Christian genocide. Terrorists killed Lawan Andimi yesterday (Jan. 20), according to Today.NG, which described Andimi as a Michika pastor who led a local chapter of the Christian Association of Nigeria (CAN). Andimi died as several Boko Haram attacks signal a resurgence of the group in northeast Nigeria, including an attackRead More