While women in Iran, Saudi Arabia, and some Muslim-majority countries are facing imprisonment, torture,  and, sometimes, acid attacks for removing the hijab, a Muslim woman in New York, Nazma Khan, came up with the idea of promoting hijab in the West and founded the annual event, “World Hijab Day,” in 2013.

Khan tells her story of being called “Batman” and “ninja” in school for wearing a hijab. She concluded that “the only way to end discrimination is if we ask our fellow sisters to experience hijab themselves.”

World Hijab Day takes place on February 1st each year in many countries worldwide. While its stated purpose is to encourage women of all faiths and cultures to wear and experience the hijab, the event seeks to normalize a Sharia law ordinance that oppresses women.

Islam is a shame culture; its Sharia law mandates that women must cover everything except the hands and face in front of unrelated men (Muslim non-Muslim). Even though the Quran is not specific about the body parts a pubescent female Muslim must cover, it is clear about the reason behind hijab. It is mandated in order to curb the sexual desires of men, and help them not gaze at women:

“Tell the believing men to reduce [some] of their vision and guard their private parts. That is purer for them. Indeed, Allah is Acquainted with what they do.

According to a Palestinian woman who lives in the southern suburbs of Chicago (called “Little Palestine”) and who spoke on condition of anonymity, women in the Palestinian Territories have more freedom to choose whether to cover or not, than women who live in those Chicago suburbs.

Thousands of Palestinian and Jordanian Muslims live in those suburbs of Chicago and have created a ghetto-like community that pressures women to conform to fundamentalist practices of Islam.

The largest Islamic center in Bridgeview, the Mosque Foundation, is controlled by radical elements who support the Palestinian terrorist organization Hamas. In more than two decades, the Foundation has spawned many Islamist organizations that preach hate towards the West, promoting extremist ideologies of Islamic supremacy.

In addition, such Islamist organizations have been trying to dupe non-Muslim faith communities through engaging them in interfaith dialogue.  Promoting the Hijab Day is one of the political ploys they use.

Illinois Family Institute reported, “(…) misguided non-Muslim teachers and students in public schools around the country adopted the religious practice of hijab all day on Feb. 1, including schools right here in Illinois.”

Last year, during the Islamic month of fasting, Ramadan, The Chicago Tribune  published an interview with six Chicago-area women “about why they wear the hijab…”

The Tribune  emphasized statements like, “The hijab can be a very American assertion of the right to self-expression. It can be flat-out feminist.” However, many women in the Islamic world are chafing under its yoke and risk their lives to remove it.

According to the American Thinker, Asra Nomani, co-founder of the Muslim Reform Movement, has previously explained that the hijab is used by Islamists to enforce their ideology and an expression of an honor-shame social system at odds with U.S. notions of liberty.

Nomani emphasized:   “We have to be smart about the ideology that is putting this idea into the world that a woman must be defined by her idea of modesty, that she is the vessel for honor in a community. And I believe that we have to be very pragmatic, too, about the consequence of this. Women in Iran and Saudi Arabia are jailed, punished and harassed if they don’t cover themselves legally, according to the standard of those countries. So, the consequences for many women is oftentimes very dark.”

While I agree the hijab should be a matter of choice, one of the women interviewed, Saeda Sulieman, expressed the influence of the patriarchal traditions and Islamist ideology behind the hijab. Sulieman said, “If I don’t wear the hijab, I feel less secure, less powerful.”

The article noted that Suleiman is president of the Muslim Student Association (MSA) at her school. What the article fails to note is that historically the MSA was founded as an arm of the Islamist Muslim Brotherhood, with an objective to spread a political ideology that seeks to promote theocracy and establish Sharia, or Islamic law, as the law of the land.

In 2018, in an effort to normalize this one symbol of Islamist patriarchy, the MSA “held a World Hijab Day event in which students could try on hijabs during lunch and ask questions.”

Americans, especially women, should side with the oppressed women of the Middle East, and learn more about the plight of women in traditional Islamic communities. Westerners should not be deluded by Islamists who are using the hijab as a ploy to gain influence and power in American Muslim communities. 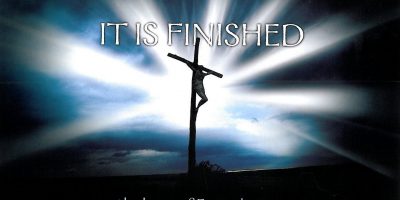 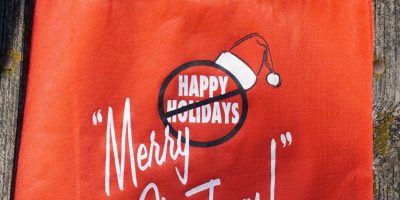