“It’s intentional, being a reconciler.” 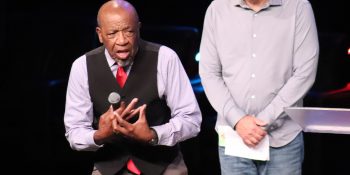 by: Adelle M. Banks Editor’s Note: The speaker uses a racial epithet in his first answer. KELLER, Texas, Nov. 21, 2019 (RNS) — When longtime reconciliation advocate John Perkins took the stage at a conference of multiethnic church leaders, they gave him a standing ovation and kept standing as he counseled them. “You will find me in the so-called white church; you will find me in the so-called black church. But I’m there to be redemptive,” he told them. “It’s intentional, being a reconciler.” At almost 90, Perkins, a civilRead More

Wright, a retired Anglican bishop and now chair of New Testament and early Christianity at the University of St. Andrews in Scotland, is author more than 80 popular and academic books about Christianity and the Bible.

N.T. Wright explains the world of the New Testament in new book 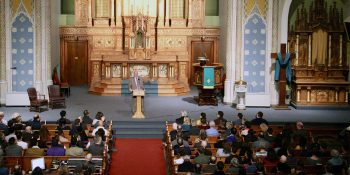 by: Emily McFarlan Miller CHICAGO, Nov. 21, 2019 (RNS) — New Testament scholar N.T. Wright has spent most of his life teaching people how to study the New Testament. And the most important thing, he says, is getting the context right. Without that context, it’s “fatally easy for people to distort bits of Christianity,’” Wright said. “If we ignore the context, we can make the New Testament stand on its hind legs and dance around the room and play to our tunes — and that that has always been theRead More

Hesham Shehab: Can Islam Transform the West?: The Evidence Considered