Elsewhere in China, restrictions barring foreigners from worship most recently affected a group of 80 students from Africa, according to religious liberty advocate Bitter Winter. Under the guise of “preventing foreign infiltration through religion,” China prohibits foreigners from attending Three-Self churches and denies them the opportunity to form separate congregations, Bitter Winter reported Oct. 15.

Gou was held in a government basement for a portion of his imprisonment, ICC reported, and had refused to divulge his computer and cellphone passwords.

“What great news to know that Gou is finally free. But the Chinese government has not relented on the persecution of Christians,” Gina Goh, ICC’s regional manager for Southeast Asia, said at persecution.org.

Police returned Gou to his home in Bazhou City, where he is said to be recovering after his vision deteriorated in prison. China previously imprisoned Gou 10 years, before he accepted Christ, when as a reporter he wrote about China’s inhumane treatment of prisoners. He accepted Christ in 2016, ICC said.

Others are still imprisoned in China, where Christians are among several persecuted religious minorities including Uighur Muslims, Tibetan Buddhists and Falun Gong.

“ERCC pastor Wang Yi and elder Qin Derfu are still criminally detained on trumped up charges and their lawyers and family have not been able to see them, even after 10 months,” Goh said. “We should continue to put pressure on Beijing so that they will be set free. None of them deserved imprisonment in the first place.”

Wang is charged with “incitement to subvert state power” and “illegal business activities,” ICC reported in July. As recently as August, Qin’s wife had not been informed of charges against him and was denied information on any case against him.

Police arrived at the megachurch in Anhui Oct. 18 in the middle of worship and demolished the church before members and leaders could save any property or belongings, reported China Aid among many religious liberty advocates.

“This is yet another clear example showing the escalation of religious persecution today by the Chinese Communist regime,” ChinaAid President Bob Fu said in a press release. “The total disregard of religious freedom’s protection as enshrined in the Communist Party’s own Constitution tells the whole world President Xi &#91;Jinping&#93; is determined to continue his war against the peaceful Christian faithful. This campaign will surely fail in the end.”

The church holds 3,000 and is generally full during worship, ICC said. Members kneeled and begged officials not to destroy the church or to at least let them retrieve their property. China continues a spree of persecution that has accelerated under Xi.

Eighty Christian students from Africa were still having difficulty finding a place to worship in China, Bitter Winter reported, a month after the government barred them for a Three-Self church in Liaoning.

“We just want to have a place to congregate,” Bitter Winter quoted one of the students Oct. 15 at BitterWinter.org.

The international students were driven from the church weeks after the government held an “anti-religious infiltration” symposium in August and questioned members of the church about foreign visitors, a church member said.

“In our hearts, we were unwilling to see them leave,” Bitter Winter quoted a church member.

In Hubei, more than 40 African students worship under the guise of birthday parties or other gatherings after the government barred them from a church, Bitter Winter said.

“I don’t understand why China’s rulers won’t allow foreigners to hold religious gatherings,” the student told Bitter Winter. “This has forced us to practice our faith in hiding.”

The restriction reportedly applies to all religious groups with foreign ties.

The original story can be found at: http://www.baptistpress.com/53823/china-frees-christian-prisoner-amid-ongoing-persecution 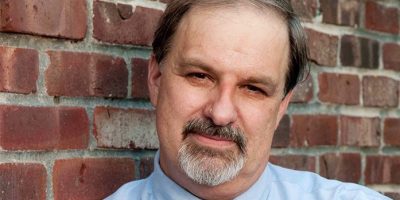 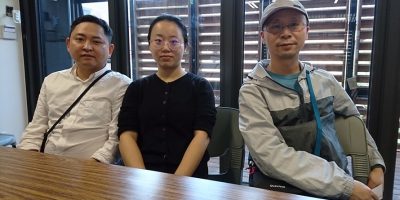